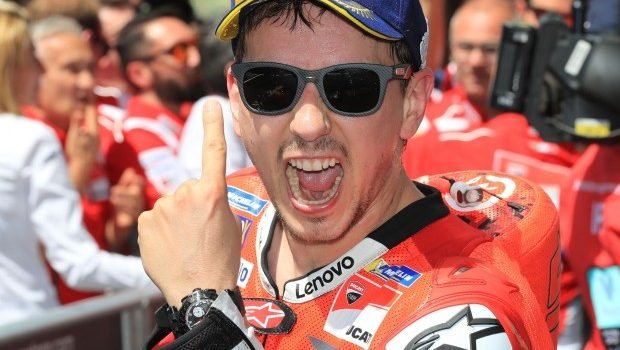 “You are like the struggling soup-chicken. You are terminado! Your old Tavullian bones cannot handle the fire I bring to the track. I pass like the sex-grease through the broken anus of the losers.”

You are like the struggling soup-chicken as it’s lowered into the pot. You are terminado! Your old Tavullian bones cannot handle the fire I bring to the track. I race like the hammer of wind. I pass like the sex-grease through the broken anus of the losers.

I have tied up the sad-eyed idiota and locked him in the cupboard where he keeps his shameful race leathers that are slick with the sheen of his failures! I am recording how he weeps like a cancerous donkey so I can play it back to him every day.

The puta with all the teeth of all the horses who have been sold to make the glue that sticks my heroic knee-sliders to my buttered Mallorcan knees, even he has bowed his empty head to me. He will not smile again.

Because I am kind, I have provided Gigi with pads for his ancient knees so when he brings me my chilled agua mineral, I will not hear his old-man cartilage cracking and popping.

I think I will take out his eyes so I can no longer see the guilt and regret and remorse that shine from them each time he comes to remind me of his failures.

You were so slow in Austria I thought you had started the race in Belgium. But it is where you belong, back with the fat-faced English orangutan Bradl Smith, the English criminal Redding, and that rubbish little waiter from Bali who smells like the boiled peanuts.

You can show them what happens when all of your seventeen legs fail to pedal you past the first seven rows of the grid. Maybe next time I will lap you so that you can see how the hammer is buttered, yes? Hahahaha!

I have sent you a video of the race. I know you did not see how the Mamba raced to victory. You were very far behind, and your visor was foggy because the cataracts in your eyes were leaking like the tap where street-whores wash their privates after a long night.

I have made it all in slow-motion for you. The pain will last longer that way. I have even contacted the Coward Puta who laughs at you behind his fear of the milk that comes from the pink udders of cattle. I cannot understand what he says when he mumbles, but it is fun to watch him push hot needles into a doll he has. The doll looks like Carmelo.

I have also started to paint your motorhome. It has been the colour of shining piss for too long. It makes my teeth hurt to look at it in the sun. So I have decided it will be grey. Like your hair.

You must try harder in Silverstone. It will be funny to watch. We shall be surrounded by gravy-flavoured soccer hooligans all of whom share parents with the angry puta and his stupid iguana eyes. It is a pity they do not share the single bar of soap the English only use when that old woman comes out of her castle.

Now I must go to another victory party. They have prepared a special stage for me to dance on. But it is a heavy stage and my pit crew can only hold it on their backs for a short time.

Eat the man-custard that seeps from armpits. Note how it tastes like my championship.