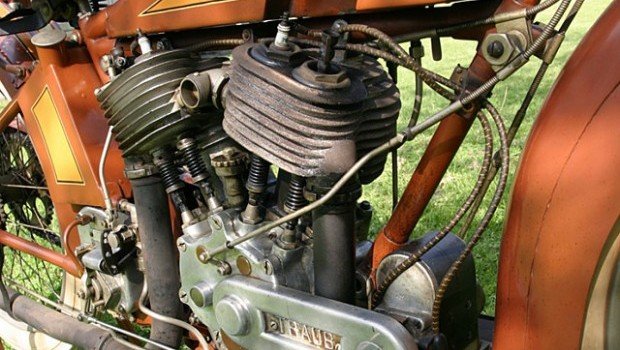 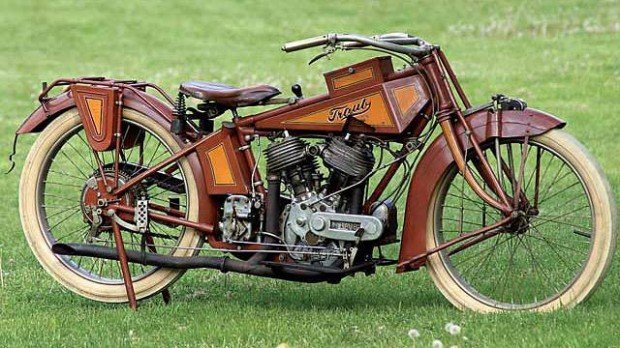 In 1967, a plumber doing renovations of an apartment building outside Chicago tore down a brick wall and found what would prove to be a baffling mystery to vintage motorcycle enthusiasts – a one-of-a-kind motorcycle bearing 1917 plates and the name “Traub”. The building’s elderly owner admitted that his son had stolen the bike before going off to WWI, never to return. But where the bike came from and who made it remains a unknown to this day.

Currently residing in the Wheels Through Time Museum in Maggie Valley, North Carolina, the Traub is considered by many to not only be the rarest motorcycle in their collection, but in the world. The Traub was sold to Torillo Tacchi, a bicycle shop owner in Chicago after its discovery who later sold it to Bud Ekins – famous as Steve McQueen’s stuntman – while Ekins was on set of the Blues Brothers movie in the late 1970s. The Traub was later sold to collector and restorer, Richard Morris, who then sold it to Wheels Through Time Museum curator, Dale Walksler, in 1990. It has been on permanent display in the museum collection ever since. Don’t think this unique motorcycle is merely a museum piece though. Walksler rides the Traub fairly regularly. When asked about the engine components, he enthusiastically replied, “Everything inside the engine is just magnificent. The pistons are handmade, and have gap-less cast iron rings, the engineering and machining being simply years ahead of their time.” 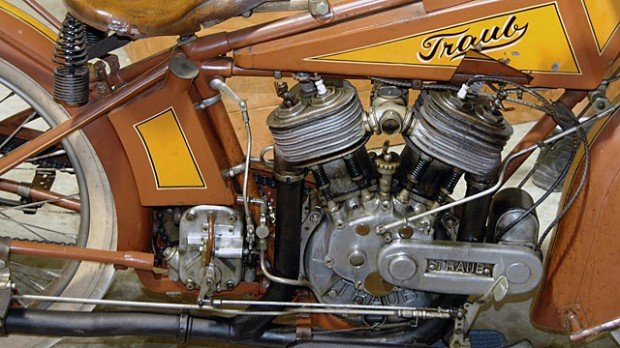 “When comparing other top motorcycle makes and models of the era, the Traub has no equal. Comprised of a sand-cast, hand-built, 80 cubic-inch “side valve” engine, the machine has the ability to reach speeds in excess of 85 mph with ease,” says Walksler. Aside from its few off-the-shelf components, the Traub has many unique handmade features. The three-speed transmission is thought to be one of the first of its kind and the rear brake, a dual-acting system that employs a single cam that is responsible for pushing an internal set of shoes, while pulling an external set, has never been seen on any other American motorcycle. 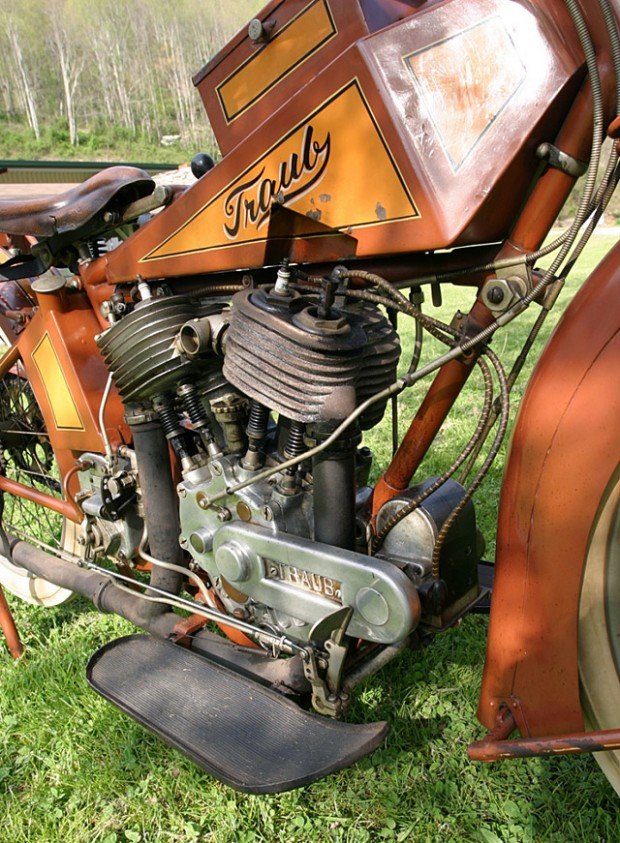 “For a machine to have such advanced features, unparalleled by other motorcycles of the same era, is truly outstanding,” said Walksler. “It’s my opinion that The Traub was an attempt at a new breed of motorcycle. But how on earth could a machine have been produced in such great form, with capabilities that far exceed that of any comparable machine, without the knowledge of the rest of the motorcycle industry during that time.” The hunt for the Traub’s elusive origin hasn’t stopped. “While we may never know why the machine was placed behind that wall, we do hope to one day find out more about its history and the genius that created it,” said Walksler.