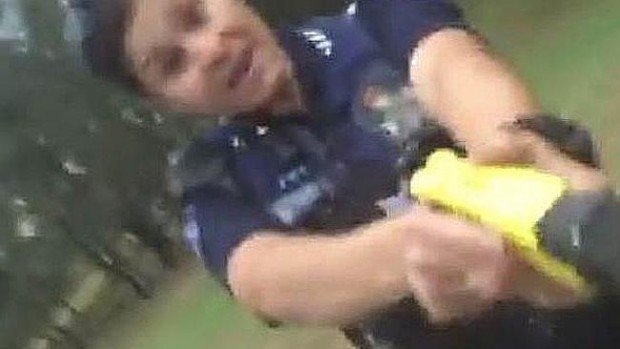 WHO IS DAMAGING QUEENSLAND’S REPUTATION?

In October 2013, former Premier Campbell Newman and his side-kick, Attorney General Jarrod Bleije, declared a War on Bikies. Their aim, backed up by a mass of draconian laws, was to get rid of bikies, and anyone who had anything to do with bikies, and anyone who looked like a bikie, from the State of Queensland. The war raged, unrelenting, for nearly eighteen months – until the deposal of the fascist Newman. The War rages still. No one is immune to the affects. The goal is to make Queensland, and specifically the Gold Coast, the safest place in Australia for families. But this comes at a price. And perhaps now, with the entire tourism industry set to be collateral damage in the War on Bikies, the price may well be paid.

The War on Bikies was instigated after a rather tame, but well publicised ‘affray’ and ‘public nuisance’ incident at Broadbeach, which was beat up by the media and police as being a fully-fledged riot. Embarrassingly for all involved, when it came to prosecution and conviction time, nearly every charge was either downgraded or dropped. This has not stopped the justification for such excessive curbs on basic freedom of anyone vaguely resembling the stereotypical bikie.

The police, LNP and bleating media ignore that worse violence is being inflicted on the sunshine state by schoolies, sporting clubs, and general drunken louts. They assert that any reduction in police harassment of law-abiding people who fit a certain profile will certainly result in the Gold Coast descending into a violent cesspool of drug-running, gun toting, tattooed, motorcycling criminals.

The target of Newman’s war, being so broadly defined, poorly explained, and impossible to identify, has resulted in thousands of completely innocent people being counted and treated as The Enemy.

Holidaying with mates who look a bit roughty-tough? Target.

And woe betide any person who ticks more than one criteria. 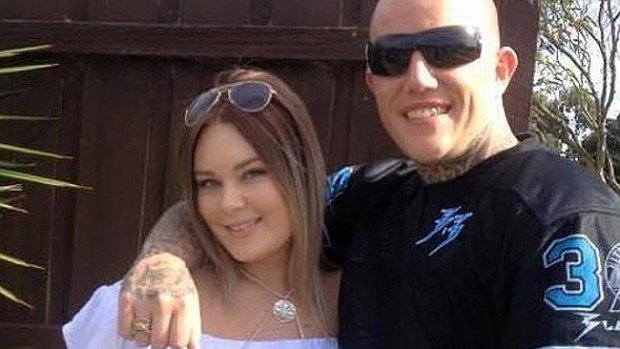 The War on Bikies has seen tourists arrested for buying ice cream, holiday makers arrested for checking out together at a hotel, family members arrested for having a beer together, a couple having lunch with their mate incarcerated for days before bail was granted. Men have been arrested for returning to their homes, simply because the address has been outlawed. A shop assistant arrested, detained and charged for nothing more than being on an arbitrarily banned premises.

A man, travelling with his family to visit his elderly mother was dragged away and searched. A motorcyclist, minding his own business at a fuel stop was interrogated over wearing a leather vest.  Business owners were repeatedly harassed, their person and vehicles searched on the side of the road, for no other reason than they looked like, presumed to have an association with, or were thought to be a member of a motorcycle club. Motorcycle business profits have plummeted. Innocent people with no criminal convictions at all have lost their livelihoods.

Shortly after the War commenced, in an attempt to thwart the ever-increasing bad press from repeated police harassment of motorcyclists, the former Police Minister devised a plan to have motorcyclists register their perfectly lawful social rides with the police to somehow provide immunity from harassment.

People, who were associated in any way with motorcycle clubs, no matter how long ago, were encouraged by the police to self-incriminate by signing statutory declarations acknowledging their former or current membership or association – a declaration that could have been used as evidence against them given there is no opt-out of the all-inclusive laws.

Astoundingly, after this repeated and consistent attack on individuals attempting to carry out their ordinary, law abiding business, and tourists, attempting to holiday in the sunshine state, the Government is miffed as to why tourism is dropping.

The latest in the extensive examples of absurdity occurred on Monday 26 October 2015. A Melbourne couple, having just arrived at the Gold Coast airport, and driving away in a hire car, were intercepted by two female police officers, solely on the basis of the man’s neck tattoo. The police officer admits in a recording, that the tattoo was the sole reason for the stop. She cites Newman’s bikie harassment laws, which make it lawful for her to stop and search any person the officer thinks is a ‘participant in criminal organisation’ as justification.

This man, and his girlfriend, having just arrived on holiday, had not broken any law. They had not engaged in any kind of criminal behaviour.

Simply minding their own business, driving away from the airport, they were stopped because the man had a tattoo on his neck.  A video of the incident, which has garnered nearly three million views already, shows the couple speaking politely to the officers and fully cooperating. However on refusing to hand over the mobile phone in order for the police officer to delete the video of the interception – a video which the couple were well within their rights to make, an officer pulls out a Taser and points it at the innocent man.

The justification is that the police officers thought the man was reaching for a weapon.

A man, who had just left the airport. In a hire car.

A man, who would have been subject to rigorous security checks at the airport, and who had just picked up a hire car, from a completely normal hire car company.

A man who had just been asked to produce his ID.

The police officers thought this man was reaching for a weapon. Really?

A man, on holiday with his girlfriend, who was intercepted by the police, not for behaving in any unlawful behaviour, was threatened with a Taser for refusing to hand over his mobile phone which contained video evidence of an absurdly unjustifiable stop.

The man, a threat to no-one, was threatened with a Taser, before the police knew his identity.

The man was threatened with a Taser, simply because he was tattooed and exercised his right to video the police encounter.

The man is allegedly a member of the Rebels Motorcycle Club. The police officers did not know this when they pulled the Taser on the man.

The man, a tourist with a tattoo, unidentified as any person of interest by the police at the time of the incident, was threatened with violent force by an officer, for nothing more than videoing the police harassment.

How ludicrous does that sound?

Naturally the Queensland Police Service has backed up the officers and alleged they were frightened by the man. This isn’t surprising given Newman and his cohorts spent nearly eighteen months justifying the millions of dollars spent on the War on Bikies by alleging all bikies were violent criminals who carried weapons in public and killed little kittens with their bare hands to eat for breakfast.

The whole situation is a complete farce, and yet it continues. 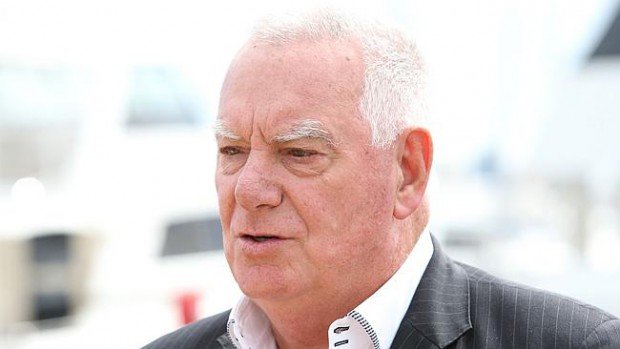 This is a picture of Paul Donovan, Gold Coast Tourism chairman, in mid-squeal.

In response to the now viral video, Queensland tourism chiefs are squealing about the damage the recording is doing to Queensland’s reputation, and more specifically the reputation of the Gold Coast. Apparently the tourist chiefs have been working for years to redefine the Gold Coast as a family friendly holiday haven.

Perhaps it’s time the Queensland Government recognised the hard truths. The War on Bikies is a War on Motorcyclists, a War on Businesses, a War on Tattoos, a War on Families, a War on Tourists.

The Queensland Government, fully supported by the Queensland Police Service, is the only reason the reputation of Queensland has been damaged. The harassment must stop. Or the damage will continue.