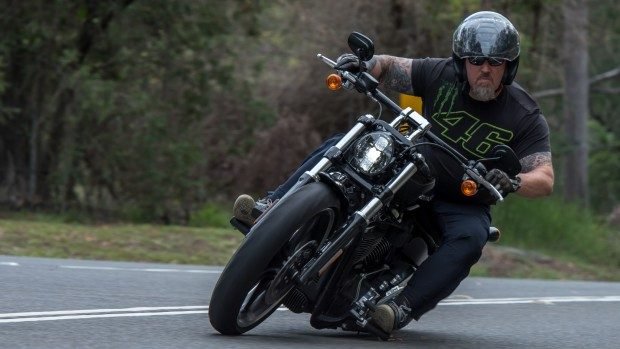 I am a long-standing, card-carrying lover of Harley-Davidson. I have owned and ridden its bikes hundreds of thousands of kilometres, in an outlaw club no less, since before the marque became something dentists took their wives out on Sundays with.

I defend the brand against the haters, and would happily park one in my garage tomorrow. The new FXDR is the best thing Milwaukee has ever built.

So I’m seriously starting to wonder just what Milwaukee plans to do about its seemingly irrevocable sales-slide.

And it’s not just happening in Australia, where Harley has posted its eighth (or is it ninth?) consecutive quarter of losses. This is happening in the Motherland. The share price is down, manufacturing facilities are being closed, the level of company debt is being questioned in the media, and I can only imagine what the board meetings must be like. 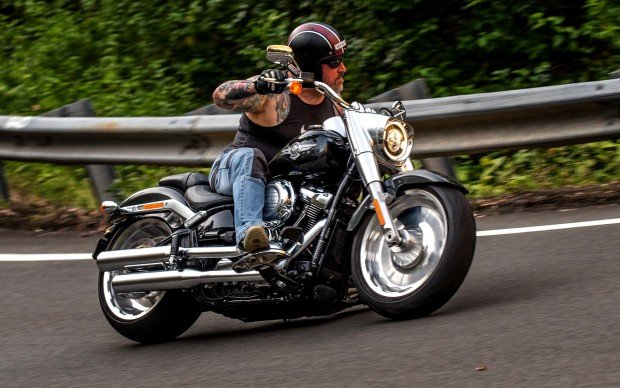 So how did it get to where it is? How did the undeniably coolest brand in the world, an icon – a brand people tattooed on their bodies FFS! suddenly start heading south?

Well, it wasn’t sudden. These things never are. And I believe it all started with the Harley Owners Group (HOG). That was the beginning of the downturn we’re now seeing.

At its peak, the HOG was a marketing department’s wet-dream. Cashed-up boomers aching for a bit of outlaw glamour – because let’s not forget, Harley would not have sold a lot of bikes if Hells Angels didn’t ride them – would be gloriously feted by the factory at regular and very controlled events. They were a captive audience, just as keen to accessorise their new hog as they were to play dress-up and have parades. And they regularly bought new Harleys. And if you weren’t in the HOG, you were automatically given membership when you bought a new Harley. The cash registers were in overdrive. Life was good at Milwaukee HQ.

Surely H-D did not actually believe this would last forever?

It kept producing bikes that spoke only to its traditional customer base – which was now essentially all the HOG, and totally ignored the changing world – which was changing faster than anyone could have imagined.

The bike market started to slow down. Harley was not alone in feeling the pinch, but it got pinched the hardest because all of its eggs were in one aging basket – the HOG.

The slow down, at least in Australia, was and is due to a few factors which combined to produce a perfectly nasty storm – stagnant wages growth, the massive safety brainwashing campaign, the feminisation of society, the expense and difficulty in getting a motorcycle licence (and the length of time spent on Ls and Ps) – and in Harley’s case you could add the aging of its traditional buyer group and the demonisation and subsequent virtual disappearance of outlaw motorcycle clubs from public view.

Those dowdy old fuddy-duddies of the HOG were now the poster boys for Harley.

No longer was it the hard-bitten, relatively youthful, tattooed one percenter with the baking-hot girlfriend glued to his patched back, belting down the road in a welter of thunder and attitude, what someone pictured when someone pictured “Harley-Davidson”.

It was now an “old peoples’ bike”.

As one tradie told me after he fixed my garage door and we got to talking about bikes because he saw the ones in my garage, he would never buy a Harley or want to ride one because it was “An old man’s bike”. His father rode a Harley.

The outlaw image on which Harley carved its wonderous empire was over.

Milwaukee, of course realised this. Maybe too late, but it is what it is, and what to do now? Stop building its traditional performance-compromised cruisers to an ever-aging demographic now on its last legs?

It quickly rushed a small-capacity Indian-built 500 to market. It sold spectacularly well. And then it didn’t – because it really wasn’t very good.

In Australia, it adopted a marketing scatter-gun approach – it started targeting hipsters – which are nothing other than a tiresome fashion statement and not people who buy new bikes. It produced computer mock-ups of future builds – adventure bikes and streetfighters. But people cannot buy CGIs. It promised to build a slew of all-new motorcycles in the next five years.

It then hauled out its electric Livewire and took care to only invite the press which either depended upon it for advertising, or was venal enough to provide the gushing copy Milwaukee expected.

The Livewire itself? Well, I rode it four years ago in Malaysia, and I’m not convinced a $40,000 whizzing blanc-mange that won’t do 200km on a charge is what’s going to save its arse.

So what now? How does Harley get out of the corner it has painted itself into? How does it recapture its cool?

Is it too big too fail?

Ain’t no such thing.