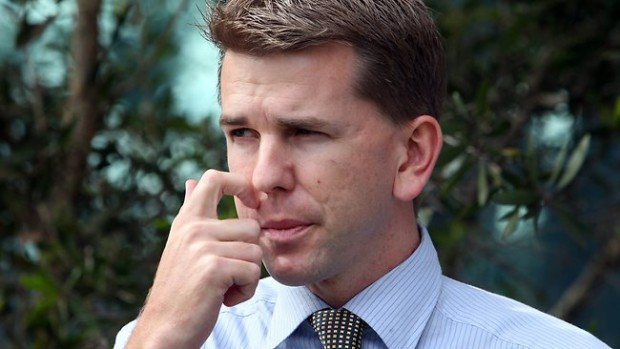 It has been a long 20 months for thousands of Queenslanders. Despite the glorious and well-deserved overthrow of former premier Campbell Newman, his legacy lives on. The draconian suite of laws collectively referred to as VLAD, remain. And so too does the judicial LNP plant, Chief Justice Carmody, who has lived down to all the expectations prophesised on his appointment. Thankfully, the nervous police who resorted to shooting people under Newman’s authoritarian reign (just as Police Commissioner Ian Stewart warned they would) have ceased their trigger-happiness and also stopped referring to Outlaw Motorcycle Clubs as Criminal Motorcycle Gangs.

The long-awaited review of the laws, promised by the Labor Government has begun. The Inquiry opened on the 22 June and the Taskforce is expected to report to the Government by 18 December 2015. There are a 10 areas of inquiry – each one inviting its own submissions, and each with a different closing date.

In typical form, the LNP Opposition is already whinging about what they believe to be a pre-determined outcome. The LNP still believe the laws have merit despite relentless criticism from every level of the judiciary and many in the community. It still believes, despite losing the unlosable election that Queenslanders are firmly in favour of Bleijie’s idea of fighting crime.

It is also clear, that when Bleijie promised the laws would be reviewed after three years of operation, that he had absolutely no intention of an independent and impartial taskforce. And it must come as a disappointment to the one-time Conveyancer-General, that the Taskforce will be led by a former Supreme Court Judge who actually knows something about the rule of law.

Shadow Attorney-General Ian Walker said the laws made people feel safe, consistent with Bleijie’s million dollar campaign to tell Queenslanders it was what they wanted. And Bleijie has whined that the Taskforce has no community representation, despite being made up of senior representatives from a range of stakeholders.

Neither Walker nor Bleijie are too concerned about the impact of the laws on law-abiding bikers and associates who haven’t been able to attend family funerals, weddings or picnics in public for nearly two years. Or the unproven and arbitrarily declared ‘organised criminals’ who spent days, if not weeks, in jail for made-up crimes before the prosecution dropped all charges.

If the laws were intended to combat organised crime, they have hardly been successful.

In fact, the laws have been a massive flop.

Data obtained by criminologist, Terry Goldsworthy from the QPS showed that between 2008 and 2014, one-percent club members were found guilty of 0.17% of all reported offences. It also showed that the majority of offences by bikies did not relate to organised crime.

But while the police are still boasting about racking up thousands of charges since November 2013, the convictions are less impressive. According to recent reports, the Queensland Government has arrested 7000 people on 10,000 charges. While almost all of the charges have been for offences already covered under the Criminal Code, convictions under the new legislation are practically non-existent, bar a couple of fines for fashion offences. Only one person, not a bikie, has been convicted under the actual VLAD laws. And even then he did not receive the mandatory minimum fifteen years.

The laws have brought nothing but shame and embarrassment to Queensland.

The so-called riot at Broadbeach which prompted the fast-tracked legislation failed to reach a climax. A number of accused had their charges dropped after one man was found not guilty, while others had charges downgraded to public nuisance. This did not surprise people who watched the video of the infamous brawl, where the most riotous of participants were the police.

Shamefully for the QPS, when a hugely publicised extortion case was tried, the witnesses testified that the police had been far more intimidating than any of the alleged bikies. Unsurprisingly the magistrate found the accused had no case to answer.

Charges have also been dropped for at least two of the groups of three charged with being in a public place. The anti-association provisions were aimed to address the alleged intimidation that bikies foisted on the community – despite neither police nor the community being able to tell the difference between groups of one-percenters and social motorcycle club riders.

When police were slammed by magistrates after charging a man for an alleged domestic violence incident, and in another case, a small-time drug dealer under VLAD, junior officers were banned from laying charges under the controversial legislation. Carmody, upset that magistrates were bailing alleged bikies despite Bleijie’s insistence that they be jailed merely on suspicion of offending, gave himself the sole responsibility to decide applications. This was reversed months later after almost all his decisions were overturned on appeal to the Supreme Court, or Carmody’s court avoided altogether.

Sally Kuether, the librarian charged for having lunch with her boyfriend and a mate, faced six months in jail despite having no criminal record and being well-respected in her community. The prosecution would almost certainly have struggled to prove she was a participant in a ‘criminal organisation’, yet her life was on hold for over a year. Naturally, the prosecution offered no evidence and she was fined a pittance for wearing a leather jacket with a patch in a bar.

The trial for the most famous of cases, the Yandina Seven, has been adjourned until after the Inquiry. This is yet another blow for Bleijie, who no doubt was convinced all seven men would spend the minimum mandatory sentence of six months in prison for having a beer with family and friends.

As if this bumbling and fumbling wasn’t bad enough, it goes on.

Police, intent on proving bikies were a serious threat to public safety, raided a Vietnam Veterans clubhouse, targeted funerals, and even after Newman was ousted, trawled for hours through footage of a perfectly legal poker run to find at least someone to charge despite all participants being law-abiding.

Bleijie, deluded in thinking that the threat of bikie plumbers and electricians violating toilets and lightbulbs was stopping Queenslanders sleeping well at night, proposed to ban them and all of their associates from working in a range of industries. And despite the legislation explicating stating there was no way to opt out of any of the laws, the police attempted to solicit evidence of bikie association from concerned Queenslanders by providing a self-incriminating form on the pretence it would exempt them from prosecution.

Despite the abject failure of Bleijie’s brainchild, the South Australian Government has proposed almost identical provisions while pretending it has not copied Queensland. The SA Attorney-General instead stated that the laws were based on national anti-terror laws, and were required because involving the court in determining criminality was too slow and complex.

Newman and his cohorts attempted to politicise public safety. And it has failed spectacularly.

By attempting to boost success rates with ludicrous charges, the QPS look plainly incompetent and the entire justice system has been undermined. It may also result in the community feeling less safe, because the alleged violent criminals and lauded threats to the community have not been jailed. The whole exercise has made a mockery of law and order and is offensive to the real victims of violent crime who rely on the system being fair, impartial and non-politicised. Newman and Bleijie have done their best to destroy that.

However the Taskforce will find none of these things if it does not have information on which to base its findings. Every Australian impacted by the laws must make a submission. Every person who is and was outraged by the drastic and draconian nature of the laws must write. Every Queenslander who has had enough of their tax dollars being wasted on Bleijie’s vendetta must tell the Taskforce.

And then Bleijie must answer truthfully just how many convictions did result from VLAD.