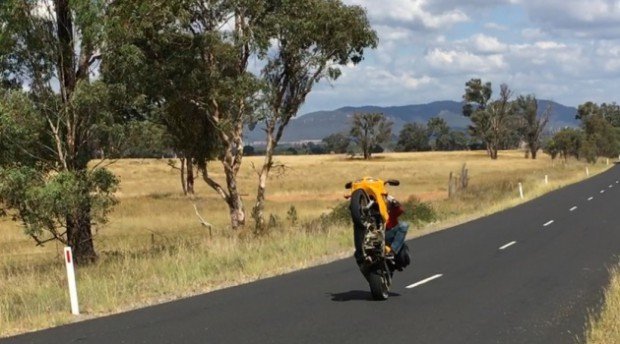 THEY HAVE NO SOUL, YOU KNOW

I couldn’t leave for the Tumbarumba TT with Boris and Bly and the others on Thursday. They were cutting over to a new ERP system at work on 1 April, and Thursday was 31 March.

At 2130 on the evening of 31 March the office was still humming with accountants and consultants and managers. I don’t work on the accounting side, but there had to be a way that I could help make 1 April better.

So I downloaded a Canon logo and made up some signs and laminated them and got one of the managers to help me stick one to each copier on each floor. 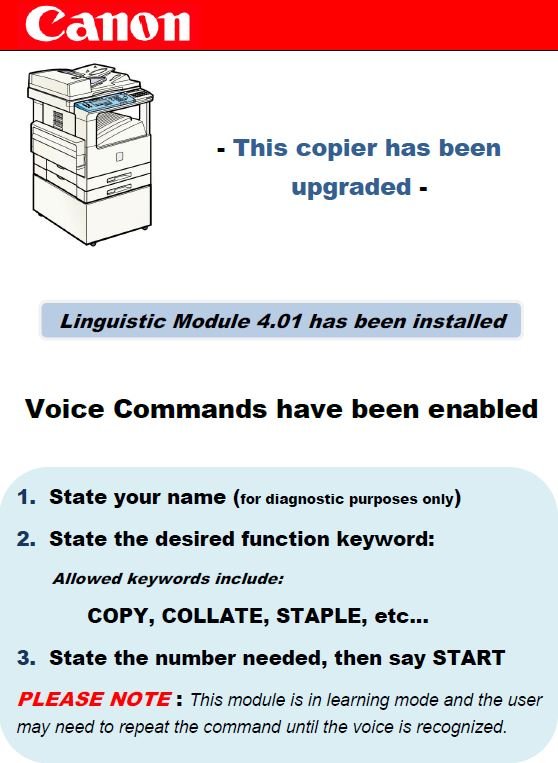 Hilarity ensued on 1 April, but not as much as I had planned, because I wasn’t riding to the Tumbarumba TT. I decided I would ride down on the Saturday. Google Maps said it was five hundred and four kilometres and I could get there in five hours, but I would have to slab it down the Hume Highway.

I couldn’t. It would destroy my soul, and it is far too late in life for me to be developing red hair; so I rode over the mountains on the Bells Line of Road, and through Georges Plains and Barry and Neville and down the Mid Western Highway to Cowra. It was a great ride, in perfect weather.

I don’t think I’d ever stopped in Cowra before. There’s a memorial there to a prison break in 1944, when three hundred and fifty nine Japanese prisoners of war broke out of their camp. Two hundred and thirty one died and a hundred and eight were wounded from charging machine gun emplacements and such. I am told that Seiji Ogi, the ringleader, told his men to die like the carp. I have seen carp die, and it usually involves them flopping around on the dirt on their side gasping. I fail to see the attraction, but Ogi’s men thought that it was a good idea, apparently.

The Japanese are an inscrutable race, and have foolish moments.

I filled my tank and headed east to the Snowy Mountains, and found Tumbarumba. There were maybe a hundred people drinking at the caravan park. I joined them, and drank Gromit’s wine, which gave him an excuse to open a second bottle, and listened to the stories of the riding that day, and ate a meaty dinner hot from the grill.

The next morning Bly decided that slabbing it up the Hume would destroy HIS soul, too, so we went back the way I came. We rode the winding roads of the Snowy Mountains, and the lonely high speed straights of the Central West. The weather remained perfect. We stopped in Manduramah for a pub lunch in a shady beer garden.

I got home about 1700, after a satisfying blast over the Bells Line of Road. The GPS said I’d done over thirteen hundred kilometres since the previous morning.

I unpacked my bags. I had a hot shower. It was most relaxing. My soul felt undestroyed. I dried off and checked my hair in the mirror.

There was not a tinge of ginge.