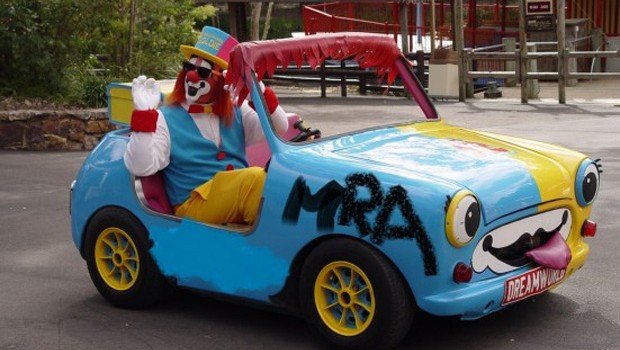 THE STUPID…IT JUST BURNS AND BURNS

As much as it pains me to tear myself away from relating the follies of my youth to you all, needs must, because the level of stupid in Australian motorcycling has once again risen to an intolerable level.

Firstly, I would like to address the shameful bleating from Edward Luck (Access, Vol 59 No 04). I believe him to be part of the hapless serial-letter-writing father and son, but will happily stand corrected if that is not so.

If you recall, Ed is a big fan of ABS because he is convinced it would stop him dropping his bike during “low-speed front-end lock-ups”. And Ed is also heartily “sick of Honda deciding that Australians need the Gump-level edition of everything!”

Gee, Ed (or should I call you Forrest?), can I give you some possibly unwelcome news? You’re dropping your bike because you are stupid and can’t ride. ABS will not change that. The CSIRO may be able to breed the stupid out of your progeny in a generation or two, but not all the ABS Honda has ever fitted to its bikes will change the fact that you clearly cannot ride.

But please don’t stop writing to AMCN. I know the staff just lives to get your letters.

Naturally, a little higher up the stupid scale is ol’ Mouchie. You may remember him. He’s president of the Coalface Clown Car that goes by the name of MRA Victoria. And when he’s not busily engaged in shameless excrement-flinging with Damien Codognotto on various Internet forums, he can be found trying to convince other motorcyclists (and the laws of physics) that it takes a bike doing 212km/h a monstrous 1.7kms to come to a stop, and I quote: “Last time I tried to pull up at that speed (at the end of Gardner Straight at Phillip Is) I was still flying 500m later. In fact it taught me a really good lesson about how a bike’s brakes really work at high speed. I think that it might be more like 1700m to pull the bike to a complete stop at 212kph. Where do you guys get the idea that your brakes are going to save you?”

I can’t speak for anyone else, Mouchie, but my ideas about brakes come from three decades of riding bikes and all the times their brakes have saved me.

You can find the true measure of his drooling stupidity here: http://www.netrider.net.au/forums/viewtopic.php?t=61632&postdays=0&postorder=asc&start=60

And I’m sure a 1700m stopping distance from 212km/h will come as news to many trackday riders, and road and drag racers, as well as the gentlemen from Brembo, Tokico and Nissin. But I am sure it is not news to all those politicians and bureaucrats to whom Mouchie, in his role as Driver of the Coalface Clown Car, proffers advice about motorcycling.

Unfortunately, this revelation of Mouchie’s pig-ignorance of riding motorcycles comes at a bad time for the Clown Car and its occupants, who recently issued a press release hilariously entitled: An Historic Achievement.

Mouchie was erroneously referring to the sugar-coated turd that has been served to Victorian motorcyclists, also known as the Victorian Road Safety and Transport Strategic Action Plan for Powered Two Wheelers (PTW).

An altogether worthless document that promises nothing to motorcyclists except harsher law enforcement and some vague assertions from the state government that it will take PTWs into its consideration now and again. Please read it and tell me I’m wrong.

Of course, to hear Mouchie tell it, the joy and wonder of it all is that this document finally “represents the culmination of what riders have been seeking for the last 30 years.”

And what is that, specifically?

Well, according to Mouchie, it is that “for the first time in Australia, PTW have been formally recognized as an integral part of the transport system”.

The idiot is serious.

So all these years you’ve been paying registration and insurance and sitting for bike licences, your motorcycle (now known as a PTW) has somehow not been formally recognised as being part of the transport system.

I don’t know about you Victorians, but I’d want my 30 years of bloody rego money back. And my toll money. And all the money I’d shelled out for licences over the years.

But then why wouldn’t the Victorian government dare anything when it has lickspittles like Mouchie selling their wretched propaganda for them?

After all, such self-important mediocrities don’t come around very often in a government’s lifespan. It stands to reason it would know a brown-nosing lapdog when it saw one and quickly move to engage it to further its agenda.

And so it has come to pass, all of you operators of the PTW. Once again you and your PTW interests have been sacrificed on the altar of stupidity and self-aggrandisement.

And oh, how the stupid burns, doesn’t it?

Be sure to thank Mouchie personally the very next time you see him.