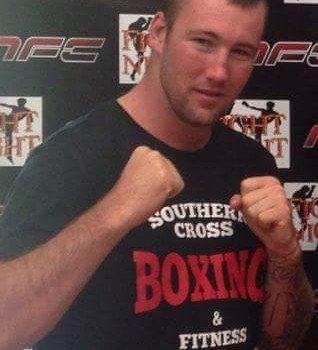 Dylan Stone is an amateur boxer. And he’s a pretty good one. At the age of 23 he’s won the Riverina Heavyweight title, a Junior Victorian title and an Interstate Regional title. He boxes in the heavyweight division (90kgs) and he’s talking about turning professional later this year.

“I’ve been boxing since I was thirteen,” Dylan told me. “I’ve done it forever. I had my first fight when I was sixteen.”

Dylan, who lives in Albury, had a title fight scheduled for Saturday, the fifth of March against Jake Snowden. Jake is the current superheavyweight champion and the fight was to take place on the NSW mid-north coast. 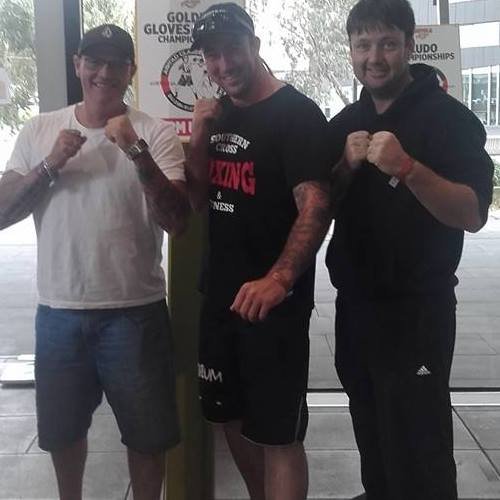 Dylan (centre), at the recent Arnold Classic in Melbourne

This was a big deal for Dylan, as you can imagine. Title fights are title fights, amateur or not, and are crucial stepping stones in a boxer’s career.

“I’ve been preparing since November,” Dylan explained. “I haven’t had a drink in five months.”

His preparation consists of training five days a week under the gaze of his trainer Rob Devlin, who runs Southern Cross Fitness and Training in Albury.

Everything was on track. Dylan was ready and raring to go, but three days before the fight, Dylan was told by the promotor that he was, in the eyes of the local police, not a “fit and proper person” to punch on with another bloke.

“I was devastated,” Dylan said. 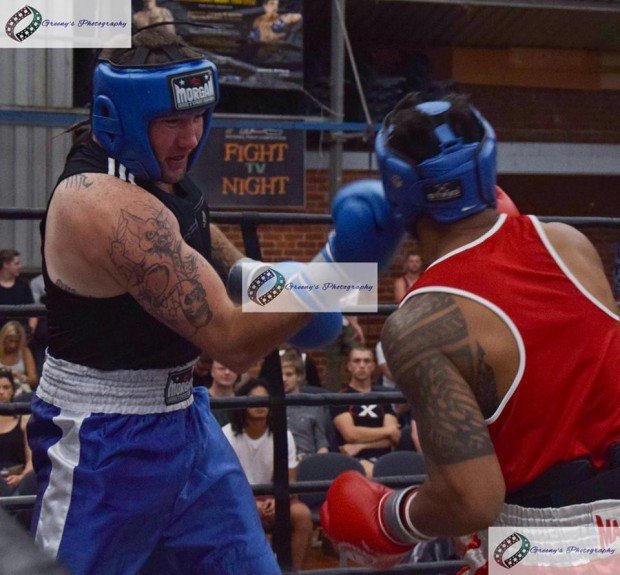 I was at a loss to understand what criteria Dylan had suddenly met to be declared “not fit and proper” to step into a boxing ring and exchange blows with another like-minded individual, two days before his title bout.

And so was Dylan.

The Local Area Command at Lake Macquarie is the jurisdiction in which the fight was meant to take place. And it was from there this “not fit and proper” pronouncement was issued by Sergeant Adam Walton, who is the Licensing Officer.

So I called Adam to ask him about this.
Adam told me that he was not able or prepared to comment on the matter.
“Why is that?” I asked. 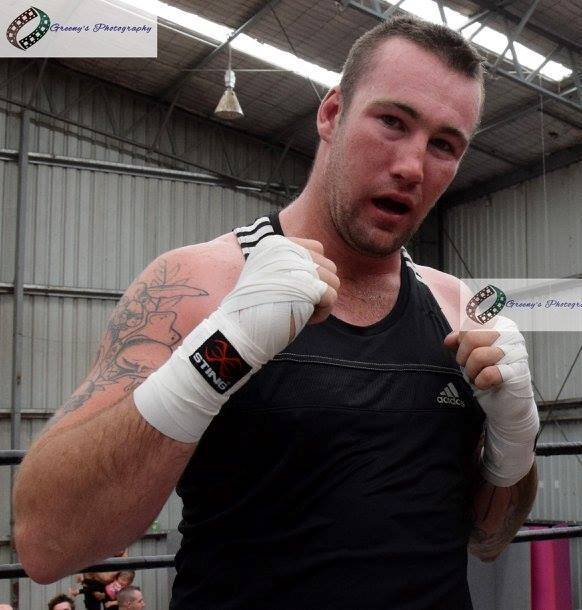 Much less scarier than a Catholic priest.

“It’s because it’s privileged information according to the information the NSW Police is holding and has in relation to Dylan Stone.”

“What makes that information privileged?” I asked.

“It’s a matter of operational security, which I’m not prepared to discuss over the phone.”

“So if I came into the police station you would discuss it face to face with me?”
“No. How do you spell your name and who do you work for?”

So I told him.

“How did you get my details?”

“Why is a freelance motorcycle writer interested in combat sports?”
“Dylan is a motorcyclist, isn’t he?”
“Yes, he is.”
“I would have thought the connection was obvious.”

“Sorry I couldn’t help you.”

Did I expect to get any answers from Adam? No.

After all, in his world, the public has no right to question any decisions made by the police.

Did I also know why Dylan Stone was suddenly deemed “not fit and proper” to punch someone in the head and be punched in return?

Dylan Stone is a member of the Black Uhlans Motorcycle Club. He has been a member of the club for 18 months. He has no criminal record and has never been charged with a criminal offense. Though he did blow a mid-range DUI eight years ago.

But the police are at war with motorcycle clubs.

Or “Criminal Motorcycle Gangs” as they have taken to calling them.

Dylan was denied the right to fight because he’s a member of a motorcycle club.

“Do you fight in your colours?” I asked him.
“No,” he laughed. “I don’t even have any club tattoos and there’s nothing on my kit that states I’m in the club. No members even go to my fights, and there would have been no members there on the night.”

“So are you prohibited from fighting anywhere in NSW?”
“Not as far as I know. This was a Local Area Command decision. The copper said: ‘We might listen to your side of the argument when we have time. This time we don’t wanna hear it.’”

But we all know the police will never have the time and are profoundly disinterested in listening to anything anyone might say about this.

It’s just how things are rolling and have been rolling ever since a certain South Australian premier decided that getting tough on motorcycle clubs was a great way to get positive press for himself more than a decade ago.

Since then, almost every state government has joined in this crusade. The Newman government in Queensland even created the so-called “VLAD laws” in the wake of a relatively mild altercation between some motorcycle club members in a restaurant on the Gold Coast. Of course, no-one has been convicted of anything under the VLAD legislation, and every case the police have brought to court has fallen over.

In NSW, the police are using ancient consorting laws in their efforts to torment the motorcycle clubs, and attend every bike show and run, where they spend their time acting like fascists and garnering “intelligence”.
Is it working?

Sure. In terms of making life hard for the motorcycle clubs, it is.

Is it reducing crime and making the streets safer?

Of course it isn’t. The streets have never been unsafe as a result of motorcycle clubs riding around on them, and given they commit less than .08 per cent of all crime, it seems rather pointless to expend such enormous resources busting up their clubhouses and poker runs.

Just recently, Melbourne enjoyed a night of rioting and violence thanks to two ethnically-membered clubs, which disrupted the Moomba festival and sent the good people of Melbourne running for cover. The same evening, Sydney was treated to a massive rolling brawl that lasted for an hour in the CBD. 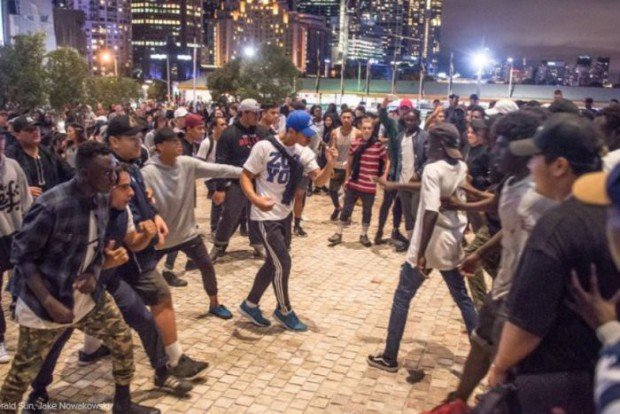 I struggle to see a single “bikie” anywhere here. 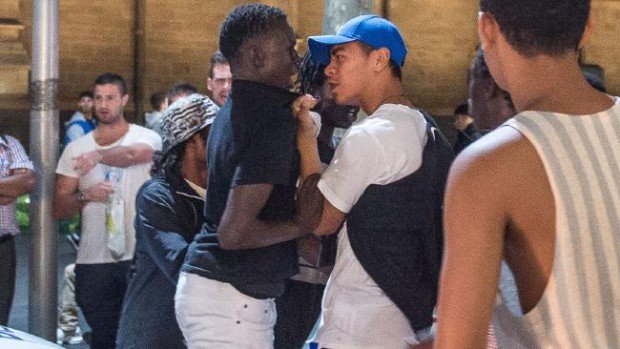 Perhaps the police would deem these “fit and proper” people to box in the ring, rather than the street.

Not a single motorcycle club member was involved in either incident.

No legislation was rushed through any parliament, though various politicians did immediately start promising “tougher laws” to combat such events.

But no-one is really fussed about this. If the police actually started targeting ethnic groups there would be a massive outcry about civil liberties and accusations of “racism” and “racial profiling”.

But when they target motorcycle clubs for no reason other than it panders to the media’s need to generate baseless fear and sensationalism because some of the motorcycle club members might look scary, there is nothing but encouragement from the media and the great unwashed masses yearning to be safe.

Dylan Stone’s first professional fight is slated for November. When will we say that enough is enough? When will we decide that this police insanity has gone far enough? Will we, as a society, have come to our senses by then and stopped buying into this fear-factory bullshit-wagon the police and the government so love to push?