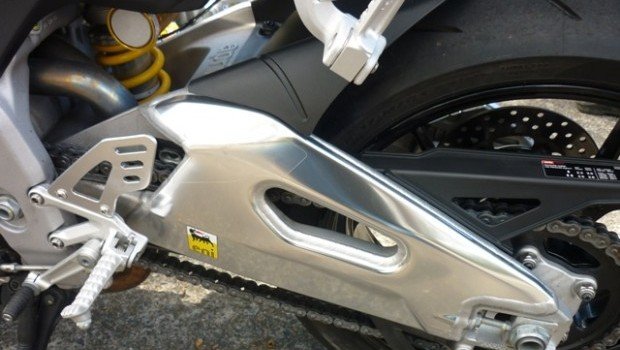 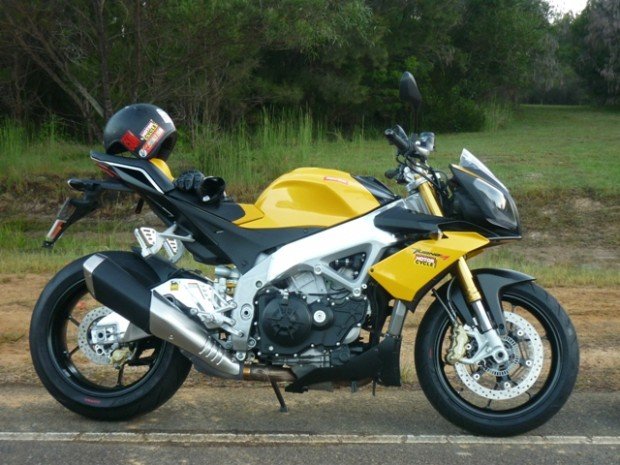 I was expecting a lot more than I got. Granted, that V4 motor is astonishing — and thus one can forgive it the few little sins it has. The sound it offers is almost sexual and the power it makes is astonishing.

But the gearing is way too high and as a result, the drivetrain slops around like an old washing machine full of pig-iron. The slop goes away when you start to ride it hard, which is what tells me the Tuono is more like a purpose-built track bike than it is an everyday jigger. The seat is thin and cruel, and you sit ‘on top’ of the bike. These ergos, when combined with virtually no steering lock, make negotiating traffic a chore. It runs hot and it doesn’t like it when you’re pfaffing about in Peak Hour.

Give it its head on an open road with lots of corners and it’s an entirely different bike. 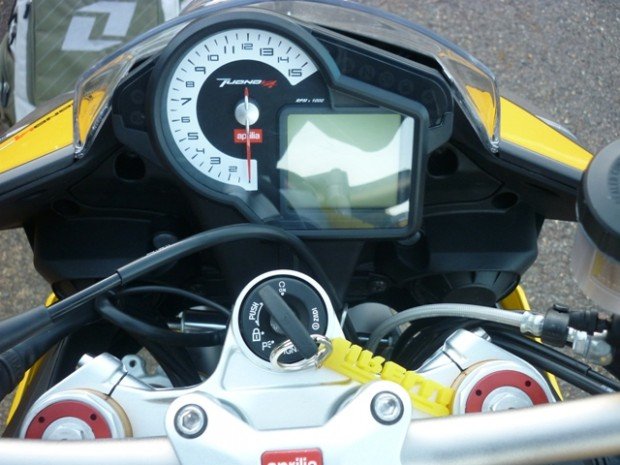 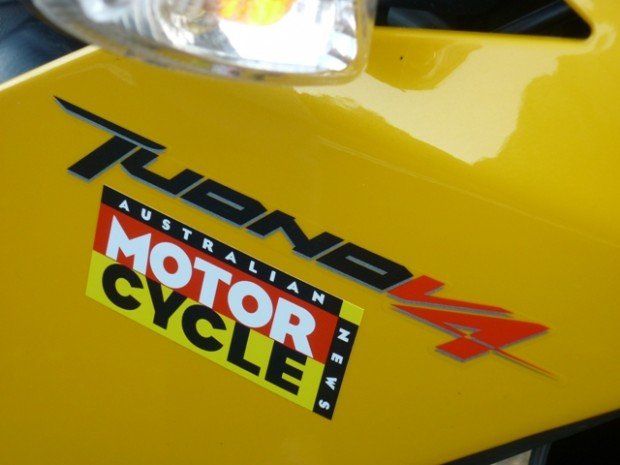 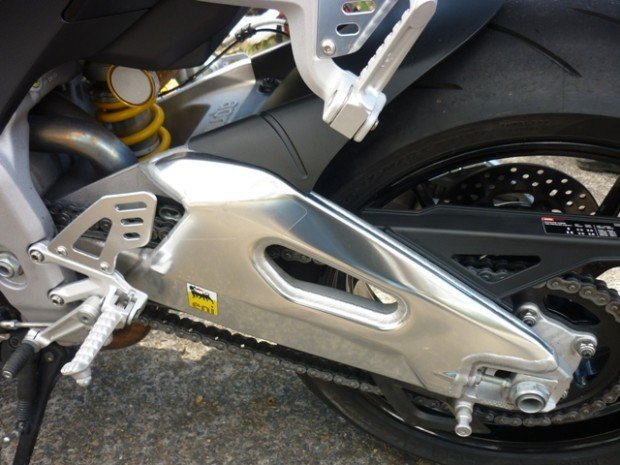 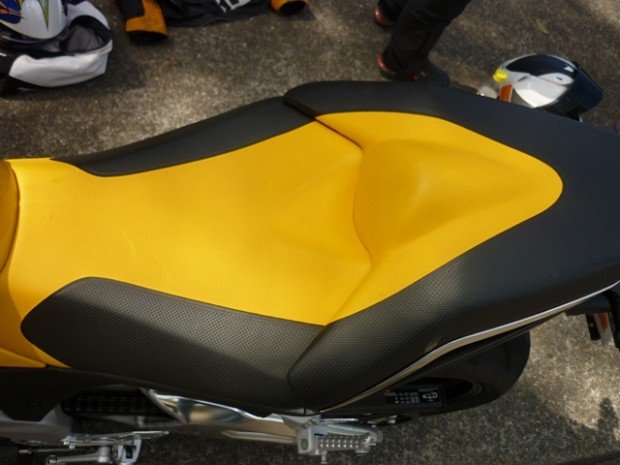 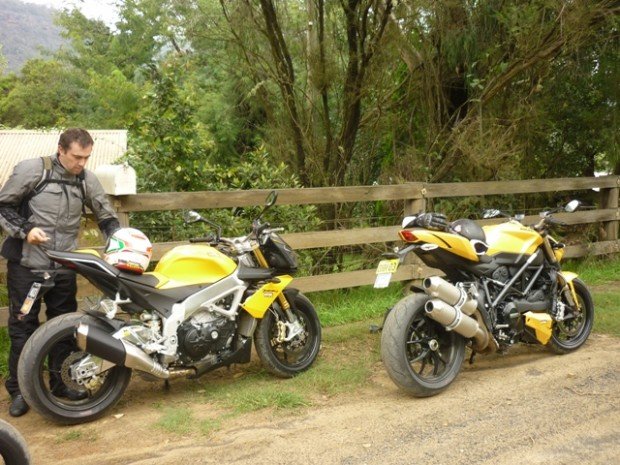