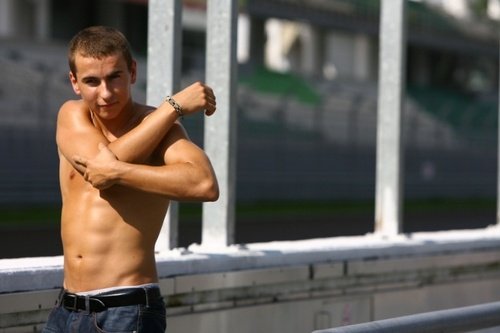 “The monkey looks at me like Ucciccio looks at the Yellow Puta. Such adoración…”

Are you sure this Japania is a country? I’ve been here two days now and I feel like I’m not even on earth anymore. It’s like stupid Portugal, but with electricity.

It’s a very strange place. Nobody speaks Spanish, so I have to yell very loudly at them before they do what I want. Stupid raw fish putas! They had lots of time to learn my language. It’s not like the MotoGP has not been here before.

But I do like how they bow at me all the time. I was out in front of my hotel doing my Topless Spartan Butter Yoga and everybody was bowing in appreciation and saying traditional Japanian things like “Keisatsu o yobu!”, “Orokana marui me!” and “Watashi no me! Watashi no me!”

I think you and the team should start bowing to me whenever I walk into the pit.

I have been having so much fun. I have even bought gifts for you and the team. Brand new used girl’s underpants for everybody! They are very popular here. All the men buy them. I think they are like good luck charms in Japania.

I spent 8,000,000,000,000,000,000 Yen on eight pairs, which the man behind the shop counter said was less than 10 Euro when I gave him your Visa tarjeta de crédito. So they were a bargain and Matthias will be pleased. I know how he likes me to save money whenever I can.

And for myself, I got a very special gift. It is a Best Luck Japanese Racing Monkey. I have named him Ucciccio, after the Yellow Puta’s man-wife. The monkey looks at me like Ucciccio looks at the Yellow Puta. Such adoración. 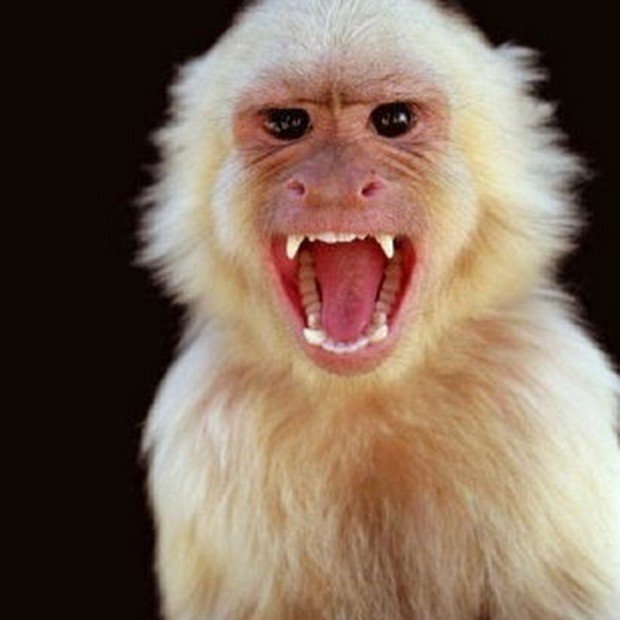 Ucciccio loves me and wants me to be world champion.

He has very sharp teeth, screams a lot when I touch him, and sprays stinking yellow monkey orina everywhere, so I did think of calling him Crutchlow, but then I realised it must be Ucciccio because of the love in his eyes.

You know there is no love in Crutchlow’s eyes, Gigi. Only madness.

So I need you and the team to make a little box for Ucciccio so he can race with me on Sunday. I think he will be happiest just behind me. If this is a problem, then just get me a backpack and I will take him like that. In fact, that is best I think. Ucciccio will then spray his hot orine at the riders trying to keep pace with me and they will crash.

Getting salty monkey orine in your mouth and eyes is not fun, Gigi. Especially at 350km/h!

I will be very fast this weekend, Gigi. In fact, I will win. There is no doubt in my mind. Everybody is already tired and fed up with this stupid, pointless and very boring season. Many of them are not even trying. I will be surprised if the Traitor Puta even shows up.

But I am ready. I have Ucciccio and Ucciccio has my back.