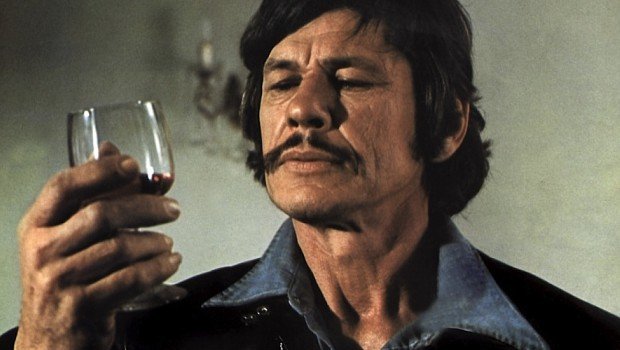 I am one of those people for whom mechanical work is challenging. It’s not as if I haven’t done it – I owned the Shovelhead from Hell, so it’s not like I had much choice about beating it with spanners, hammers and rocks to keep it going – it’s just that I’m not all that good at it.

Patience is a pre-requisite for being good at tinkering with your motorcycle. I don’t have that. So are the appropriate tools. I don’t always have them, either. Certainly some vague idea about what you’re doing, or how it’s to be done is important, but I don’t mind a steep learning curve. So I’m running a one-point-two out of three score here.

But it was relatively early in my motorcycling career when it became clear that no matter how much I wanted to learn about mechanical stuff, I was always going to lack certain fundamental psychological attributes to be successful at it.

The catharsis came the day I felt, for reasons I can’t quite remember for such was the trauma of the event, the forks on my 750 Katana needed to be disassembled.

Did I have the tools for such a task? I certainly hoped so.

Did I have the knowledge for such an undertaking? No. But I did have a manual.

It was a warm summer day, my fridge had lots of beer, and my girlfriend was sunning herself in the backyard wearing these crazy French-cut bikini bottoms that always made me a little insane. That she had recently taken to shaving her private parts ratcheted my insanity up to almost unbearable levels, so I was probably over-stimulated when I began the task.

I consulted the manual, and utilising a 12-inch shifter (the second-greatest tool in my not-so-vast array of tools) I undid all of the bolts on the triple trees and my forks made a satisfying ‘thunk’ sound as they hit the concrete of my driveway.

I grinned my ‘piece of piss’ grin and opened a beer. This was easier than I thought it would be, I thought, and consulted the manual about draining the oil from the forks. It told me to undo a bolt that lived in the bottom of the fork boot. For this bolt to be undone, I needed a socket and a ratchet. Luckily I had both, which I immediately deployed, and the first bolt came out with consummate ease. I essayed the second fork and promptly shaved it round because it was irredeemably seized. Like Constantinople when the Turks came over the walls.

I stared at the newly rounded bolt with mild venom. I was peeved and sweat dripped off my face, but I was not yet intimidated or upset. Out of the corner of my eye, I could see my girlfriend oiling herself with some stupidly arousing Frangipani-flavoured sex-butter, but I forced myself to focus on the task at hand.

I got out my Number One Greatest Tool, a claw hammer, and managed to tap a slightly smaller socket onto the rounded bolt – and when I say ‘tap’, I mean bash. I affixed the ratchet and grunted and strained, and even stood on the fork-leg for leverage, but the nut did not move.

I went inside rang a mate who knew of these things.

“How long have you and I been friends?” I asked him back.

“Why do you assume I even know what one of those is?”

“I’m sorry. Look, I’ll come over on Wednesday night and give you a hand.”
Did I tell you I wasn’t a patient man? Wednesday night would not do. The bolt had to come out now, not then.

“I’ll manage,” I said through gritted teeth and returned to the yard. My girlfriend was baking the front of herself, but I didn’t look very much and went to deal with the fork bolt.

I was pretty mighty back then, but not all of my strength and none of the languages I cursed in had any effect. I tapped at the fork boot, I sprayed WD40 at it, and I heated it on the stove.

And then I lost my mind and started smashing it with the hammer.

Thor himself could not have deployed Mjolnir to more effect.

I pounded that fork boot like supercharged mine-hammer reducing a mountain to dust. It resisted ever so briefly and then the cast aluminium it was made of began to fragment and powder itself in a most satisfying fashion. Bits of fork boot flew about the yard and my girlfriend had to move further away to avoid being injured by one of the shards.

It took about three minutes of frenzied smashing to reduce the entire fork boot to its primal powdery state, whereupon I could behold the stripped bolt in all its naked, oily glory, lying on my driveway and being my not-so-smart-now-are-you bitch.

It was a Pyrrhic, and somewhat expensive victory.

Many of my greatest ones are.