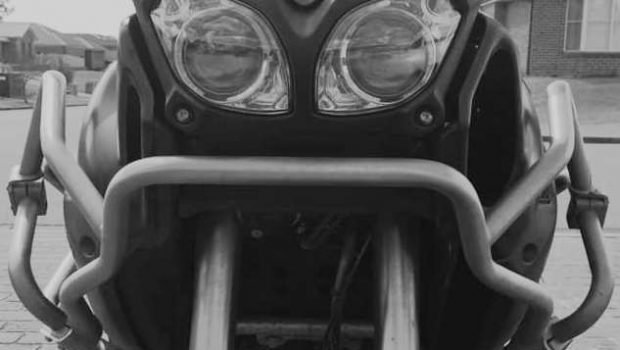 THE GORILLA FILES – Night-time is the right time

Some of you might be aware of the MotoPG Podcast I am doing. You should immediately subscribe. It’s free and you’ll probably get a giggle out of it.

Anyway, this podcast thing requires me to ride home from St Leonards to Singleton every Tuesday after the MotoGP race. 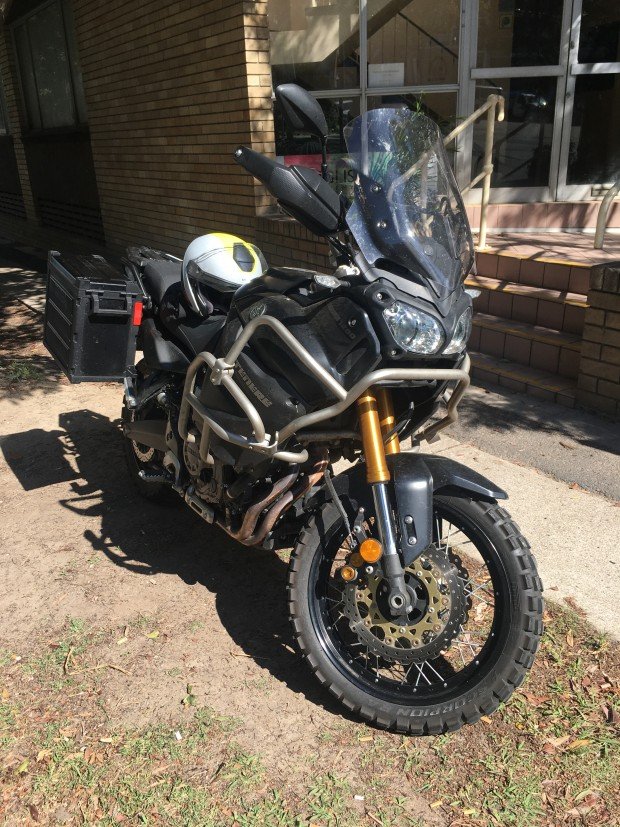 It is still daylight.

Sometimes, I can leave early enough to do the Wollombi-Broke Road when the kangaroos aren’t so restless. And sometimes, because the fun just keeps on funning, we run late, and I choose a safer, but more boring option, and tool down the freeway.

How about you hit a ’roo at 190km/h and then we can have a chat about my simpering bitchness? I’m still stressed out about that incident.

And I live where the hopping shit-rats are rife – and while mining trucks and troop-carriers full of armed squaddies off a bunch of them every night, there’s still no shortage of the bastards.

So when it’s just on dark and they got their hop-hate on for motorcycle riders, I’m on the freeway.

The other night, me and Gorilla Guts left Sydney half-an-hour before dusk. It was surprisingly cool, and as an experienced motorcyclist, I was once again not wearing the right gear. Still, Gorilla Guts does have heated handlebar grips. You can find them quite easily on its often-criticised-because-it’s-not-sexy-TFT-dash. I actually like the dash. Yes, it is a little old-fashioned when compared to the all-colour OLED trillion-pixel TV sets now appearing on bikes – but I find it strangely comforting on a true go-anywhere Adventure bike. It’s unlikely Yamaha’s LCD dash will chuck a spazz in Bahir Dar, Yangambi, or Khatansuudal. In fact, if I was going to the outer reaches of everything, I’d probably choose a Yamaha.

The reliability is without question. And the Super Ten is built like a Panzer. I honestly reckon one could recreate the famous Top Gear stunt where Clarkson sticks a Hi-Lux on a building, then dynamites the structure and drives the Hi-Lux out of the rubble. Is the Super Ten bulletproof? I guess it depends on the bullets you’re shooting at it. But I reckon it would be good for anything up to the .222. You know them .300 Magnums wreck everything.

With my hands warm, and the excellent wind protection offered by the manually-adjustable screen keeping the cool air off my lightly-covered chest, I headed north.

This was actually the first time Gorilla Guts got fired up the freeway. And at night. So two things would be revealed.

The first was just how well the giant black thing hauls arse at 140-160. Smooth, imperious, and quite agile weaving in and out of slower traffic, 1200ccs is 1200ccs. The Super Ten is a seriously great touring bike. If you never take it off road (and many won’t), you’ll revel in its road-going ability. And at night, you can dream of taking it to Doom Dooma, near the headwaters of the mighty Brahmaputra River – because it’s so up for that too.

The second was the headlight thing. No-one who reviews bikes rides them at night anymore. In fact, they don’t seem to ride the reviewed bike anywhere much at all. Seems like it’s too hard for all of those at the Top Of The Game to do such things.

But as someone who does not breathe that rarefied air, I do take review bikes places. And headlights are important to me.

Slowly, these important things are becoming better on bikes. And Yamaha leads the way. The dual goggle-like jobbies on the Super Ten are very good. Low-beam is wide and flat and has a great throw. High beam raises the beam and chucks it further and brighter, but it remains just as wide, which is great for seeing things coming out of the scrub at night and for cornering. 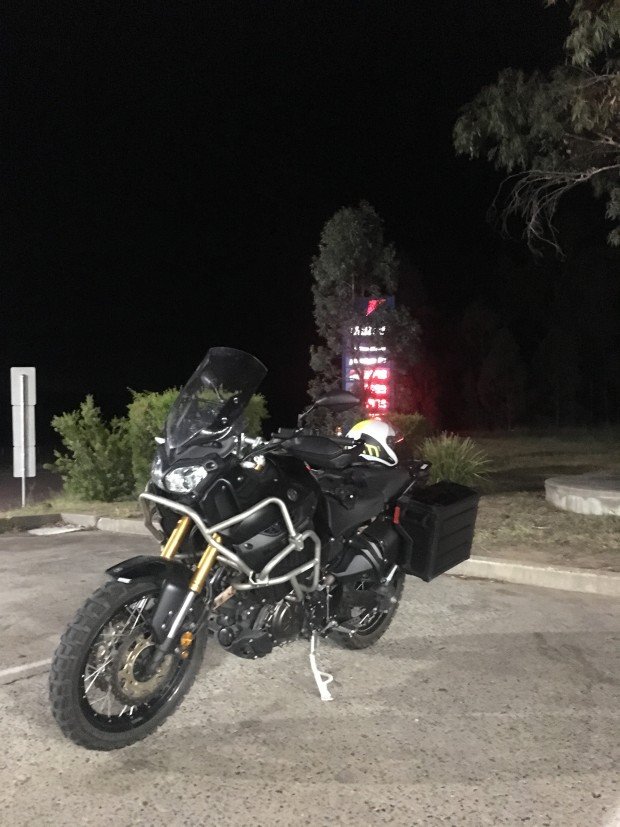 And now it is dark. Everywhere.

Riding at night is wondrous, but having good lights is a must. And now that summer is almost here, heading out in the cooler nights, cloaked in velvet darkness with less traffic and less cops, is looking like a clever option for me.

Gorilla Guts and I smashed that freeway in good time. From the start at Pennant Hills Road, to the outskirts of Singleton, I counted an hour-and-thirty-five minutes.

I then got involved with a criminal servo attendant who wanted to overcharge me for items.

“That is the price on the machine. Head office sets the prices. I just work here.”

“Sure,” I said. “But that job status may well change when I call head office and tell them you scanned the thing twice because you’re trying to steal my money. You think just because I am covered in moths and ride a bike that looks like it’s just conquered your homeland, that I am stupid and you can rip me off.”

I think we left as friends, but I am not sure.

ALL THE SPECS AND PRICES ARE HERE