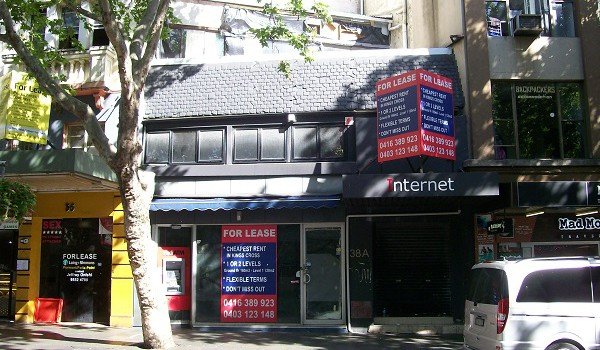 THE CROSS I CANNOT BEAR

Kings Cross was once one of my favourite places on earth. On a hot summer night, with the fire of youth in my belly and stroked Shovel that sounded like an artillery barrage when I cracked the throttle, there was no finer place to ride to than Cross.

And of course, venues the like of which will never be seen again.

No other so-called “entertainment” district in Australia could ever, or would ever, approach the Cross. It was truly Australia’s epicentre of shit, sin and shenanigans.

I have lost count of the nights my Shovelhead was parked in front of the Pink Pussycat strip joint, while I got my Cross on.

It’s very hard to explain what the place was like in the Eighties to people who have gone there in 2016 and wondered what the big deal was.

The perverted clero-fascists of the NSW state government and its monastic police commissioner have overseen the end of the Cross (and pretty much any and all nightlife in Sydney) and it’s always pointless to cry over spilled milk. So I’m not crying.

The nights I spent in the Manzil Room (rechristened Springfields in 1990, but also lovingly referred to as the Mongrel Room and the Mandrax Room), blessed drug-caked rock-midden that it was, were simply unforgettable – even though substance abuse has left big holes in my recollections. Tucked away just off the main drag and within diagonal staggering distance of Les Girls (for when you simply had to top your evening off drinking with and being insulted by glamorous transvestites), the Manzil Room was one of those places that will live forever in the souls of those who wandered through its doors. You couldn’t eat its food (which was only available so the liquor licence could exist), and you dared not ever collapse onto the diseased gluey carpet. And if your ears weren’t ringing and it wasn’t dawn when you staggered back to your bike, you had done it wrong.

Home to dissolute post-gig Aussie rock stars fried on cheap speed and cheaper bourbon, it was one of the greatest pick-up joints on earth. The giddy, mini-skirted girls ploughing their way through vodka-oranges, were easily convinced you were with some band, even if your only association was that you too had a mullet. The inter-gender lies told in that narrow, loud, smoke-dense atmosphere were beyond criminal, but righteously glorious.

Around the corner was another fabled den of depravity, the Persian Room. You went down the stairs and into a very different vibe from the Manzil. This was disco just when disco was gaining traction. But it was also gangsters, whores and drug-dealers, and this made the Persian Room the must-visit Kings Cross hang-out if you were none of those things, but keen to have some of their dangerous glamour rub off on you. Strobing lights, small tables with real table-cloths were arranged so you could look down through ridiculous Moorish arches onto the sunken dance-floor, usually heaving with dancing girls, and which was the brightest section of the club. The rest of it was cloaked in tense conspiratorial darkness. There were other discos in Sydney at the time – the flashy up-itself Pips, the exclusive and also up-itself Safs, and the hugely up-itself,  but very impressive-for-the-big-date Juliana’s at the Hilton Hotel in the city – but none of them came close to the Satanic thrum and potential peril of the Persian Room. The chances of being stabbed to death in the toilets were always very good. The only place that ever came close to its iniquity was the short-lived and cavernous Creole out at Bondi, but any place that openly sold amyl nitrate at a counter near the front door, was bound to be a laugh.

Then there was the Bourbon and Beefsteak, standing proudly as the nil plus ultra of Kings Cross venues. It had it all. Danger, depravity, good food, and a row of open-window seats from which you could view the feverish street as you necked oysters and overheard six different conversations in just as many languages at nearby tables. It also had a maitre’d  who was the epitome of grace – he treated the most bestial tattooed bikie and his slut-princess girlfriend exactly the same as he treated the bloke in the tuxedo with the lingerie model on his arm.

Part restaurant, where only the finest and most corrupt NSW police officers dined and drank for free, and part music venue where you could just as easily get glassed by a visiting sailor as cop some wild headjob in the toilets from a girl you met at the downstairs bar, the Bourbon was a place you had to have a bit of money to spend to really have a good time in. Gamblers, pimps and foreigners are always a heady mix, and the Bourbon was where the best of those cocktails were made.

But they are no more. Sure, the Bourbon is still there, but it’s now some kind of ID-scanning, trendo-pubdroid thing priding itself on its wood accents and geometric-tiled floor.

The rest are gone. It’s entirely pointless to ride up there, even though there’s lots of room to park on Darlinghurst Road these days.

The Cross is nothing but a hollow corpse of what it once was.

And we’re all much safer as a result, so I suppose that’s great.