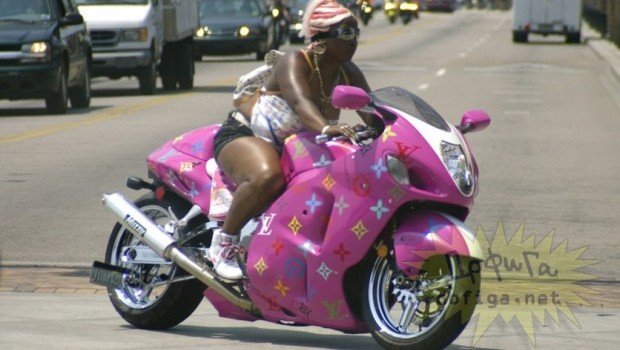 WHO PUT THE ‘FAIRY’ INTO FAIRINGS? WE DID

This is the first column I ever wrote for Australian Motorcycle News (AMCN) back in 2002.

I was angsting greatly about what to write, AMCN being the bible of Australian motorcycling and getting a column in the magazine was a really big deal for me, and still is.

“Should I tell them about myself?” I whined at Brother Silverback. “Should I try and achieve some credibility with the readership?”

“I think you should punch them in the face as hard as you can,” Brother Silverback replied.

HONESTLY, fairings are for poofters.
Soft, buttery ones who selflessly enjoy rough man-sex in seedy Oxford Street toilets on weekends.
This is a self-evident truth with empirical evidence to back it up.
Now, I realise many of us have been ruthlessly conned into believing fairings are simply peachy.

Soft-as-wodge bike mag editors, devious marketing fascists, and our own foolishness combined to hoist the fairing to prominence and ubiquity that must only ever be reserved for chicks who’ve got great legs and giggle when you suck vodka off their firm, golden bellies.

Until about 25 years ago, most bikes were pure and nude and manufacturer’s actually had to design pretty engines – which they mostly did – with some notable exceptions such as BMW’s mouth-souring early K-series, Ducati’s hideous Pantah thing and every CX500 Honda ever built.
Then something changed.
Fairings began appearing on bikes.
The cancer was metastasising.

Flushed with youthful innocence I immediately bought a sharp little bikini fairing for my first ever brand new bike (an XJ650) – and spent hours savagely scarifying my fingers trying to fit the bike to the fairing, before powdering the universal-fitting bastard with a ball-peen hammer and sulking for days.

Haven’t liked them much ever since.
That, however, didn’t stop them from taking over the world.
Normal bikes are now “naked” bikes or absurdly named “streetfighters” ridden by hooligans.

No longer do manufacturers have to make pretty under the tank.
If you don’t believe me, pull the fairing off yours and look at your motor.
Pile of wretched eye-gouging garbage, isn’t it?
As aesthetically pleasing as swamp-buffalo rooting in a warm bog.
Thank heavens there’s five gorillas worth of flashy fibreglass covering it all, aye?

Small mercies, people.
It’s like bandaging a wound. What’s under the bandage is still painful – it just doesn’t make small children cry anymore.
And wait until you bin it. You’ll be the one crying when you realise how much it’s possible to charge for bastard fibreglass these days.
“OK, what about touring bikes?” you say.
What about them?

“Erm…you do big miles on ’em and…
And what? Why do you need a fairing for that?
Is it a health issue? Is the wind too hard on your old and broken body?
If it is, buy a car. Just get off the damn bike before you succumb to being squidgey, kill yourself with the back of a truck and drive my insurance premiums (if I ever get insurance) up even further.

And don’t give me that “I like to listen to the stereo when I ride”, crap.
You want to listen to music, join a band. Or stay at home, whack on the woolly socks and rot on the couch listening to Air Supply.
There’s no excuse for a fairing on ANY road bike, let alone a touring bike.
I mean, do you people like getting booked? Is that it?

Look, it’s common knowledge that police intelligence quite resembles a box of hammers.
And it’s taken them a few years, but they’ve finally worked out parameters by which they “judge” the speed of a bike.
In court, they’ll say they only radared you because they first “estimated” your speed – a mystical process allegedly based on their years of…um, experience in estimating things.
They are lying like curs.

The police use the following principle when practicing hot radar love:
Him see fairing – “Datza race bike, Sarge! Them’re fast ’cos veyz all swoopy! And look! The accused’s crouchin’. He’s speedin’! I’m-a zappin’ him!”
My best mate, Brother Silverback, is living proof of this.
In 80,000 kays on his BMW GS chookmeister, he’s never been booked. Even speeding and damaged by chemical imbalances, the police just ignore him. The crazed bastard even waves at them as he rides past.
In the same time-frame, he also put a bucketload of miles on his tricked-up Kwaka ZX-12.

Sit upright with an open-face lid, showing your motor, and the police will ignore you because you just don’t compute to them. You can’t be speeding because you aren’t crouching and your bike isn’t a swoopy one that goes fast, right?
I ride a Speed Triple and I encourage and applaud this line of reasoning in the police force.
It’s like this…

You want wind protection, buy a car.
You want to know what 260km/h REALLY feels like and sow confusion and doubt in the minds of the cops?
Lose the fibreglass.
Or maybe you want to boogie with tanned gay men in sticky-floored nightclubs?
Your call.