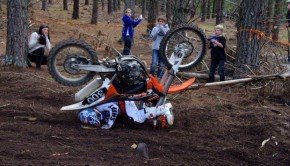 YOU KNOW THAT “DIRT” RHYMES WITH “HURT”, YES?

Every weekend, legions of powerful and daring young men, kick their dirtbikes into life and sally forth to test their mettle and, sometimes, the bike's metal as well. Except sometimes, it doesn't quite work out so good 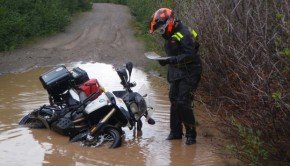 “I’M GONNA TRAVEL THE WORLD AND HAVE ADVENTURES AND SHIT!”

There is no better way to see and experience this amazing world of ours than on a motorcycle. On a motorcycle you are in the world, not looking at it through a window. You taste it, smell it, and feel it in a way that no man who doesn't ride can ever experience it. So what are you waiting for

We speak with Glen Hoffman, Ben Grabham and AJ Roberts about their past, their present and their plans for Dakar

We speak with Glen Hoffman, Ben Grabham and AJ Roberts about their past, their present and their plans for Dakar 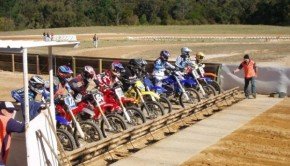 Dino works out how to go racing on the cheap. A bike, leathers and forty bucks should do it 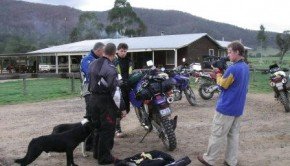 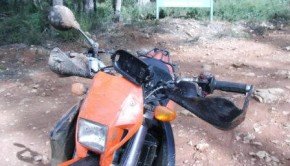 SATURDAY 5 MAY 2007 Up around 0700, bikes already gone. Quick toast and coffee in pub, on road to Canberra. 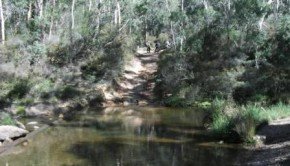 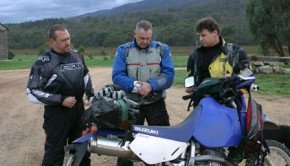 Remember that song, “Climb Every Mountain”, sung by the Mother Abbess (played by Peggy Wood) in Sound of Music? That 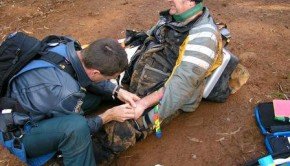 I love Canberra. But not for reasons you may share. I find it a most beaut place to take my