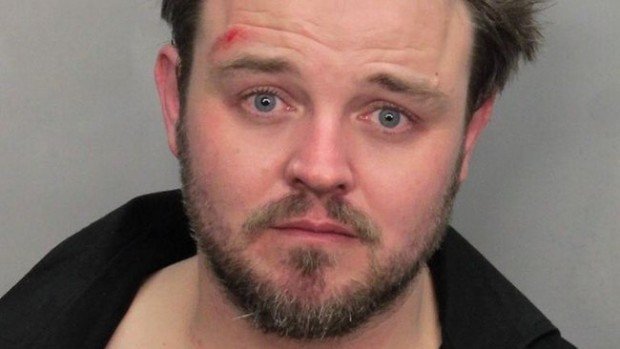 It’s been a while since I addressed the lumpenproles personally. It’s not very sporting to poke fun at the slow kids in class, but it does grant me some schadenfreude at their grotesque worthlessness. And since the festive season approaches, and some of them will no doubt be cleansed from the motorcycling gene pool, I want to make sure they don’t leave us without my benediction…

Many were the arseclowns who penned letters of vapid outrage as they sprang to the defense of their fellow arseclowns and their God-given right to sandpaper new tyres. Not one of these arseclowns has yet managed to grasp that motorcycling is not a sheltered workshop, a crèche for the uncertain, or a mutual admiration society. It’s a true live-or-die lifestyle where the stakes are imponderably high and dumbness is paid for in meat.

If I’m moved to remind beginners of this from time to time, it would be more productive if the arseclowns would sit quietly and not chuck their excrement around the corral. Especially when not one of them managed to say why I was wrong.

But such is the nature of arseclowns.

Arseclown Murray (Vol 57 No 8) swore off me for life (but he’s reading this now, aren’t you, Muzza?), called me names and implored Matho to sack me cos I failed to positively reinforce his “passion”, which appears to be his desire to be widely perceived as an idiot. He should have sent bribe money. Matho may have taken him seriously then.

Arseclown Mark (same issue) made a bold effort to patronise me in his lengthy condemnation, but since he is “new to motorcycling” and still reading the “right books” (whatever they are) and riding an “appropriate” motorcycle (whatever that is), I have to make allowances.

Marky appears affronted by my lack of “inclusion” for arseclowns like himself in my beloved motorcycling.

Yep, guilty. Stay away. We’ll both be happier. If you want someone to hold your hand while you learn how not to die on a motorcycle, look elsewhere. Don’t you get nannied enough by the government, Marky? Surely you cannot expect me to nanny you as well? Here’s the deal: when you have finished reading the “right books” and you buy a really inappropriate motorcycle, then you may sit at our table and not beg for scraps on the floor. Cool?

But I must have hit a major nerve with the arseclowns. Cos the very next issue, along comes arseclown Brendan, and redefines “fool” for us all.

Brendan’s comprehensive abilities are not vast, since he understood me to be arrogantly discussing “a skill that you can get a licence for in Queensland in three days”, and not how some people are demonstrably unsuited to ride bikes, which was what I was doing. I’m sure he could not have been referring to the skill of riding, which does not actually come with the government permit to ride, but is an ever-developing bulwark against a grisly death. But Brendan may not know that. Anyway, he then spent a paragraph lamely establishing his credibility as a rider and another paragraph confessing his feelings of inadequacy, while I was still coming to terms with his initial bizarre desire to discover what it’s like to ride with my dick tucked up my arse.

Brendan, I acknowledge your homosexual interest in my genitals cos there’s laws that say I have to, but I really can’t help you there, mate. I can tell you that I do indeed feel superior to non-riders and new riders. Whether I actually am or not is immaterial. All that matters is that I feel that way for all sorts of reasons. If you don’t know why I feel that way, then all of your alleged riding experience has taught you absolutely nothing. So it’s probably time to cut your losses. Buy a car. Take your boyfriend on a picnic. Talk to him about dicks.

This is what appeared in Google when I typed in “arseclown”.

That leaves only two other arseclowns – both are female, and since they chose to exit the kitchen to engage in men’s business, it’s only right that I give them the equal treatment they both so crave.

Arseclown Bernette (Vol 57 No 09) managed to “accidentally” read both my yarn and me. Probably a nice change from just touching yourself over my pictures, huh girlfriend? When you learn more about helmet comfort, you can make another attempt at advising me. Until then, be aware that men are talking – don’t interrupt.

And finally, there’s Arseclown Kasie (Vol 57 No 10), who states that she possesses some memories of the nauseous Anita Cobby murder. Doubtlessly Blacktown detectives will be pleased to hear her recollections, and the reasons why she waited so long to come forward with them.

If I’ve left you out of my blessings, it’s not because I don’t care for your opinions (and I don’t); it’s because I’ve simply run out of pity for you. Don’t take it the wrong way. Once you sell your bike and buy a car, we can all pretend like this never happened.

To the rest of you, I trust you have a safe, memorable and fulfilling holiday season and always take the road less travelled. There’s never any arseclowns on it.