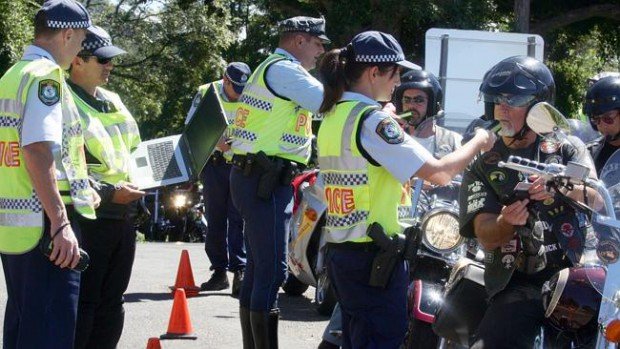 Nothing could possibly be more satisfying than achieving a desired goal. It doesn’t matter the context: an achievement is something to be shared. Whole organisations and schemes are centered on achievement and these celebrated successes make it into the news with an often feverish sense of excitement.

Of course what counts as an achievement, and is lauded a success, is subjective; not everyone cares that Ita Buttrose was awarded Australian of the Year 2013, or that Cate Blanchett won an Oscar in 2014. However many people may have considered the conviction of shamed Police Commissioner Terry Lewis in 1989 to be so. And certainly many riders will consider Marc Marquez’s World Championship win in 2013 a resounding success.

But what should a government count as a success?

The Queensland Government, in its desire to demonstrate they are making Queensland the safest place for families, continue to share its ongoing achievements in its bikie war. 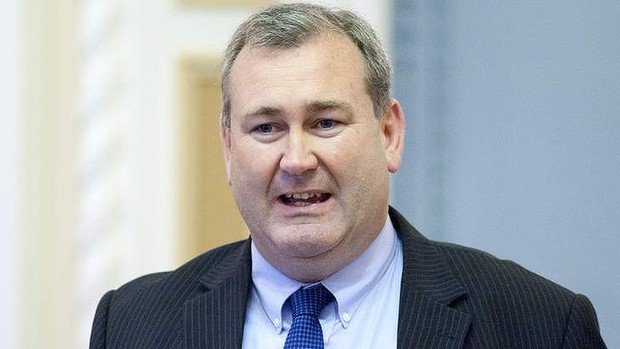 The very image of success

It continues to highlight, for all see, its apparent successes.

This week, Police Minister, Jack Dempsey MP informed Parliament that not one recreational motorcyclist has been charged.

Of all the successes to be lauded, the Queensland Government somehow thinks that admitting its wasted hours, days, nay months harassing innocent motorcyclists in Queensland, and consequently did not find a single criminal amongst them, is worth a mention.

Surely any properly functioning entity would consider success as being some kind of actual achievement? Something that did not indicate it had wasted huge amounts of resources on strip searching mums and dads on the side of the road?

‘We’ve seen 946 criminal motorcycle gang members – for the sake of the opposition, not one recreational rider – and their associates, charged with 2274 offences,’ gloats Dempsey to the Media (SBS, 20 May 2014): which makes it all the more absurd that Jamie Evans was subjected to such blatant harassment when repeatedly asked why he was wearing a motorcycle leather vest on his twenty-first police interception.

For months, motorcyclists going about their law-abiding business have had their privacy and personal freedoms violated by over-zealous police officers desperate to look good for their masters. ‘These criminals are infiltrating your rides,’ police squealed to groups of veterans, charity run participants and social riders. ‘The bikies will use the cover of your legitimacy to go about their evil, drug dealing, gun-toting business!’ police bleated to Sunday motorcycle enthusiasts.

And yet not one bikie was ever found to have infiltrated a group of ordinary motorcyclists. Not one. 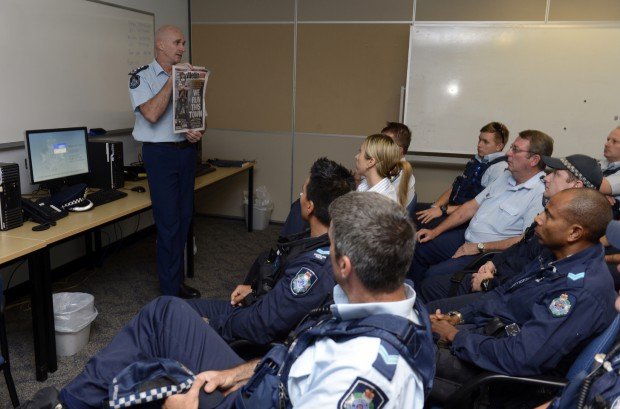 “Can any of you actually read? You know, words and stuff?”

Riders were even told to register their intentions to ride their perfectly legal motorcycle on a public road in some misguided attempt to protect themselves from arbitrary interference into their personal lives. Despite Dempsey’s insistence that the short term pain was worth it; that innocent riders had nothing to fear, the dogged harassment continued.

And for nothing. Nothing at all.

That no ordinary motorcyclist has been charged is not a success.

This admission, that despite the Government’s best efforts to vilify, ostracise and eliminate any person who dared ride a big mean motorcycle, with tough, scary leathers, and sport nasty rebellious tattoos, has resulted in an astounding revelation.

Motorcyclists are not criminals.

Of course Dempsey has always proclaimed this – he has been careful to make a distinction between ‘criminal motorcycle gangs’ and groups of riders going for a leisurely meander through the hills. Yet most citizens and police officers alike (and admitted by Dempsey and senior police), cannot distinguish between an ordinary motorcyclists and an Outlaw Motorcycle Club Member who is not displaying his distinctive patches.

And it is impossible to tell, just by looking, stopping, searching and harassing a person, if they are a criminal.

This is perhaps because a criminal is someone who has actually committed an offense, proven in a court of law, with evidence adduced and a conviction recorded. Criminality is not stamped on a person’s forehead as a visible identifier for that over-zealous officer to see.

And so, in boasting of this success, that no recreational motorcyclists have been arrested despite six months of dedicated harassment, is quite simply a massive failure.

A failure of the police to get real ‘intelligence’.

A failure in managing police resources

A failure in building productive and positive relationships with the public.

And a failure in fighting crime.

There is more to this so-called ‘success’. 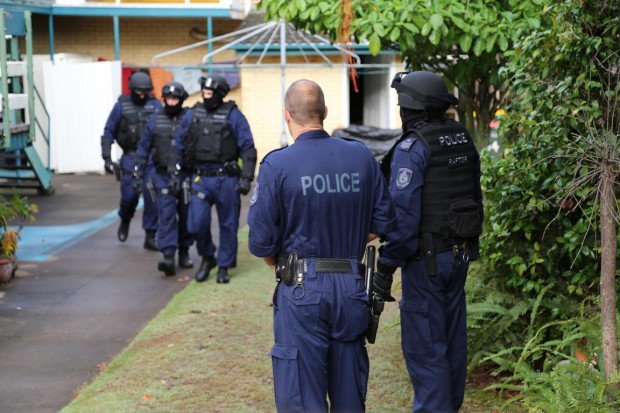 “Did they just Taser that Hills hoist, Sarge?”

Nine hundred and forty six bikies and associates have been charged for allegedly committing 2274 offences. Huzzah! This is surely a massive win on every count.

The police loosely group any person they want into this ‘bikies and associates’ category. They are all ‘linked to a criminal gang’ says Dempsey, as if this makes them all bikies and therefore countable in his war tally. However these so-called links are nothing but allegations; untested, unproven and in how many cases, entirely false? The public have no way of knowing how many are actual members of Outlaw Motorcycle Clubs and how many are associates. The police refuse to disclose this.

In an interview in July 2013, Detective Inspector Gary Watts, from Taskforce Hydra, the ‘bikie taskforce’ went to great pains to say that associates are not bikies and should not be treated as such. 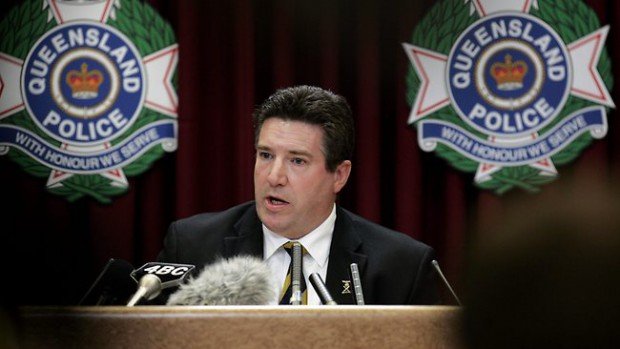 “Stop treating non-bikies like bikies! I’m serious! Cut it out!”

So why the change of heart?

Surely it is not to inflate the number of charges?

According to recent media reports, there are no longer any bikies being held in solitary confinement in Woodford prison. The public should be questioning just how many of those charged are actually who the police say they are.

But of course, this is all nonsense.

In reference to a Peelian principle, those sainted guidelines for an ethical police force, ‘the test of police efficiency is the absence of crime and disorder, not the visible evidence of police action in dealing with it’.

The Government is making a mistake in highlighting, what they say is a large number of charges, as a success.

But if you must make a tally, what actually count are convictions. And so far there are none.

And no Queenslanders have been paid any reward money for dobbing in a bikie. This is because nothing has been proven.

Since October 2013, 186,156 offences have apparently been reported. According to Dempsey, so-called bikies and associates are allegedly responsible for 2274 of these. This is 1.2%. That doesn’t sound like success to me.

And neither does ignoring the huge organised crime operations that were uncovered earlier this year, which did not involve bikies at all. In fact, one such bust allegedly involved public servants; who are all subject to the lengthy minimum sentences proscribed in the bizarrely name Vicious Lawless Association Disestablishment Act.

So, Mr Dempsey, not arresting motorcyclists is not a ‘success’, nor is inflating your tally with this ridiculously and loosely worded category of bikies and associates, neither is boasting of charging people allegedly responsible for less than 1.2% of crime.

What is success, Mr Dempsey, is demonstrating to the public that you have an ethical and accountable police force.

And on this count, I’m afraid you fail.