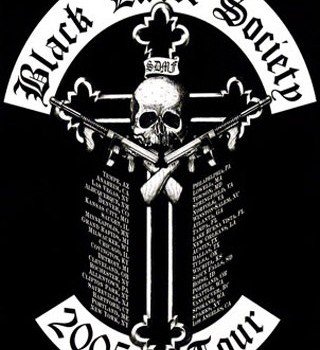 I do not speak for any one-percent club.

But I have friends in clubs and I was in one myself for more than a decade, so I got a bit of any idea about what colours are and what they mean to the men who wear them.

And my eyes slit with contempt when I see how this unique symbol is now being treated. 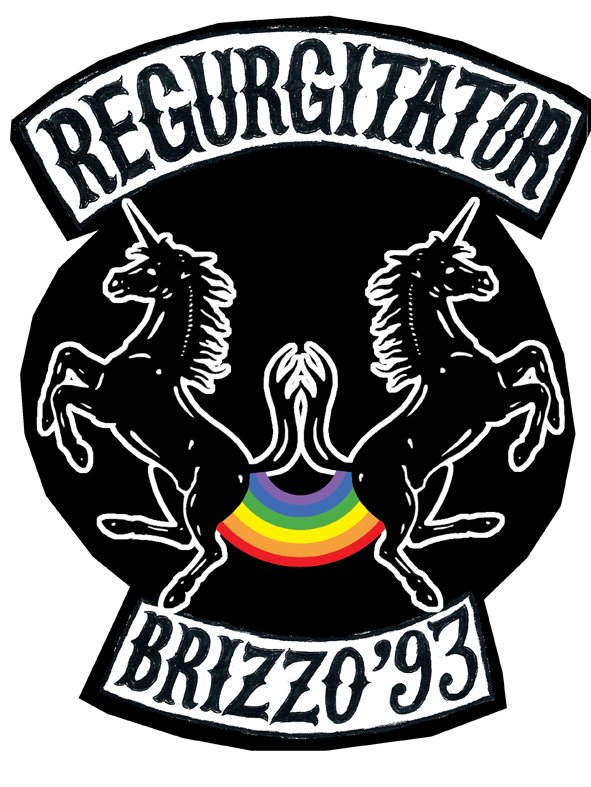 Yep, worth throwing up for.

Of course, nothing is sacred anymore. Mincing she-men are sporting mighty beards and neck-tatts. Buying a Harley no longer requires trial by combat or an ability to gap its points with ciggy papers after you’ve drunk a bottle of Stone’s Green Ginger Wine.

But I would have thought the wearing of colours would have remained sacrosanct.

It seems that I was terribly wrong. And what was once the hallowed province of the One-Percenter, is now a free-fire zone for every smelly wannabe with or without a motorcycle.

Are you new here? Did you recently succumb to clever billboard marketing, a blooming middle-aged crisis, and a wife who’s finally given you her permission to buy a Harley in lieu of having sex with you?

No problems. Just sit quietly, and I shall explain. 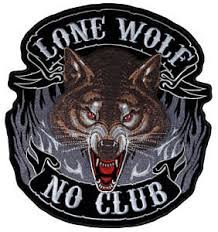 So let’s put colours on then, yes? Idiots. 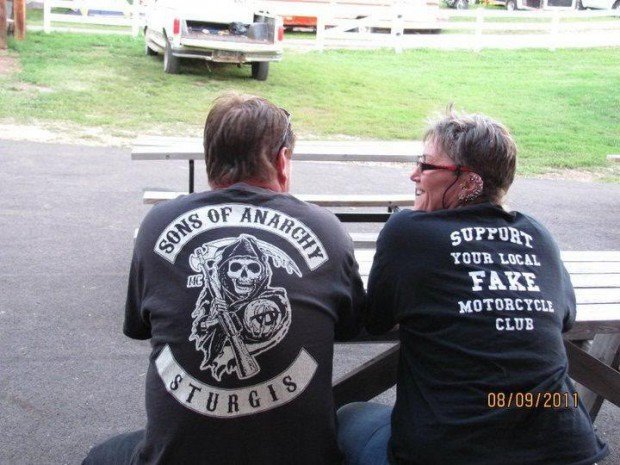 “Colours” is actually a military term, and refers to the symbol of a regiment. In ancient times, these symbols were sewn onto banners and used as a rallying point for troops during battle. Historians think their use might have originated in Egypt more than 5000 years ago.

After World War II, when what are now termed as “one-percent” clubs began to form from the ranks of returning soldiers. These clubs identified themselves with various logos stitched onto the back of their jackets. These logos were their “colours”.

The actual term “one percenter” was not adopted until after the infamous motorcycle rally in Hollister, California, which happened on 4 July, 1947. A fight broke out between two clubs, the Boozefighters and the Pissed Off Bastards, and after Life magazine ran a pictorial on the event with some staged images, America suddenly had a new bogey-man to point at. In the wake of the incident and the media frenzy that followed, the American Motorcyclist Association (AMA) sprang to the defence of its members, and told the press that 99 per cent of motorcyclists are law-abiding folks and that “one percent” are nothing more than “outlaws”. 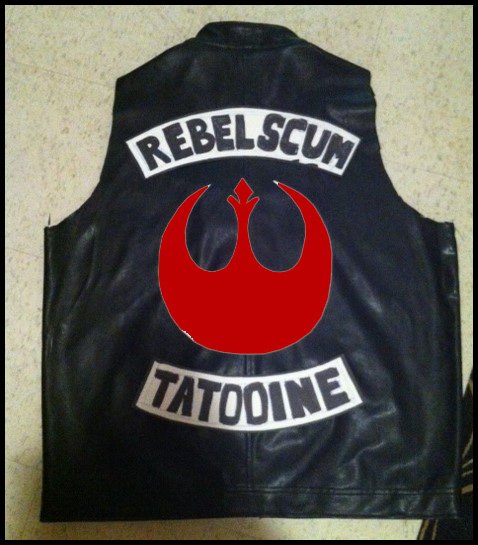 Even the Star Wars geeks are into it.

This statement, as you can imagine, resonated among the clubs, and some of them adopted the one-percent tag as a badge of honour. It can now normally be seen in a diamond-shaped patch on the front of an outlaw club member’s vest.

As the decades passed, One-Percenters spread around the western world. And today, and ironically, as these clubs fight for their inalienable right to exist against proto-fascist governments seeking an easy target, cheap imitations of their unique symbol are spreading like bad breath in an elevator. 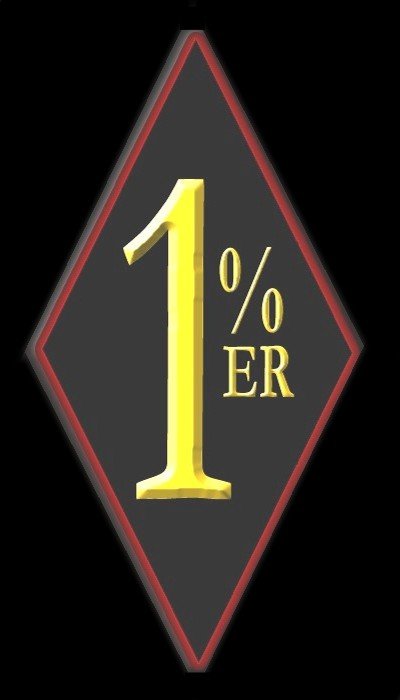 You need to have one of these on the front before putting stuff on your back.

Once upon a time, when you sewed a patch onto the back of your vest, it meant something, both to man who earned it, and to those who agreed that was the case.

And it still matters to them. It will always matter to them, because their colours are real – they have been earned, not bought and subsequently promoted as the last word in cool by a marketing firm, fashion house, rock band, or television show.

And it’s this proliferation of these fakes and the sad wannabe imitators who wear such rot that makes me slit-eyed with dark contempt. I despise cheap imitations, and I especially despise those who seek personal aggrandisement by imitating something they neither understand, or could ever possible earn.

Then there are those strange motorcycle-riding Christian clubs (and an increasing amount of “social” motorcycle clubs) that also rock the three-piece back-patch. 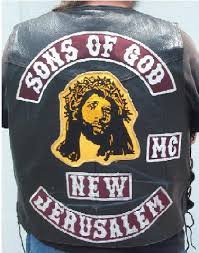 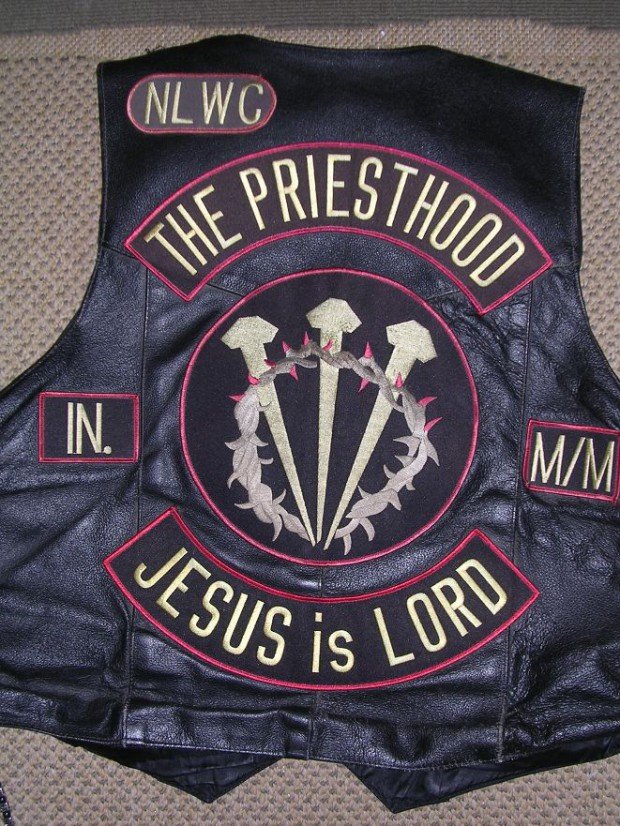 What’s that about? You need to love Jesus with rockers on your back?

Look, I get that you’re in a club. And that’s beaut. But surely you can still display the fact you’re in that club without the need to sport a pretend outlaw patch, can’t you? Why does your club’s name have to be stylised in an arc? Why, if you really need to sew it your vest, can’t it be in a straight line across your back?

Or would that not offer the same statement to non-bikers – who see rockers and think “outlaw”?

Is that it? You wanna “look” the part, but not actually pay the price that has to be paid to be the real deal? Sure, the real deal knows you’re not the real deal (lucky for you, huh?), but Joe Citizen sees a set of rockers and immediately thinks “OMFG! Outlaw Criminal Motorcycle Satanist Gang Hooligan!”

Which is exactly what you want him to think, isn’t it?

Nothing is stopping you wearing badges, patches and metallic gee-gaws on your vest. But you need to ask yourself why you need to sew fake outlaw colours to your vest when you are not an outlaw. 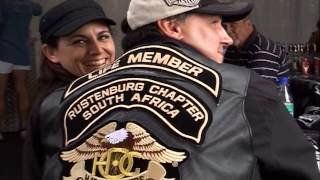 You’re not fooling me, chief.

Is it not bad enough that the whole rockers-and-symbol design has now been adopted by everything from footy supporters to bands? Do we need fellow motorcyclists to add still further insult to the true One-Percent clubs by aping their colours?

Interestingly, this is a relatively recent thing. Thirty years ago, no-one with a functioning cortex would have put on a Harley-Davidson T-shirt unless he owned the bike, let alone start adorning oneself in pretend outlaw regalia. Just ask some of the older Ulysses and HOG members what happened when they decided they were gonna stitch shit to the back of their vests.

You want to sew colours onto your back? Go the fuck out and earn them. Then they might actually mean something to you and to other people. You might even be able to hold your head up when the real deal walks by.

Because, quite frankly, unless you are a member of a One-Percent club, I fail to understand what business you have pretending to look like a member of such an organisation, you knob.