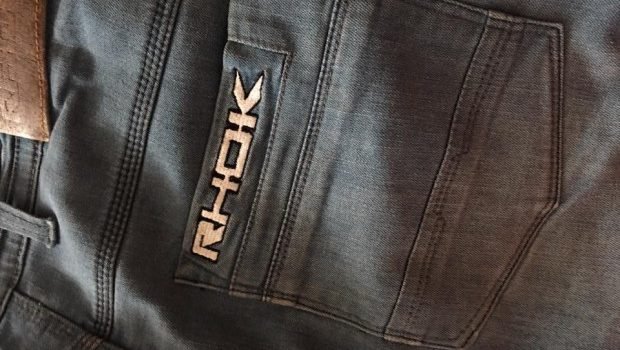 My friend Marinko called me the other day.
“You want some more Rhok jeans?” he asked.

“Mate, the ones you gave me years ago are still good,” I replied.

I’m not one to knock back products for review, but there are only so many pairs of Kevlar jeans I need.

“No worries,” Marinko said. “You let me know when you need a new pair.” 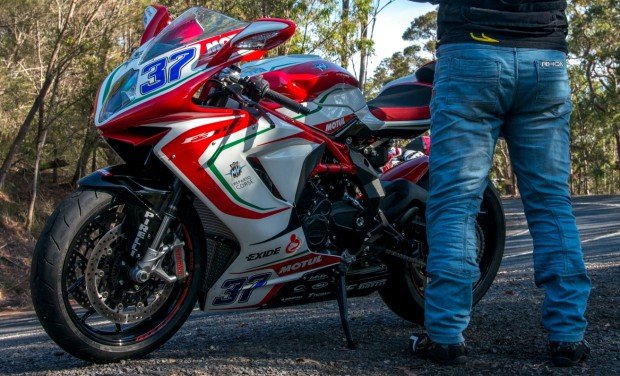 I wear them a lot on bike reviews. It’s because I like them.

I looked at the jeans and thought, shit, it might be years before that happens. Which is a shame, because I very much enjoy Marinko’s company. I admire a man who was on a bike trip to Thailand some years ago, and began having what he thought was a heart attack, then put the heart-attack on pause so he could beat shit out of someone who was laughing at his lack of breath, and then resumed being breathless and dizzy. Serbs. We are tough to kill.

Anyway, it seems at least one of us is also pretty good at making these Kevlar jeans.

You may read my initial review of Rhok jeans HERE – and everything you need to know about them is on that link.
Almost three years on, I have little to add, other than they are still just as comfy, all the zippers still work perfectly, all the belt-loops are intact, and none of the pocket-linings have torn. 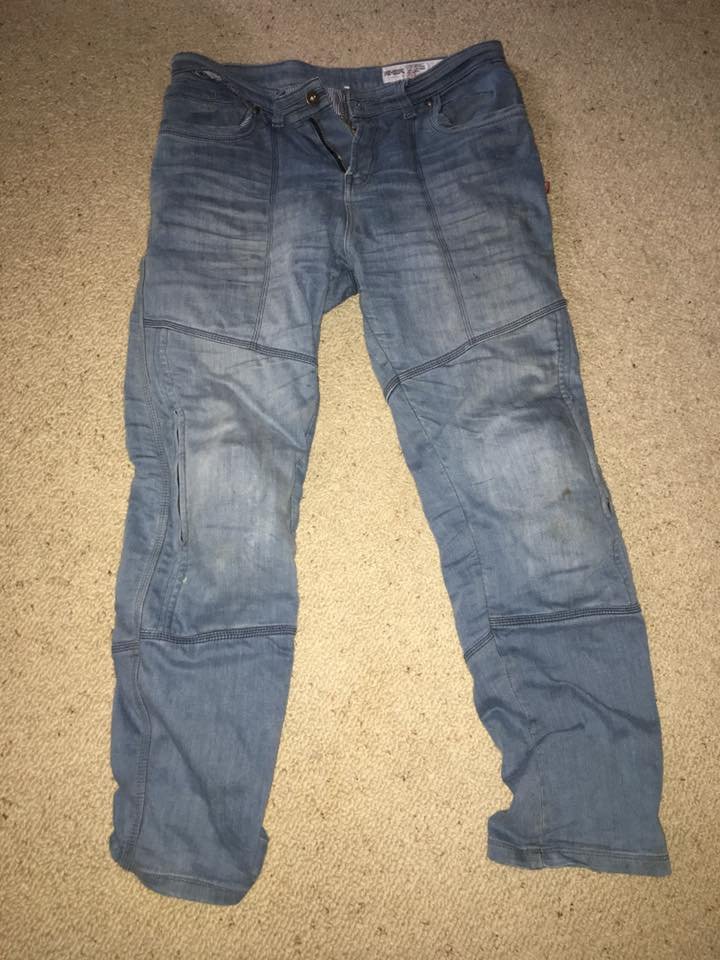 These are the same jeans in the image above. Almost three years old. Not a stitch out of place.

That is pretty astonishing, given how much I wear them and how hard I am on clothing.

I like that they’re cut for men who aren’t snake-hipped cat-fanciers.

I like that I can wear them all day and ride everything from knees-up sportsbikes to knees-out cruisers in comfort.

I like that I don’t have to take them off to take out or put in the CE-approved knee and hip armour.

And I like that Marinko did not have a heart attack in Thailand but that it just looked and felt like one.

Of course, I have not crashed in the Rhoks and have no plans to, so I cannot speak to their crash resistance. I’m thinking, given what Rhok does, what materials it uses and how much attention Marinko pays to make sure the finished products are spot on, it would be pretty good. But I don’t want to find out.

And quite frankly, I’d rather get my Kevlar jeans from companies like Rhok – no bullshit, hipster-free environments that produce outstanding, long-lasting pants for a reasonable price – than from some of those new-to-bikes fancy-arse bearded-women-collectives who think I need a pair of $600 bike jeans you can’t cut with a knife. Really? Must mean lots of hipsters are getting cut, so that’s not a bad thing. But it’s bullshit as far as motorcycle crashing is concerned.

And I will not now or in the future pay $600 for Kevlar jeans. Nor should anyone. That’s just bullshit.

Rhok jeans don’t cost that much. They cost between $140 and $175 almost three years ago, and they still cost that today.

Look for them on Ebay, which is how Marinko manages to keep costs down. Simply search for Rhok jeans on Ebay and they will be Express posted out to you. 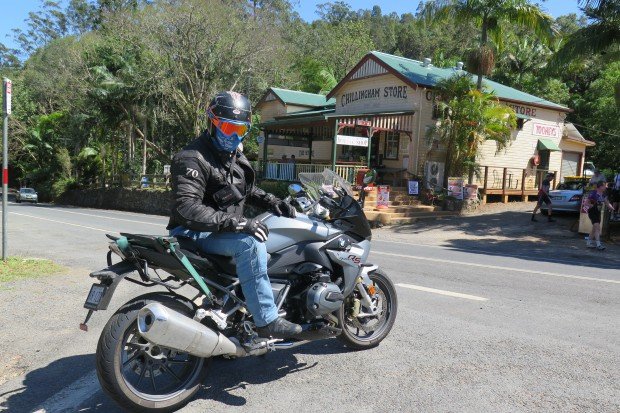 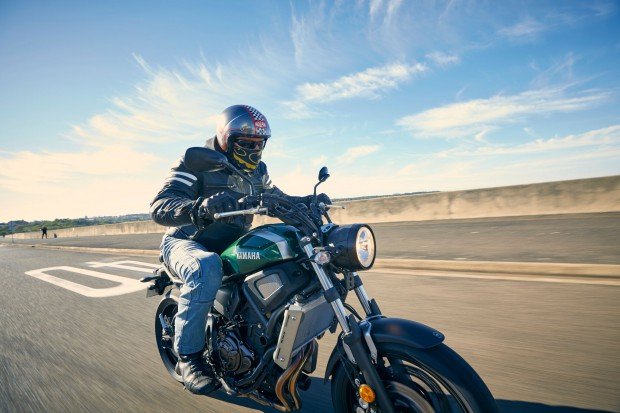 Had them on at the Yamaha XSR launch. 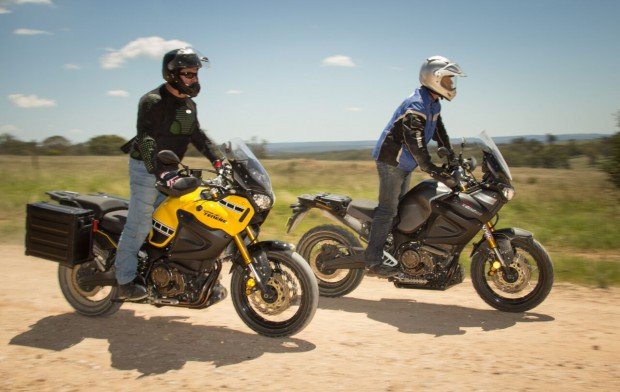 And had them on a shooting trip here.