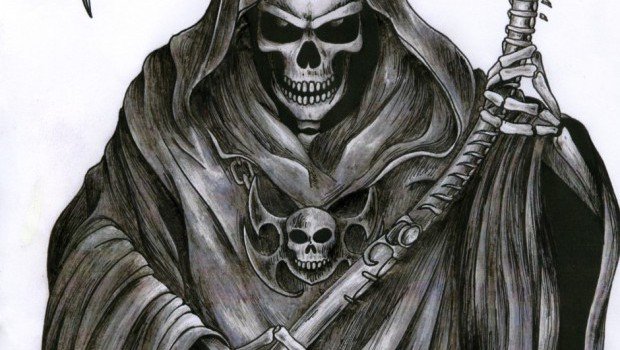 “How was the trip home?” 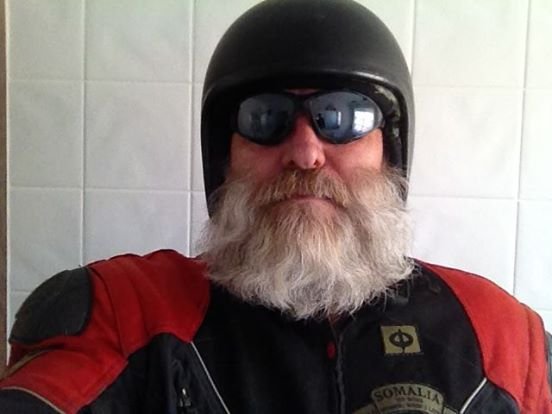 Aaahhh, the Baidoa Sands Resort. Good times. You can see my efforts at gardening and making a pathway so we didn’t track mud into the tent, which had a mud floor.

That’s moi standing and Big Al sitting. He’s sitting on my pack I think. Someone stole my stretcher after that Somali bled all over one at the rock at Bur Hakabar. So I slept on the ground for the rest of the trip. I used to wake up and roll over, flick the scorpions out from under me and go back to sleep. Not that we ended up sleeping in the tent much. I slept on the ground, in bombed out buildings, on door steps in back alleys, in tin shacks, in the back of vehicles, under camel-thorn trees, in the middle of a main road, and way out in the middle of an airfield after everyone gave me the shits talking and smoking instead of sleeping. I slept in the pissing rain and nearly drowned once, too. That’s the one thing I remember most, being so tired. So utterly shattered. Sleep deprived, hot, dehydrated, cranky, and on edge.

Note that I spent ages with a couple of hard rocks making a Roman Numeral 7 on the rock, for 7 Platoon. This was just prior to me stealing parts from an abandoned Russian radar truck and making lights. We also made some garden furniture out of packing crates and an old cable drum. I got some crushed gravel and fixed the path, we installed a flagpole and ran up a C Coy T-shirt. We could have won one of those home-makeover shows considering it was actually a rubbish tip when we started.

At the front gate I had a crowd of about a hundred kids under the OP all chanting for chocolate. I ate all the M&Ms in a big pack, and filled it with gravel. I held it up and had the crowd going nuts. After a suitable time of winding them up, I lobbed it behind the crowd. There’s a rugby scrum of a hundred kicking, screaming, biting kids fighting in a circle for ages, and one kid leaps out of the crowd and runs cheering himself. He gets about 30m and stops, spins around in outrage, holds the pack up high, and every kid there turns and glares at me, and he yells “Australia fucking bastards” and I rolled around on the ground laughing. One of the guys told him who I was, and next thing this kid is ripping it up me “USHTOR, MAN FROM HELL, FUCKING BASTARD”. I laughed until I had tears running down my cheeks. 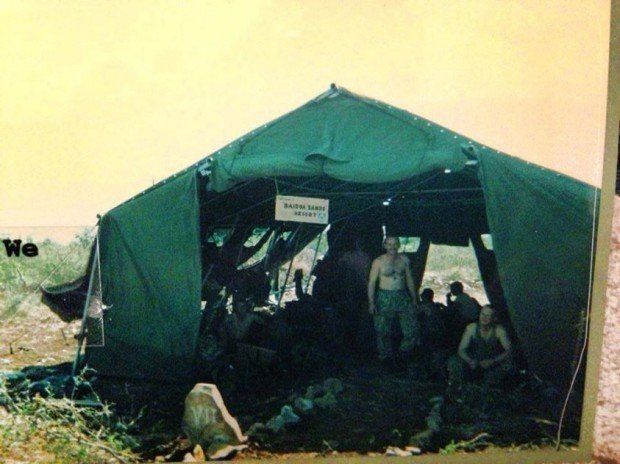 ON THE MEANING OF LIFE

To know the Reaper is waiting for you, and to make that fucker wait a little longer. That is the true meaning of life. 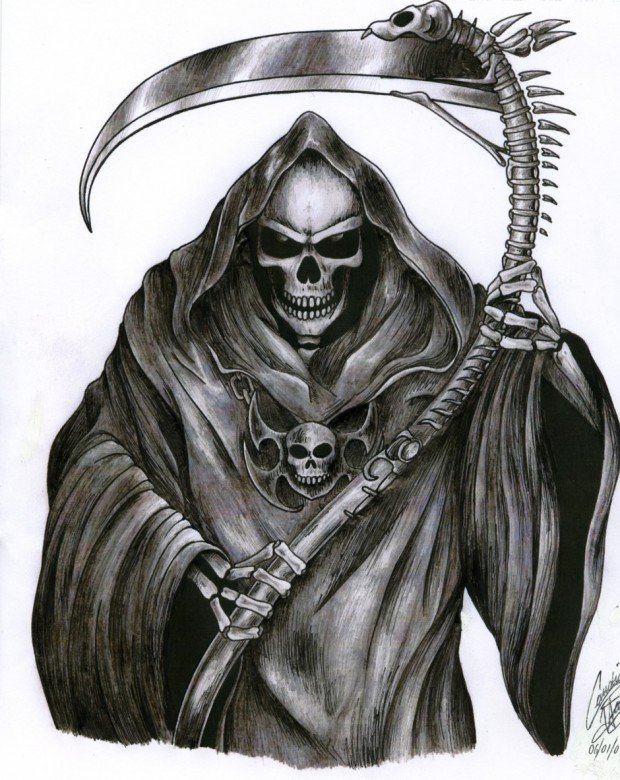 Sydney sucks. I don’t know how you Sydneysiders do it. It didn’t matter what time I left my parents’ place, I still didn’t get to where I was going on time. I got stuck on the M7, M5, the M4, Parramatta Rd, the Great Western Highway, I took a short cut through a park when traffic accidents frustrated my efforts at getting to where I wanted to be. That resulted in being soaked to the point of me skiing along with mud roosting everywhere. Blacktown City Council wont be happy with the result. I have honed my lane-splitting kung fu. I split past two cop cars this afternoon in Bankstown. I even managed to “accidentally” go around the outside of a Highway Patrol car while I was doing 80 in a 70 zone, without getting a ticket. Winning. I did avoid making eye contact with him when he pulled up alongside me at the next intersection. No point pushing things. 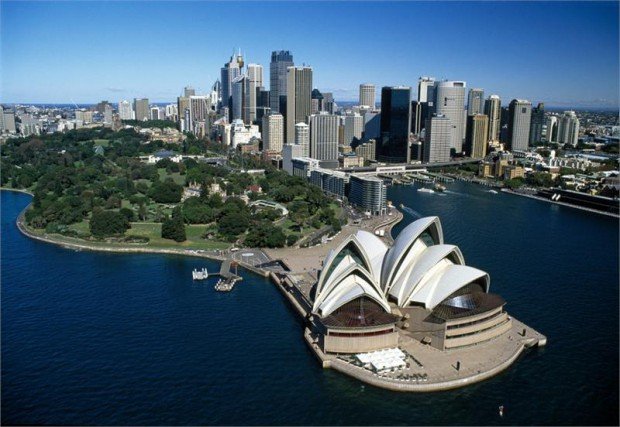 The tinkle break. I liked the look on Lisa’s face when she drank the lemon iced tea. You’d think I’d pissed in it. Apparently she doesn’t like Lemon iced tea. 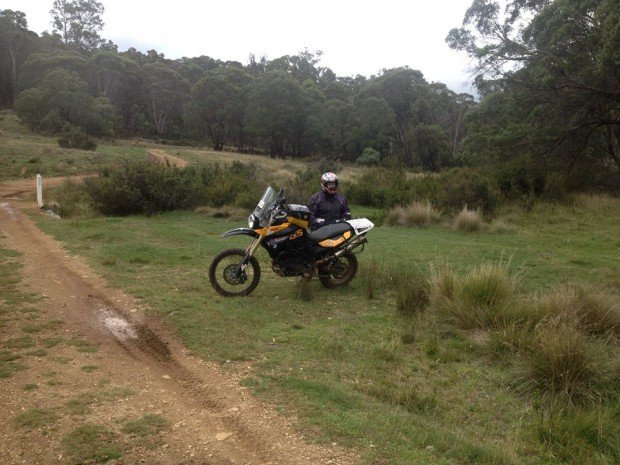 The KTM 950 had rear subframe problems from an “Around the World Tourer” perspective. If I remember correctly.

I saw a couple of tales of woe on the ADVrider site a few years back.

Alloy sub frame, from memory. Cracks and then fails. Usually somewhere in rural China or outer Mongolia, for some reason.

The risk seems to be directly proportionate to the distance you are from someone who has a TIG welder, from what information I have gleaned. 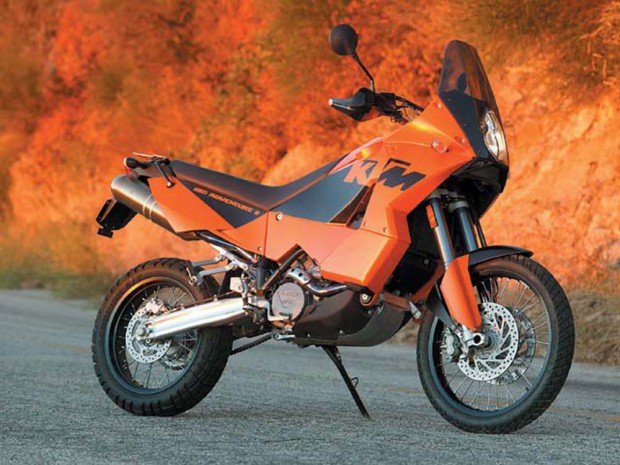 Snowy is a long-time BIKE ME! member and former soldier, who relishes taking his motorcycle into the high-altitude wilderness near his home in the hope that he will be forced to fight for his life with a sharpened rock against all the predators that will come for him in the night. He refuses to write for us, so we’re just going to put up bits of his ageless wisdom for the benefit of all mankind