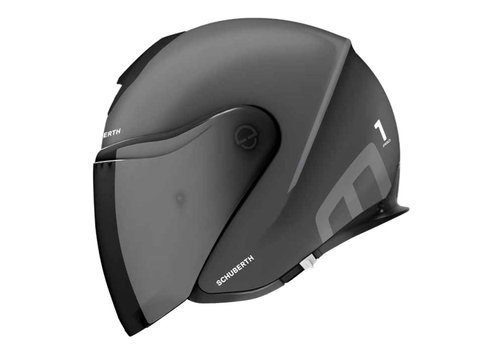 I didn’t know how good an open-face helmet could be until I pulled the M1 Pro onto my bonce.

I felt we had reached Peak Open-Face with the M1, which I reviewed and used extensively in 2018. It became my Always Helmet, rain or shine, and you can read what I thought about it HERE. 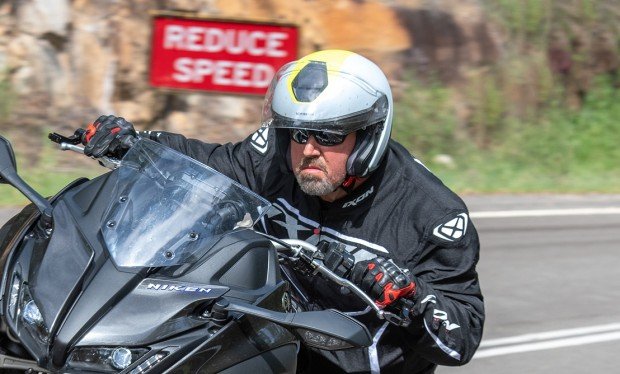 But then late last year, Schuberth Australia contacted me and said the new and much improved M1 Pro was out and would I like one to try.

A man cannot refuse such a thing – though I was sceptical as to how much better it could be than its predecessor.

At first glance, I noticed the exhaust vent at the rear was gone. I wondered how this would affect the massive airflow the earlier model had. I needn’t have wondered. The Pro seemed to be just as brilliantly ventilated as the old M1. I wore it all through the heatwave Eastern Australia was having over summer, and when it’s 45 degrees and you’re spending six or seven hours on the road, you’ll very quickly decide if your helmet would be better off as a planter for flowers. 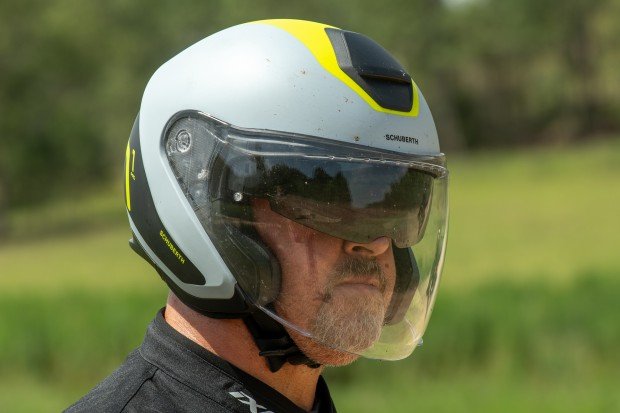 Both external visor and internal sun visor engaged. The bugs are extra.

The lining has also been changed and somehow made even more luxurious and delightful. You pull it on your head and actually feel like you’re donning a high-quality bit of kit.

And of course you are.

Schuberth is tombstone serious about making the best helmets in the world. It’s just how Germans roll whenever they decide to make something. 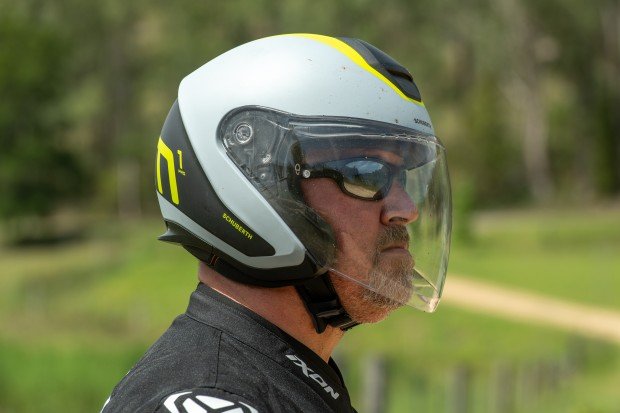 So wearers of open-face lids will be delighted to know here is an open-face helmet that transcends normal open-face helmets in so many ways, but still offers that unbeatable feeling of Face-In-The-Wind.

Full-face lid wearers will be equally astounded when they discover that with the big face-shield pulled down, they have the same feeling as if they were wearing a full-face. It’s like some crazy magic trick.

But this is not the only magic. 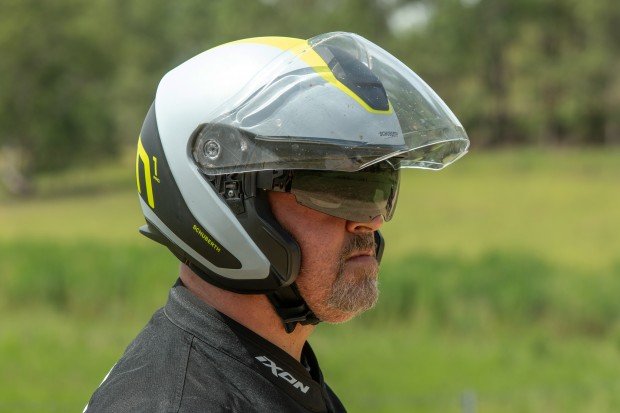 Forgot your sunnies? No problem. See how it does not sit on your nose? This is a good thing.

This is the only open-face helmet I have ever worn which does not buffet your head when the visor is fully up. It’s astonishing. It has everything to do with the wind tunnel Schuberth uses to develop its lids, which saw the addition of wind diffusers (little evenly spaced ridges along the top rim of the visor) which do an amazing job diffusing wind. Even at speeds in excess of 160km/h, the visor can be left up with no lift and no buffeting.

Want the visor off? Easy. There is a drop-down sun visor you can deploy and the M1 Pro still retains its aerodynamic efficiency. 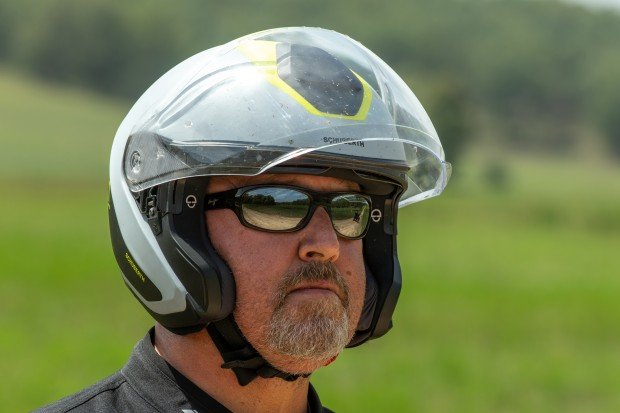 Everything open for the full open-face effect.

The M1 Pro comes with a peak and two side panels if you decide that’s how you’re going to wear it, and once again, its aerodynamic qualities remain the same. 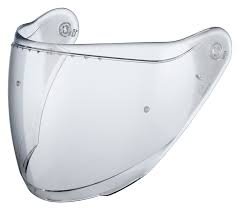 This is the visor. Note the crazy dimples along the top edge.

The strap has received an upgrade, and is now almost fully padded and soft against those times when you haven’t managed to shave for a few days. It does up with a ratchet lock, so it’s easier and faster to get on and off. This is fully adjustable on both sides of the strap.

It is, like all Schuberth lids, ready for Bluetooth coms. The microphone and speakers are pre-installed and all you have to do is hook it up to the Schuberth SC1M or SRC M1 units and you can connect to up to three call participants at once. Music, navigation, or chatting to your wife and girlfriend at the same time. 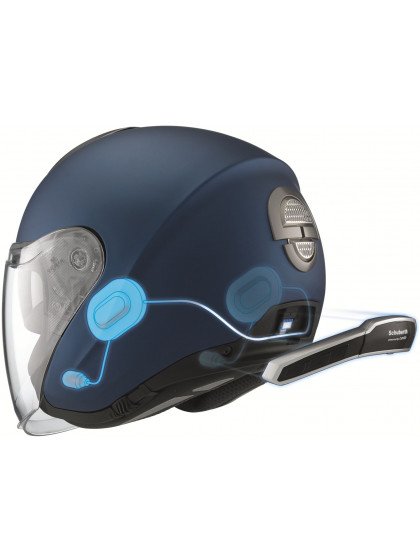 One of the Bluetooth comms systems. Just plug it in and off you go. The mic and speaker is pre-installed.

Schuberth lids are also famous for being the quietest helmets on the market. The acoustics on this new M1 Pro are new, and with the excellent neck cushion and major noise reduction around the mechanical bits (visor and peak), its rated at approximately 85dB at 100km/h.

So it’s light (1450gm), super quiet, extremely comfortable, and by any measure a superbly crafted item. It’s anti-fog insert ready (yes, the external visor works so well in terms of protecting your face, it can fog up in extreme conditions) and you can have that visor in five different shades – from clear (my preference because you can wear sunnies comfortably) to crazy dark blue.

The job lot comes with a five-year guarantee, which you just can’t beat.

Of course, the M1 Pro is not cheap. But it is brilliant.

WHAT COLOURS CAN YOU HAVE? Sadly, you won’t get the magnificent Iron Sex Eagle Matte Grey With Mating Yellow And Sin Black you see on my head. You can have it in Matte Black and Gloss White. Why? Well, Schuberth is still new to the Australian market, so it’s not going to import every colour under the sun at this stage. Basic black, basic white – it’s pretty basic.

WHERE DO I GET IT FROM? Check out the Schuberth Australia Facebook page for your local dealer. Dealerships are limited, so while Schuberth helmets not easy to get, they’re certainly worth the effort of getting.

MORE INFO ON THE HELMET HERE