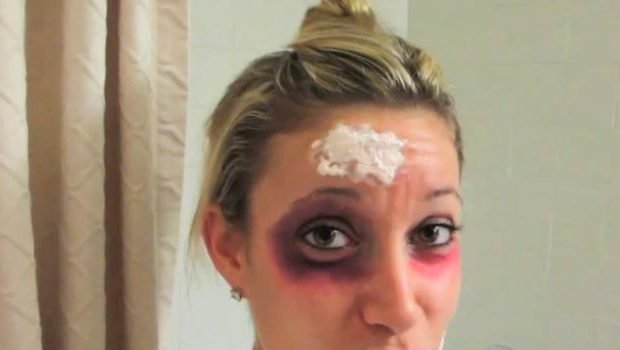 I remembered that I had sent an SMS message at the service station at Carlingford, so when I discovered that my phone was missing I figured I would have to go out there to find it. I had been riding the 2017 Honda CBR1000RR Fireblade, and you have to fold up a bit to fit on it; and in that position my thigh must have pushed my phone out of the bottom front pocket of my touring jacket.

I had to go to a family lunch after getting home, and there I borrowed a nephew’s Apple Mac to use the Find My iPhone web site. It showed me a map with my iPhone travelling slowly through parkland near the Sydney Harbour Bridge.

I borrowed the nephew’s phone and called my number. There was no answer, but a few minutes later someone called back and it was the guy who found my phone.

He said he had found it on the Warringah Freeway while riding his bicycle. “So you’re a cyclist too, are you?” he said.

I was going to say I’ve never been so insulted in my life, but then I remembered the time Snowy called me a weapons grade cunt for rick-rolling him on the BIKE ME! forum site. I just said “um, not really” and he said he would drop the phone off at North Sydney police station. I said I would be there in twenty minutes and if he waited I would buy him a case of beer but he said it wasn’t necessary and he was in a hurry.

One of the guys at work is convinced that riding a motorcycle makes me clinically insane and that I inhabit some dark criminal underworld. This leads to some hilarious moments, so it was good to be able to start a conversation on Monday with “I was in North Sydney police station on Sunday and I noticed…”

He got really excited and asked what I’d been arrested for and if they’d taken my guns off me again. I told him about the phone, and how the cop behind the counter told me to wait, so I stood around reading the posters on the wall and noticed that all the domestic violence posters were aimed at lesbians. I knew that they were statistically over-represented in that area, I told him, but I didn’t think I would ever catch the state government admitting it.

I told him I called my friend Bly, who lives over near Redfern, and Bly said that all the domestic violence posters in the Redfern police station were aimed at abos. He got really excited again and said “A friend of yours? At the police station? What was he arrested for? Does he have guns too?” and seemed disappointed when I told him that Bly was at the police station because an abo had broken into his house and robbed him.

He is an odd man. Not Bly, the guy at work. He tells me he spends his evenings looking for horrific motorcycle accidents on Youtube. I tell him that this is just wrong, and I cannot for the life of me understand why he does this rather than watching, say, Africans necklacing each other on bestgore.com or mujahedeen removing infidel’s heads or burning them alive on zerocensorship.com. He tells me that horrific motorcycle accidents are far more amusing.

I went for a ride the next weekend on the Fireblade to forget odd people and to thank the Road Gods that the lesbians are too busy beating each other to break into my apartment and steal my stuff. I wore my touring jacket, but I put my phone in a different pocket. I stopped after a hundred kilometres at Pheasants Nest. My wrists were very sore.

Somewhere between there and Kangaroo Valley I thought I’d better see if the Fireblade stood up on its back wheel like my VFR does if you open it right up in first and don’t have too much fuel in the tank. It didn’t very much, thanks to computers I guess, and when it hit the redline in first gear it was doing a hundred and forty kilometres per hour.

It is stupid fast.

I crossed the range west of Nowra, went past the Nerriga pub and took the Oallen Ford Road up to Goulburn. It’s bumpy in spots, but nothing throws that bike off line. I stopped a few times to get feeling and movement back into my wrists. I played with the suspension adjustment, and found it has about twelve variations on uncomfortable.

It wasn’t a really long ride – a bit over 500km maybe. When I got home I was sore in places I didn’t know I had. I went upstairs to the apartment. My stuff all appeared to be as I left it. The balcony door was unlocked. I went and checked the balcony.

The girlchild came out of her room. “Hi dad”, she said. “Watcha doin?”

“Looking for lesbians”, I said.