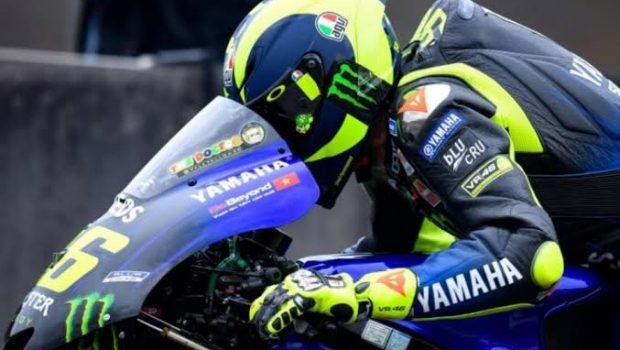 What just happened was a powerplay. A typical MotoGP powerplay. And there’s a few things going on here which may not be immediately obvious.

Firstly, this is still all about winning world championships. And to do that, you need to beat Marquez. That’s the elephant in the room. Not Honda. Marquez. Because without Marquez, Honda has nothing. There is no depth to either the factory team or the satellite team. It’s all Marquez. Not his brother, not Crutchlow, and not Nakagami.

The other teams know Marquez’s success in 2020 hinges entirely on his shoulders being up to the task. I understand things are not going as well as they could be after his last operation. One awkward get-off and that’s Honda down the toilet. I’m willing to bet all the teams are banking on this exact thing happening.

Secondly, the conversation between Yamaha and Rossi may well have gone like this:

Yamaha: “OK, Vale, look, we have to fuck Ducati in the arse. Bologna wants Fabulous, and we do not want Bologna to have Fabulous. They are doomed without someone like Fabulous because Dovi and Petrucci will never win a title. Neither will Miller and Bagnaia, but they will probably do better than the other two. What you wanna do?”

Vale: “How about you wheel my bike over to Petronas and put new fairings on it. And we will continue as before. Full factory bike with a different fairing. I don’t know how much longer I want to do this, but I understand how the game is played in terms of the future and riders and contracts and fucking Ducati.”

Yamaha: “We were kinda hoping you’d see it like that. We didn’t want you to lose face.”

Rossi: “I am The Doctor. My face is too big to lose. I could be out there on a Royal Enfield and people will still come to see me. And you’re only signing the kid for a year. A lot can happen in one year.”

Yamaha: “You OK with Maverick staying on for a bit? We don’t want him to go to Ducati or Suzuki.”

Rossi: “Sure. No problem. I prefer to have Morbidelli as a team-mate. He is a good boy. Oh, and tell George to make sure he doesn’t fuck about with the testing too much. He knows what I like.”

Yamaha: “You good with all this Fabulous?”

Fabulous: “I have shit myself with happiness. I don’t care. I just wanna race bikes, play video games, smash Instagram, and maybe get some fine-looking pussy like the Criminal Redding.”

Maverick: “Is he being paid more than me?”

Of course, I have no idea what really transpired between the players. No-one except the players know.

What this shuffle means for the 2020 season is obvious. Stability and predictability for Yamaha.

What this means in 2021 is anyone’s guess. But there are a lot of races between now and then.

And they’re all going to be fabulo…erm, wonderful.