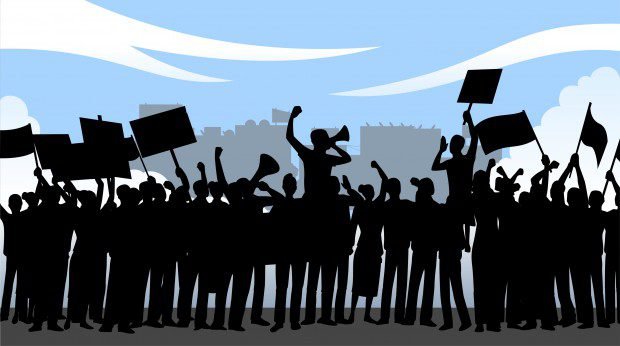 Most people in Australia lead comfortable lives. Sure, cost of living might be rising, wages may be stagnating, and house prices going through the roof, but the majority of us still have shelter, food, and access to education, employment and healthcare. It is only when our rights are taken away we consider the notion of what those rights are and what it means when they are removed.

And mostly, the realisation dawns fairly fast that there are no guaranteed rights in Australia. We are at the mercy of the Government, of policy fueled by public opinion, and laws designed to win elections, not benefit the well-being of our fellow country men and women.

Yet for most of us, what we truly care about is limited to what affects us personally. And if it doesn’t affect us personally, why would we care?

We let slide all manner of laws which violate personal freedoms. It isn’t our business. We can’t see it will make any difference to our lives. It kind of makes sense. We can’t be bothered arguing. Or we just don’t care.

And then there are those who keenly subscribe to such simplistic slogans as “If you haven’t done anything wrong, you have nothing to fear”, “If it isn’t broken, don’t fix it”, “It’s for the safety of families and children”, or “It has always been this way.” There are those who still think the Government acts for the greater good and laws are soundly based on carefully analysed and critically appraised studies.

It is only when a change in law threatens the freedoms we hold dear that most of us take notice.

History shows a multitude of rights removed, curtailed or regulated by the Government for various reasons. There is always a case for and against. And if you’re on the opposite side of the publicly-stated Government policy, which in many cases, is vigorously defended by mainstream media, the chance of being listened to is slim.

Attempting to gain any widespread support for a cause which has an immediate and direct impact on only a few, is fraught with the greatest danger of ambivalence. If you are one of those in the minority, any sympathy gained from the unaffected is generally fleeting, and based more on the politeness of humoring an opinion than on real understanding of the frustration, angst or anger caused by Government action or inaction.

For some motorcyclists and their friends, the attack on personal freedoms has been amplified in recent decades. The right for citizens not to have arbitrary interference by the Government into their personal lives has been gradually eroded under the guise of public safety and security, often based on fear-mongering, exaggerations, and outright fabrications.

And the right to equality under the law has been tempered by various and vague insertions into existing legislation to allow the Government to treat some people differently to others, entirely on discretion and mostly on a whim to appease public sentiment.

Consorting and anti-association laws, abrogation of the right to silence, bans on wearing items of clothing, subjective character tests based on secret information have all become “normal” and acceptable.

The attacks to rights doesn’t stop at one-percenters. Other minorities in the community are similarly targeted under mandatory data retention, warrantless searches, paperless arrests, mandatory minimum sentences, and welfare quarantining.

Different laws for different people, based simply on who they are or what they look like. Laws, which may on paper apply to all, but are always targeted at one group, class or community. Laws which hinder, deny and violate rights, and almost always impact more severely on a minority.

Laws which mean all Australians are not treated equally before the law.

Yet most of those are not affected by the state and federal governments’ “War on bikies”, and don’t care about families torn apart, or friends unable to greet each other in the street. The majority of the population care even less about symbols on clothing, and jewellery and tattoos.

Unless it is their family member deported under nebulous claims of wickedness, most Australians are content and have little interest in what most loosely term “politics”, but what is actually the very real consequences of Government decisions on our lives.

When it is our rights taken away; our right to freedom from arbitrary interference by the government into our personal lives, or when, overnight, we are no longer treated equally under the law, we want action.

When we lose our right to make choices for us, our families, our friends, our activities which cause no harm to others, we want action.

When it happens to us, we wonder why so many people look away. Why don’t they stand up for our rights? Where is the national fury that the Government is willfully creating a new class of person who has less rights than the majority?

In 2004, former Prime Minister John Howard explicitly removed the rights for all adult Australian couples to be treated equally under the law with respect to marriage. The change had immediate and direct consequences on same-sex couples, who were clearly excluded from the rights that protect other Australian spouses when their partner dies. De facto partners are denied access to superannuation, have no entitlements under wills and estates legislation, and are not classed as next of kin. Yet they must declare themselves as a couple for taxation, welfare and the pension.

Legal marriage affords protection to families that the majority of us take for granted. It is a protection that some consenting adult couples are denied, simply on the basis of who they are. Imagine if the Government changed the law to say that if you died your family were to be left with nothing.

Right now, the nation is being asked to respond in a postal survey, whether same-sex couples should have the right to marry.

Some of us wonder, uneasily, if a national survey were held on whether bikies should be banned, motorcycles outlawed, or whether a rider should be denied access to public-funded medical treatment if they crash, what would the result be?

How would your friends and family respond? Would they even bother? Who would stand up for your rights?

Consider the arguments that would spew forth from the likes of Immigration Minister Peter Dutton, former Prime Minister Tony Abbott, and the fiercely conservative journalists who only value their own freedoms to spout hate against those they oppose in the community.

When our rights are curtailed, we get angry. But imagine if the only argument offered to restrict our rights consisted of “motorcyclists are dirty and make us feel uncomfortable”?

We must not be ambivalent. We must not deny rights to others because of our own personal opinions of their private lives.

This glorified opinion poll will have no direct impact on legal change. It is a populist tool to appease those in Government and the community who will see the nation divided into those who are treated equally before the law, and those who are not.

Yet we must do what we hope the nation will do for us, if our lives were subject to a ridiculous national survey. We must vote for all adult Australian couples to have equal legal rights.

In this case, the answer is YES. And don’t forget to post the form back to the ABS.