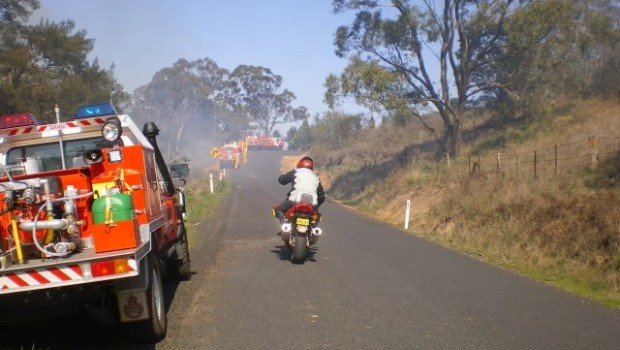 As I led Steve past the cop hidden behind the parked truck at the expressway on-ramp at North Sydney, the sun touched my shoulders like a gentle benediction.

We picked up Dino before Richmond, and as I led Steve and Dino past the cop hidden behind the trees at Bell, the sun touched my shoulders again, like a libidinous Jesuit.

Dino wanted a barbecued morning tea. Dino’s a good cook. I remember his eggs from a visit to Binacrombi back In ’07. So we stopped by the side of the Tarana road.

But the wind came up and the fire was hard to manage and we started attracting attention, so we moved on. 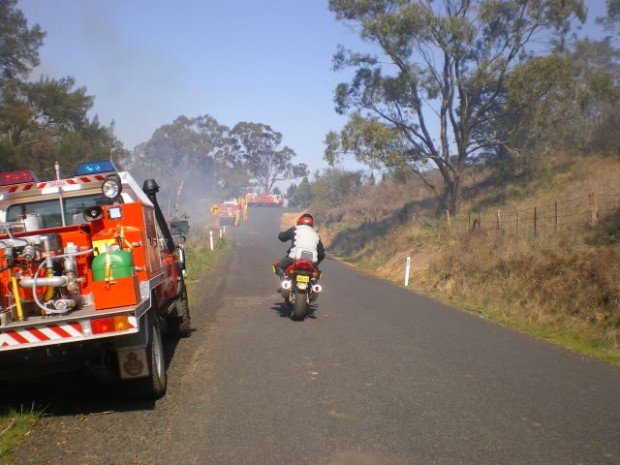 I had a killer route marked out, with new roads to try.

We stopped at Bathurst to check my directions.

Steve took the opportunity to take his pants off. Then he put them back on, but only on one leg. 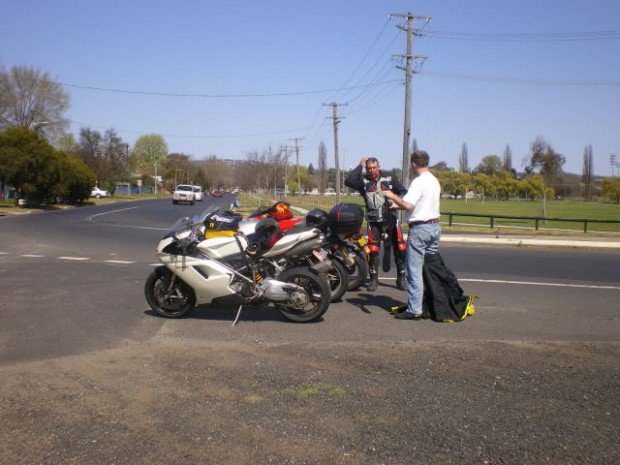 Dino and I thought that this was strange, but we didn’t say anything.

We came across a guy on a Model T Ford.

Dino took his picture. He appeared to be some species of sick weirdo, with a ranga familiar on his windscreen.

Then I missed the turn off at Wimbledon Road and went the wrong way for a long time.

I finally stopped on a dirt road when I missed a turnoff.

Steve stopped eventually, after his Ducati had a cage fight with Dino’s Ducati.

Dino is OK on his feet, but once he hits the ground it’s all over. Some BJJ training is indicated. 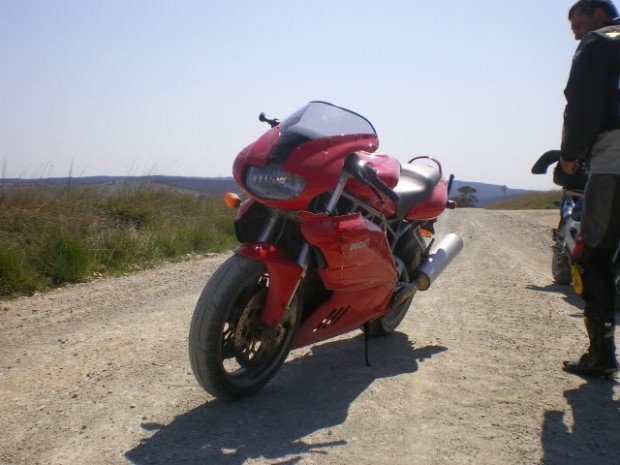 So did Steve’s Ducati.

So we picked up all the bits of Ducati plastic from the road, because we are responsible motorcyclists, and not those type you read about in the Sydney Morning Herald with their littering and mother-killin’ and father-rapin’ and cooking methamphetamine in their bathtubs.

We went back to the turn-off I missed and rode down to Taralga to get gas, but there was none to be had, not even for ready money.

So we rode to Crookwell except the one of us who ran out of gas, and we sweet-talked the lady in the servo to give us a tin can full of gas and rode back and filled up the Ducati and came back into Crookwell and bought more gas and then went to the pub, because we were weary and would fain eat and drink.

I got my steak and it was well done instead of medium rare, and I was halfway through eating it when the chef appeared with a big knife and asked how our food was. We all told him it was very tasty, and he got another beer on account and went back to the kitchen.

Then we drank more beer.

Buggered if I know how I got home.