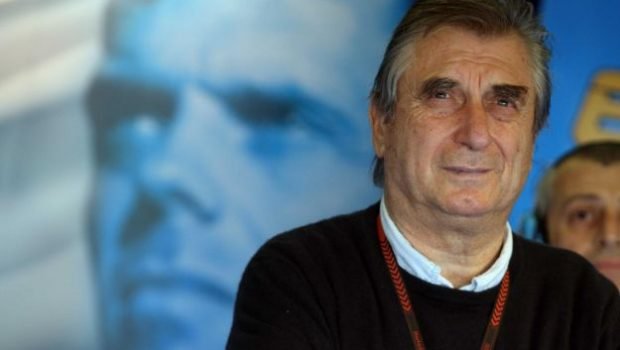 “Of course it is not your fault the “stupid red Bolognaised Mierda-bike” fired you into Thailand airspace. It is wholly the issue of the un-zested octopus. The whole paddock knows this.”

I could almost hear you howling as the plane landed. I came, of course, straight away when Gigi called. I would never allow you to be treated by the “itinerant butchers, stupid carpenters, and crazy sous chefs” as you call them who now run the Clinica Mobil. I only ever stop being retired when Rossi, Dani, or you call. Crutchlow calls a lot, but I never answer. There would be no point. I cannot fix his trout eyes.

Now you need to stop making those “Ayayayayayayaya!” noises. Have a little dignity. I know your leg hurts, but that’s what happens when Gigi uses a fresh unseasoned octopus inside the telemetries, and the Ducati decides it doesn’t like it.

Of course it is not your fault the “stupid red Bolognaised Mierda-bike” fired you into Thailand airspace. It is wholly the issue of the un-zested octopus. The whole paddock knows this.

Truly, I do not think Gigi did this on purpose, and I also doubt Marquez had any involvement. I know he was displaying more teeth on Sunday, but he always grows extra ones when he wins. At this rate I will have to graft an even bigger horse-jaw onto his skull by the end of the season.

But honestly and I swear to you, on the eyes of my children, I did not sew one of Rossi’s spare legs to your pelvis. I know you kept screaming “It burns! Ayayayayaya! It burns! Ayayayayaya! Take it away!” but I think that was just the shock. What you saw me holding was a leg of very good Prosciutto my friends had brought me for lunch.

You actually still have both of your own legs, which I note have been waxed until they gleam like a porcelain toilet. I have never seen legs so waxed. Even Bautista’s shining sex-limbs are not as polished.

I realise it must have been difficult for you to miss the Thailand round – especially since you’re still in a position to sweep the championship clean – but you need two functioning legs to race a MotoGP bike. Unless you’re Mick Doohan.

No, I have no idea why the Criminal Redding wants to sell you a van he stole from some Irish gypsies. He could be trying to raise money for next season seeing as the Be Wiser team has been earnestly rummaging through the rubbish bins behand Parc Firme trying to get enough parts to build a Ducati for him. Of course, if worse comes to worse, they can always just steal a complete bike from the Ducati dealer in Leeds, like Moto Rapido has been doing.

I very much hope you will be ready to race in Japan. It’s a few weeks away, so you should be feeling much better by then. Yelling does not help you heal faster. Demanding buckets of Dovi’s tears to rub onto your sore leg is also unlikely to help.

As always, it was a pleasure to see you in Clinica Mobil. I will send you your new updated Frequent Flyer card tomorrow. So many points, George! You should be able to buy a new juicer soon!