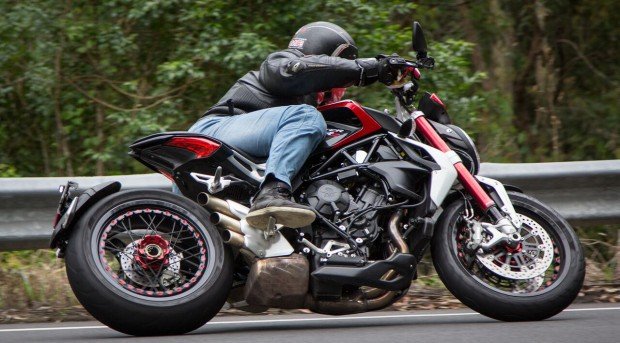 Did you miss me?

I’m only asking out of politeness, because the field where I grow all the rats’ arses I give about your concerns remains as barren as ever.

But it’s been a while since we spoke, and I feel I should explain my absence and subsequent return.

After all, we were very close once, weren’t we?

Then something terrible happened and I went away.

Then something terrible ceased happening and I have come back.

And yes, thank you for asking, I’m fine.

I have spent my time away from these pages wallowing upon some of the finest bikes ever built. And some others. I have ridden Super Dukes, and Adventures, S1000XRs, Tuono RRs, a BMW R nineT Deus Ex Machina managed to turn into some kind of dire fungus, and many other intriguing motorcycles. I have made lots of videos, written many articles, worked on new books, and ridden tons of fresh and exciting roads. And I have fizzed myself dry watching the greatest MotoGP season I have ever seen. My dance card has been fuller than a German border crossing.

Doubtlessly some of you are now feverishly typing sooky-la-la Emails to Editor Dobie about my return.

Once again, I direct your attention to that desolate field over there where no rats’ arses will ever grow.

None of your moaning about me worked with any of the previous five editors, and you can be assured it will not work with this one either.

So why did I leave AMCN all those months ago?

Contrary to what you might have heard, or would desperately like to believe, it was because I chose to. I was not pushed and I was not sacked. My departure was not a budgetary consideration.

As I said, something terrible happened and I went to play elsewhere.

Why have I returned?

No, it’s not to dance gleefully on the powdered bones of my foes, though I’d be lying if I said the swirling dust isn’t pleasing to my nostrils. And it’s not to recommence strangling the beige with their own wretched entrails, though that will occur from time to time.

I have returned because New Editor Dobie asked me to return.

You’re right. It’s entirely possible he may have suffered a savage blow to the head when he put his Editor’s hat on and is not thinking clearly.

After all, according to his first editorial, he is under the impression this magazine belongs to you, the readers.

It doesn’t. Sure, there is a sense of “ownership” among the readership, but that’s just a delusion. You don’t own the roads you ride on, do you?

The magazine belongs to the company that owns it.

But, and this is an important “but”, the magazine is an extension and a reflection of its editor. It’s his “thing”. In that sense, it belongs to the editor far more than it belongs to the owners or the readers. After all, he is responsible for what is on every single page. It is very much his circus and his monkeys. If the magazine is shit, then it is because his editorship is shit. If it is packed with great stuff, then he is doing his job right.

Motorcycle magazines are struggling to survive in a changing market. Many have closed. Many are in their end-game. Readership habits are changing. People consume media differently these days. Yes, blame the Internet. Or ISIS. Or Abbott. Or the former Labor government.

It still is what it is.

As the colostomy bags of the older magazine readers explode and they’re wheeled into retirement villages for weekly kerosene baths, they are not being replaced with younger readers; which is a bit disconcerting if you’re in the magazine publishing business.

The only constant in this rapidly changing paradigm is great content. Content is and always has been king. Whether that content is online or on paper, if it’s great then it will be consumed avidly. If it’s crap then it will be ignored – and rightly so.

You, the reader, are a discerning individual. You know what you want and you know what you’re prepared to pay for. If you don’t like it, you won’t buy it. You’re still buying AMCN, which is nice.

New Editor Dobie’s job is clear. AMCN must be a beacon of great content, fine writing and genuine magazine craft. And the on-line stuff has to be on-point too.

My job is also clear.  Dance about the place like a drunken bear, celebrate motorcycling in all its manifold glories, try not to crash test bikes and deliver content that will make you laugh, yelp, whimper and fume – probably all at the same time if I’m on my game.

Stop crying. Your anguished tears will change nothing.

As for New Editor Dobie…well, he feels I have something worthwhile to, once again, contribute to this title. He may well change his mind when the hate mail starts, but by then I will know where he lives. And I can go to his house and show him where that infertile field lies, and how there will never be any rats’ arses growing in it.