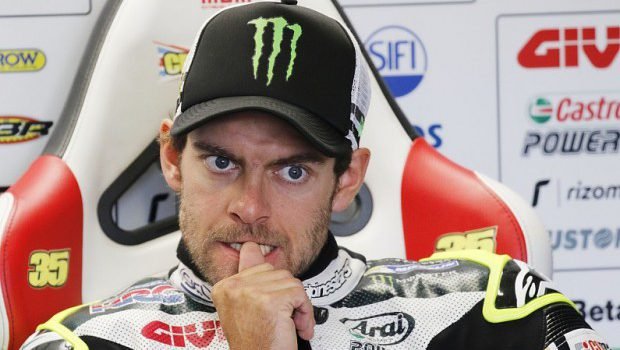 You really do need to leave Cal Crutchlow alone.

You know perfectly well he’s not stable. Look at his crazy eyes. See how they appear to look in two different directions at once?

He may come steaming out of his motorhome at any second and use that spear you’re waving to turn you into a kebab. He is at his home track and his people will protect him.

Come away. No good can come from you calling him a “Cheating Churchill puta who smells like stupid curry made from stolen cats”.

He has as much business being fast in Free Practice 1 and 2 as you do.

Except you’re not so fast in FP2. I keep telling you every weekend that your tyre strategy is not correct. It’s all well and good to say to me: “Gigi, put the softest putas on!” every time you march into the garage.

How many soft qualifying tyres do you think we have? No, it’s not “As many as I want!”. Who told you that? Was it Petrucci?

Yes, I know you’re faster than Dovi at the moment. But that’s because you took his tyres. You also took his trophy from Austria, didn’t you?

You’re going to have to give that back. He doesn’t have that many trophies, and you know how he likes to arrange them like shiny little soldiers on the edge of his yoga mat while he does Downward Dog.

He’s sent me a note saying you make his chakras bleed. I do not even know what chakras are or why they should be bleeding, but he is a little bit hysterical.

Did you also paint “MY SAD LITTLE BUTTER-BITCH” on his motorhome? You can’t blame “the stinking Protestants” for everything, you know.

Look, we still have another practice session and then Qualifying. So a little focus on your part is important. Yes, more important than drawing penises on Rossi’s merchandise tent and calling Cal names.

Now leave Cal alone and go back to your own motorhome.