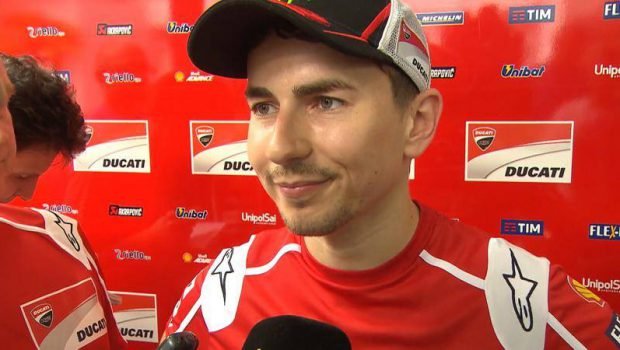 “It was very nice of you to buy champagne”

It was very nice of you to buy champagne for everybody last night, but it’s not like you won the championship. You just came eighth in practice.

So it’s a bit too early for the crew to put on their “2017 World MotoGP Champion Who’s You’re Red Mamba Now, Bitches?” T-shirts. But yes, I will remember to bring them to every round. Just in case.

Because you asked, I had a look into why Rossi was fourth. His crew chief, Silvano, told me it was because Rossi likes the new frame. Then he said something about staying on the throttle longer and not smelling of urine each time it looked like rain.

He’s such a joker, that Silvano. You seen his glasses? Very funny.

I also tried to get into the Suzuki garage. But I couldn’t get past the crowd of girls waiting to see The Maniac.

Now I know you and Iannone are not close ever since The Toilet Incident. Dovi told me what happened and I promise never to bring it up again. I just want you to know I know.

I know she was your date, but she was a slut. Any girl who will let Iannone do that to her in the toilets at a post-race function is not the kind of girl you need, George.

We’ll keep Stoner in the hotel and hope Marquez doesn’t wake up.

Still looking into who Jonas Fucking Folger is.