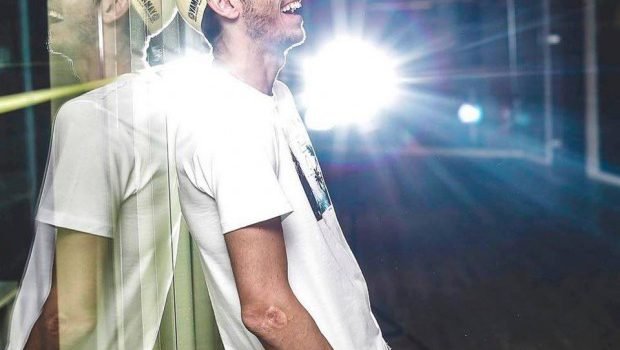 My name is Klaus and I am the Statistik-Manager for Matthias.

I have been asked to share my findings with you after the first round. Which you will remember because it was very dark and there was much sand and many riders in front of you.

Matthias does not like to see so many riders in front of you. But he likes numbers. All of us Germans like numbers. So I give him numbers and he pats my head.

In 2011, when the man you refer to as the Yellow Puta debuted on the Ducati – which was still mainly Italian and really quite Scheisse – he finished 16.4 seconds behind our favourite-ever not-German, Herr Casey Stoner.

This year, you debuted on the 2017 Ducati, which we have spent a lot of time, effort and German expertise turning into an Audi so that it works properly – and even spoke to Herr Stoner about it at length.

And then you managed to finish 20.5 seconds off the winner, Herr Maverick Vinales, who has never ridden his new bike either.

Also, in In 2011 there were 13 seconds separating you on your Yamaha from Herr Rossi on our Ducati at Qatar.

Now, in 2017, there were 18.6 seconds separating Herr Rossi on his Yamaha from you on our Ducati at Qatar.

Herr Rossi scored 139 points in his debut year on our bike and was the highest placed Ducati at the end of that season.

If you hold your left hand up to your face that is the number of fingers you have…oops, pardon. No, hold up your right hand instead. I believe that has the correct amount of fingers.