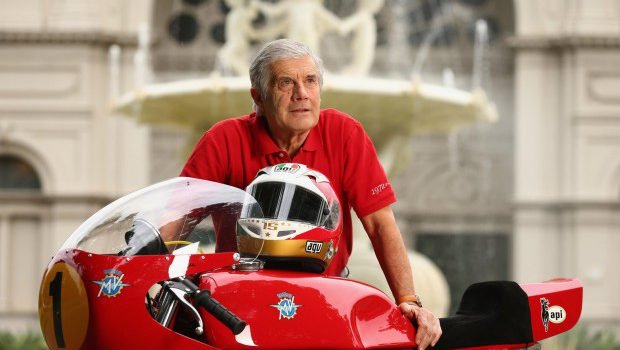 MY HEROES HAVE NEVER BEEN COWBOYS

I was once asked, long ago, if I thought I was Agostini.

The bloke asking me had a gun, and was simultaneously booking me for speeding, overtaking on double-yellow lines, failing to indicate, failing to stop, and for being heavily tattooed, so it was a completely outlandish question.

Silly armed bastard. What was he thinking to ask me that?

There is no-one on this great green earth with a functioning cortex who can possibly imagine themselves to be Giacomo Agostini. The difference between him and the rest of humanity is a gulf so vast as to be unbridgeable.

There is not a motorsport fan worthy of the name who has not heard of Ago – the all-conquering, 15-time world motorcycle Grand Prix champion. He is to motorcycle riders what Fangio or Schumacher is to car freaks. He is our Pele. He is our Ali. He is our Bradman. He is, not to put too fine a point on it, our God.

I am not the type of bloke who has ever been awed by celebrity, which in the course of my job as a writer and editor of numerous magazines, I have been exposed to many times. But I will confess without any shame whatsoever that when I beheld God walking among his people at the Phillip Island racetrack, I turned into the middle-aged male equivalent of the front row at a Justine Bieber concert. I may have even spotted a touch.

This was the first time I met him. And it left an impression on me. 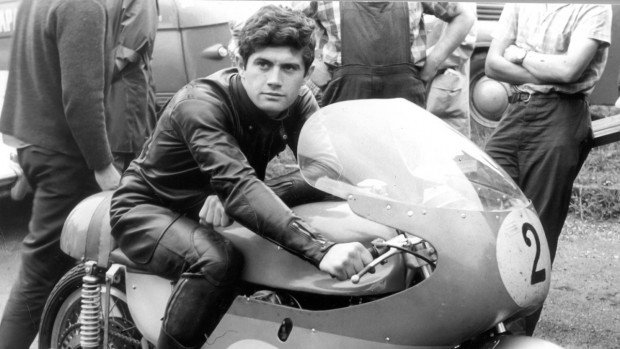 The Maestro, as he is known and hailed as among the cognoscenti, had come to Australia to do a few parade laps on his MV Agusta at the Island Classic, meet some of his fans, and be the guest of honour at a gala dinner on the Saturday night of the weekend-long event.

And it was at this dinner, this massive 680-person sit-down noshfest, I came to understand what the term “Great” really meant. For this spry, not-very-tall, immaculately dressed 70-year-old, with Italian movie-star looks, quite effortlessly bewitched and captivated the audience that evening. His graciousness, wit, intelligence and self-effacing charm had us all mesmerised.

A total revelation for me, given that when most sports stars speak, I lose the will to live pretty much as soon as they commence droning into the microphone.

It is a rare and wonderful thing when your heroes actually, in real life, turn out to be exactly as you’d imagined they should be – and Ago did not disappoint.

He spoke for an hour, and told us tales that revealed much of the man behind the legend, and enshrined him forever in my mind as a man worthy of the folklore that cloaks him.

He recounted how during morning warm-up at the Isle of Man he was arcing his bike through Ballacrye corner. Ahead of him he saw a building, and in the window of that building stood a woman.

“I see this woman,” he said, his eyes twinkling. “She lift up her skirt to me, and I think she forget to put on the underclothes. Then I think, this is good reason for me to make fast lap and come back to see her again…and then I remember that this is Isle of Man, and I must pay attention!”

He was asked to comment on the fact that despite his long career, he’d emerged relatively unscathed from a sport so mind-bogglingly dangerous as to almost defy belief.

“I tell you why,” he grinned. “Today, when the riders fall off, they have big run-off area, and they get up and walk away most of the time. Is very safe and is very good. But I race at Isle of Man, Nurburgring, Opatija, Francochamps…when you fall off there, is not always get up. So is big incentive not to fall off, yes?”

And then finally, he was asked what was the one thing he took away from all his years of racing. His response brought everyone in the room (which was heavily weighted with the cream of Australian motorcycle racing) to their feet for a rapturous standing ovation, for it encapsulated the universal damning truth of all motor racing.

It was a night I will never forget.

Bravo, Maestro. And thank you.

Giacomo ‘Ago’ Agostini was born on 16 June, 1942, in Brescia, Italy. His father, a wealthy industrialist, was dead-set against his son racing bikes, but eventually bowed to the inevitable. And what an inevitable it turned out to be, as his son became the greatest motorcycle racer the world had ever seen, amassing a seemingly impossible amount of victories and championships, on some of the world’s deadliest race tracks. 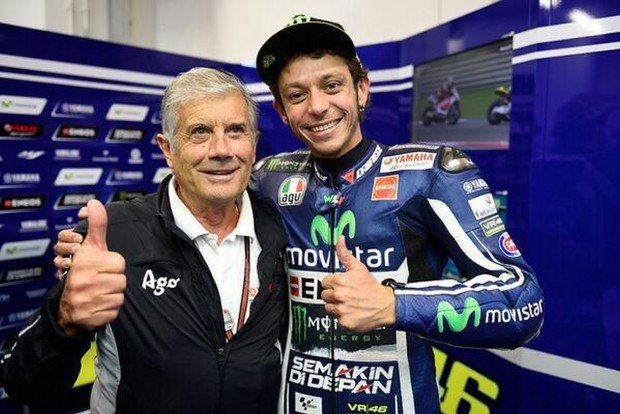 So much greatness in one image.