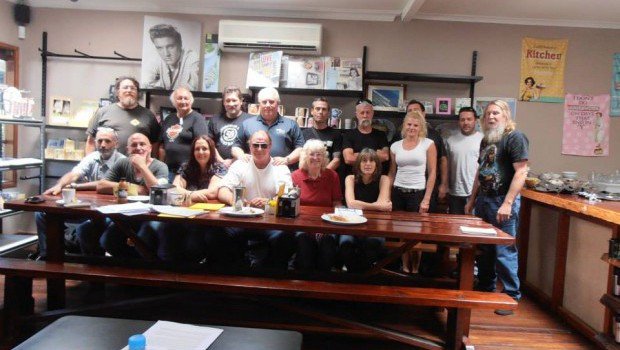 MOTORCYCLISTS AUSTRALIA PARTY (MAP) – What’s it all about?

A viable alternative? BIKE ME! Interviews Paul Keyworth from MAP

We’re midway through another year. The federal coalition Government is almost ten months into its first term, and the State Governments are either preparing for the next election or settling in for the long haul with their respective political agendas. If social media is anything to go by, many people have had a gut-full of the major parties, and even mainstream tabloids are questioning government policies and budget commitments. Countless Australians are looking for a viable alternative. Could the Motorcyclists Australia Party (MAP) be it? 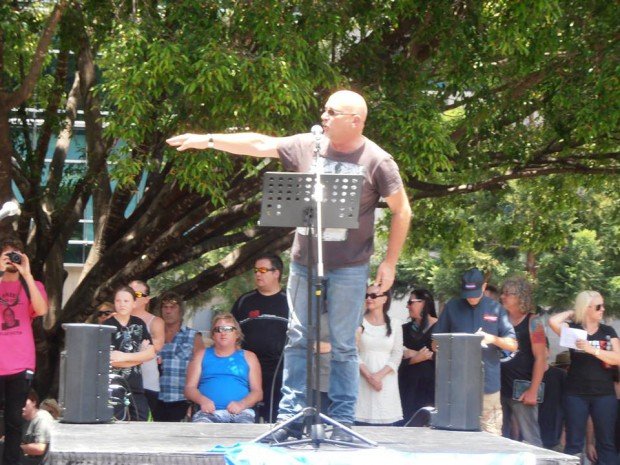 Paul speaking at a recent VLAD protest in Queensland.

In the current political climate, there are very few winners. Vocal objectors are labelled as lefty-commie-handwringers and the hard right are seen as cruel and out of touch with ordinary Australians. A poll published on 17 June 2014 in The Australian showed a hit in popularity for both the Prime Minister, Tony Abbott MP, and the Opposition Leader, Bill Shorten MP. In a surprise result, support for independents and micro parties is at a record 17 percent.

Paul Keyworth, founder of MAP, is keen to offer voters a new option; one that obliterates the standard rhetoric, three-word slogans and the perceived nepotism of the current leaders.

Like many people, Keyworth has had enough of over-regulation and Nanny-Statism. He is a keen advocate for citizens taking personal responsibility, while upholding their duty of care to others in society. He believes MAP offers common-sense policies with a fair balance of governance and choice.

Despite the name implying it is a party only for motorcyclists, Keyworth says MAP has a range of policies that cater for all Australians. He said MAP is ‘about fairness, equity and social justice and not trampling on those who can least afford it’. The party policies have a strong civil liberties theme, in the sense that laws should only be established if they are truly for the good of the community. They do not just relate to motorcyclists, but acknowledge that for many voters, riding a motorcycle may be all they have in common. 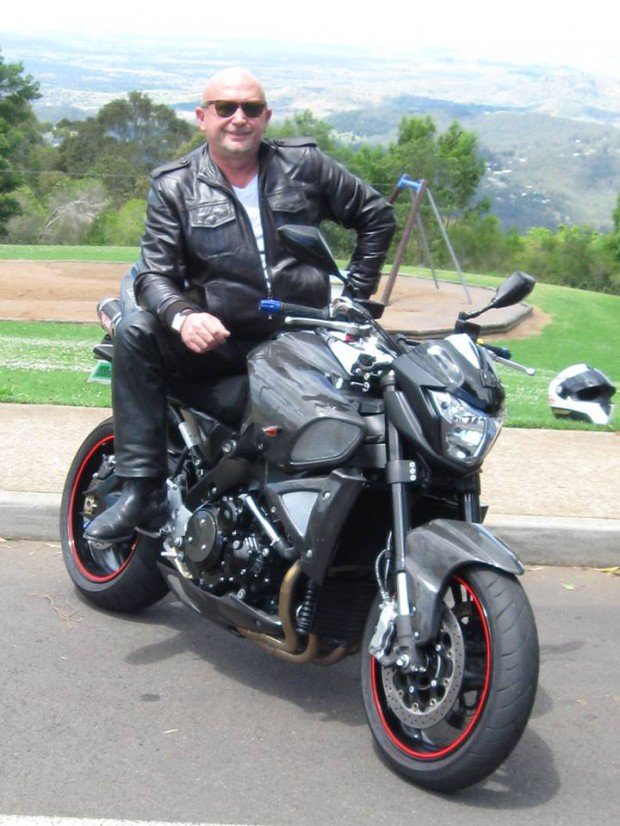 MAP’s over-arching policy platform is based on a preference for a two-tiered government system. Keyworth believes Australians are suffering from over-governance and over-regulation.

He says a federal government should be responsible for all national issues, for example, infrastructure, major projects and GST. Road rules, licensing, tickets, vehicle registrations, education and qualifications should be standardised across the nation.

Local governance should be the responsibility of independent regional councils who will work in consultation with the federal government for funding, but be largely in charge of making the best decisions for their communities, including management of schools, hospitals and police.

Keyworth believes a regional governance structure will make local counsellors more accountable to the people, in contrast to current MP’s who spend time in Parliamentary locations rather than in the community. He argues that the current government structure provides hurdles for any Australian wishing to move between states, including licencing issues for tradespeople and professionals – many are required to pay to register again in a different state – and inconsistent road rules.

Health and education; physical, mental and emotional health is a major priority for MAP. The Party strongly supports intellectual pursuits and believes Australia should seek to have the most educated population that it can. Keyworth also cites environment concerns, sustainability and providing a strong safety-net for the vulnerable as being key policy considerations. He says he has seen first-hand the damage existing major party policies are having on sectors of society and MAP will ‘combat injustices inflicted on the most vulnerable in the community’. Keyworth comes from a community services background and has worked in prisons, with the homeless, with people suffering mental health issues and disability, and with disengaged youth.

Keyworth founded MAP from his passion for motorcycles and his frustration at the draconian laws recently passed by Queensland Premier, Campbell Newman. He will test MAP as a political contender at the State level first, but intends to also contest federal seats. MAP will have separate policies for the state and federal levels. Although not yet fully formulated, Keyworth has raised a number of key core initiatives that he believes will appeal to voters across all demographics, cultures and socioeconomic groups. 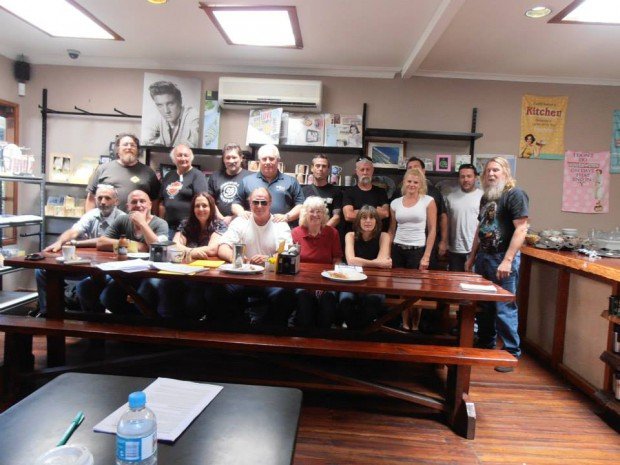 Keyworth suggests that youth unemployment can be tackled with the introduction of Civilian Services, where young people are given apprenticeships in major projects, for example a National Autobahn, where they will learn real skills and be paid a reasonable wage.

MAP also proposes to legalise the possession of up to 250g of marijuana or six plants, and legalise euthanasia. Keyworth suggests the five dollars from the coalition’s Medicare co-payment destined for research should go to the CSIRO which should be free from political interference.

MAP strongly supports sustainable entrepreneurial investments and projects, including bio-hubs, electric motorcycles, solar panels and climate-friendly products. Keyworth states that MAP ‘wants Australia to be the smart country, not the quarry of the earth’.

Perks available for retired politicians will also be abolished, providing a key budget saving. Senators will be limited to two terms and Lower House representatives to three.

For a full list of MAP Federal Policies go here.

In drafting MAP’s policies, Keyworth was influenced by the basic human rights found in the International Convention on Civil and Political Rights. He believes the government has gone too far with mandatory requirements and enforcement in the name of law and order, road safety and community protection. Keyworth is supportive of introducing a national Bill of Rights that is enshrined in law and cannot be overturned.

In acknowledging that it may be some time before states are abolished, Keyworth notes the changes he would like to see at state level. However he believes that steps can be made to encourage national conformity with vehicle registration, road rules, and licensing, for example withholding GST.

He believes that speed limits on major six lane highways should be increased to 140km/h, with sensible consistent limits in other areas. MAP plans to retain the existing 40km/h in school zones. A 10 per cent leeway for speeding infringements will be introduced, to account for the analogue systems in older motorcycles, but heavier penalties will be introduced for mobile phone use with driving. Filtering will be legalised.

A raft of other ridiculous and petty laws will be repealed with a focus on common-sense. Keyworth does not believe it is the government’s job to protect people from their own stupidity and expects individuals to take responsibility for their own safety.

MAP will overhaul the vehicle registration system with tariffs based on vehicle weight; the impact on road infrastructure will be considered and priced accordingly. The party will also introduce multiple vehicle registration for motorcycles to encourage motorcycle use which helps ease congestion and is environmentally friendly. Motorcycle helmet exemptions will be available, however those choosing not the wear helmets will be required to have private health cover to lessen the costs to government in the case of injury. Driver education will be introduced in Year Nine with a focus on being aware.

All revenue collected from traffic infringements will go into a specific fund for upgrading and maintaining roads, not into Consolidated Revenue.

Keyworth is passionate about providing an alternative option. Rather than being a ‘motorcyclists’ party, MAP is better described as a party for the people, with a focus on a fairer and more equitable system. Keyworth accepts that not all people will agree with the proposed party policies, however he believes that his party provides a viable alternative for frustrated voters.

MAP is not yet a registered Political Party. If you would like to know more about MAP, you can find them on Facebook.