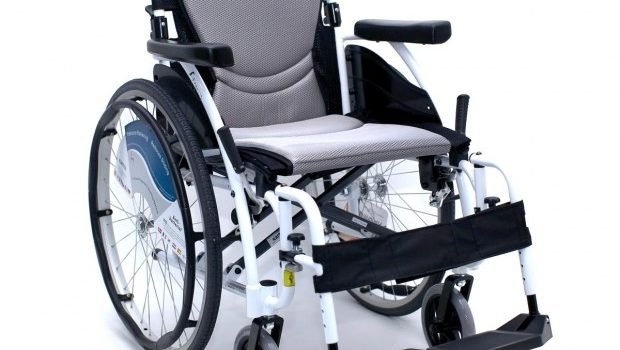 As the long warm days of summer draw closer, a certain demographic of motorcyclists are gearing up for another round of “Who can I blame this time?” when they inevitably crash. This pre-emptive misplaced culpability has recently been hijacked by the distortion of the legal issue of contributory negligence. It appears to be some kind of attempt to ensure riders “stay safe” by reminding them if they are partially legally responsible for their injuries in a crash, then they may actually be held accountable for their partial legal responsibility in the form of a proportionate reduction in compensation should they make a claim.

Yet rather than focus on cases where a court of law has found a rider has failed in their duty of care and as such, had awarded compensation reduced, recent conversations have focused on the hypothetical situation of whether it’s necessary to be leathered up to the eyeballs in order to ensure blame is placed on the other party in the event of a nasty crash.

This is ridiculous for two reasons. The first, contributory negligence is really only an issue if a claim for general damages for injuries ends up in court – a rare occurrence. And two, if the reason riders are focusing on with respect to their own “safety” is how much money they may or may not get when forced to eat through a straw, then something is hideously wrong with the mindset of motorcyclists.

When motorcyclists crash, things invariably get very messy very quickly. A mere fender-bump between two cars is negligible. A fender-bump on a bike may end up with the loss of a leg, a serious brain injury or debilitating spinal pain for forever. No amount of monetary compensation will make up for the loss of a limb, loss of freedom, degradation of mental cognition or the reduced will to live through constant, excruciating pain. No amount of money will restore dignity when living with uncontrollable defecation due to spinal damage, or being fed through a tube.

And realistically, there is absolutely no guarantee at all that any amount of “protective gear” will prevent any of the most gruesome and horrendous injuries which may haunt a motorcyclist until the end of days. Swapping a grubby pair of jeans for a titanium plated codpiece will be entirely irrelevant when Sally sideswipes Jack’s shiny cruiser and cartwheels his limp body under the wheels of a semi-trailer. The top-shelf one-piece superhero suit will do little to protect Mary Jane when Johnny crushes her into a concrete bollard, other than to keep her pulverised bones and life-blood from oozing out onto the roadway.

Mistakes happen. People do stupid things, and sometimes mistakes and stupidity result in horrible crashes. And when these crashes result in injuries, someone has to pay.

Yet conflating legal concepts for determining appropriate compensation with preventative measures to ensure safety is ill-conceived. This is particularly the case because insurers will attempt to claim contributory negligence on the part of the rider in almost every instance, and usually while the warm guts of the rider are still being scraped off the road and onto a stretcher.

Insurers hate motorcyclists. They hate them with a passion more passionate than anything conceivably passionate. And considering insurers and their hate for motorcyclists, the whole issue of contributory negligence only comes into play after a rider is potentially grievously wounded. In matters of “safety” and “staying safe”, it makes far more sense to focus on how a rider can not crash and not be injured in the first place, rather than how much money they may or may not receive in compensation years down the track.

Personal protective equipment is usually considered the last form of risk mitigation when engaging in dangerous activities. It only comes into play when all other mitigations have failed. Mitigations like ensuring the vehicle is roadworthy and properly maintained, the rider is appropriately skilled and is aware of and reacting to hazards, obeying the road rules to the extent that strict compliance won’t put that rider in danger, and actively taking responsibility for the safety of oneself and others on the road considering all of the circumstances.

There is a very clear case, Potts v Frost, which demonstrates how the court’s view the place of both helmets (which are required by law) and protective clothing (which are not mandatory in any jurisdiction) when considering contributory negligence. In an appeal judgment handed down in Tasmania in 2012, the Full Court held that the appellant, Joshua Potts, who was a pillion at the time of a tragic motorcycle crash, was contributorily negligent and reduced his compensation by 30%.

The facts are as follows: in 2002, Mr Frost, who was the rider of the motorcycle, and Mr Potts, went for a joyride after both had been drinking. It was evening, the roads were wet, Mr Potts was not wearing a helmet and was only wearing shorts and T-shirt. A friend told the pair it was unsafe for them to ride the motorcycle, yet they proceeded on their joyful way.

The friend further followed the pair and having found them stopped on the side of the road, advised them again that “everything was unsafe”. There were two points at which Mr Potts could have declined to put himself in danger – before they departed, and also when the friend advised them to return. At this point, Mr Potts could have walked back or driven back with the friend. Yet he opted to stay on the motorcycle. On the return journey, Mr Frost failed to navigate a corner, probably because of speed and inattention. The bike ploughed into a tree and both men were seriously injured and are now paraplegics.

The judgment reads: “One issue at the trial was whether the appellant’s failure to wear a crash helmet caused his head injury, or resulted in a more severe head injury than he would otherwise have suffered. The learned trial judge, after reviewing the evidence relevant to that issue, was not satisfied on the balance of probabilities “that the head injury would not have been caused or would have been of less severity, had the plaintiff been wearing a helmet”. That conclusion has not been challenged in these proceedings.”

The judgment continues: “The finding of contributory negligence was made on the basis that the appellant was negligent simply in travelling as a pillion passenger at the time of the accident, having regard to the relevant circumstances.”  And also, “… I am of the opinion that a person of ordinary prudence would not have gone riding on the motor cycle with the defendant in all of the circumstances. That is more acutely so after Mr Bates had spoken to the pair. The plaintiff has unreasonably exposed himself to a risk of injury.  The risk was in part caused by the reduced capabilities of the defendant because he had been drinking. I find that the plaintiff was in breach of the duty to take care of himself and thereby contributed to his injuries.”

Motorcyclists arguing about the dollar figure apportioned to their responsibility in the event of injury are missing the point. It took a decade for Mr Potts to be awarded compensation for his injuries. The dollar figure of any pay-out is sour consolation when a rider (or pillion) could have or should have taken better care before the event. And protective gear is only one part of this consideration and one barely relevant to the courts in matters of contributory negligence.

There are times when closeting oneself in thick, impenetrable leather from head to toe may be appropriate. There are times when it may not. There are times when a pair of jeans and light jacket are perfectly sufficient, and other times when it may not. In either case, contributory negligence should be the least of any riders concerns. They will feel the full pain of their own personal responsibility when they are stuck in traffic on an impassable road on a 38 degree day, and disorientated and suffering from heat exhaustion, ride off a cliff. They will feel the full depth of their personal responsibility when a nurse is scouring gravel from the bitumen-grated raw flesh of what used to be their arse cheeks.

Different circumstances call for different decisions when it comes to matters of “safety” and “duty of care”. Be smart. Be aware. Make good choices because injuries may be minor or they may be catastrophic – not because “money”. And no amount of compensation negates the fact that death is final.