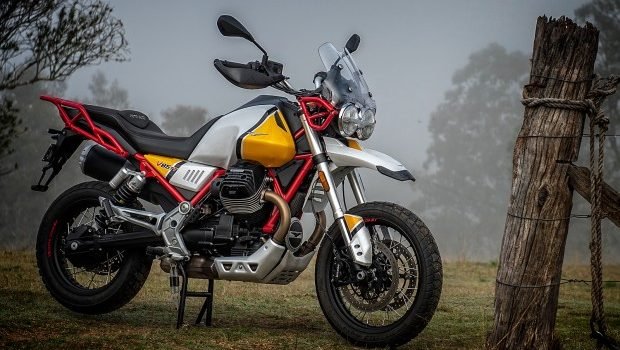 Funny thing about Moto Guzzis. No-one actually hates them. The marque seems to hold a place of great affection in the heart of everyone who rides. It certainly occupies such a place in that lifeless chunk of granite sitting in my chest. 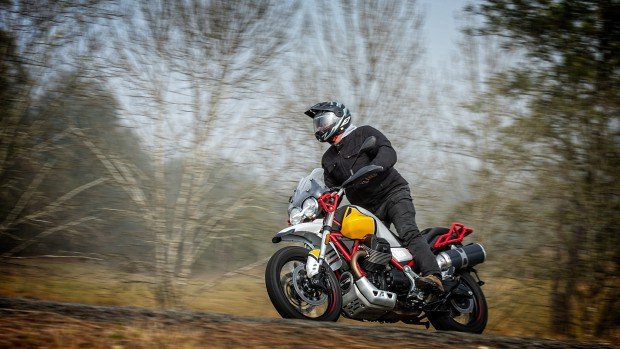 Some years ago, I fell deeply and madly in love with the Griso. It was a bike I actually wanted to buy, working on the sound principle that a man needs to own a Moto Guzzi once in his life.

In the years that followed, Moto Guzzi started offering up some…well, less than appealing models – at least for me. 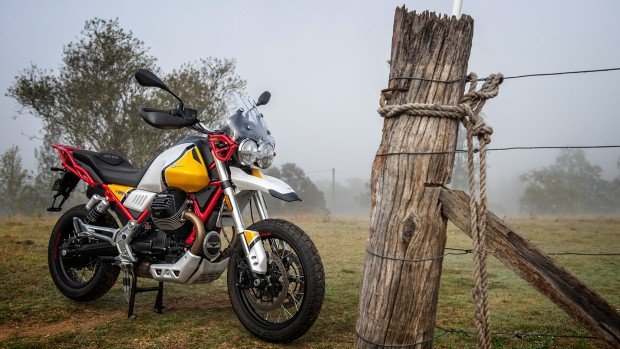 Gone were the days of the crazy long wheel-based Daytonas, and even longer gone were the days when True Believers felt the legendary Le Mans iterations were what one needed to ride before one could call himself a man.

Instead, we were treated to rather asthmatic incarnations of the V7 which seemed to be aimed at men who vaped and grew beards so society would not think them to be women. 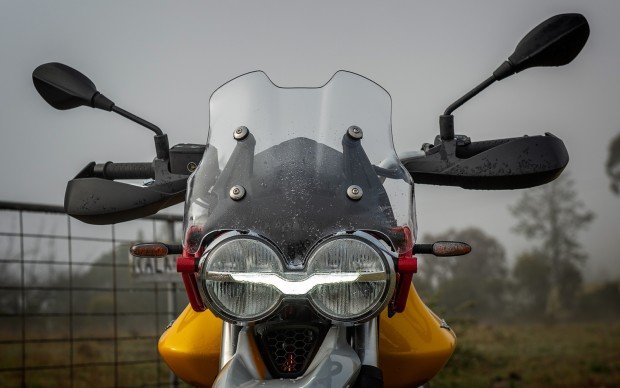 You can’t say this ain’t tidy.

At the upper end of its model line-up, Moto Guzzi kept scoring some big goals. Its touring bikes were stunning – the Audace, the California, and the ravishingly handsome MGX-21 were finding their way under the bums of people who wanted something a bit different and liked the cut of the Guzzi jib, as it were.

In the Adventure segment – and it may surprise you to know Guzzi has a bit of form in the dirt sector some decades ago – Guzzi produced the Stelvio. It was named after the famous alpine pass, which everyone raves about carving, but which everyone does at walking pace in case everyone dies. 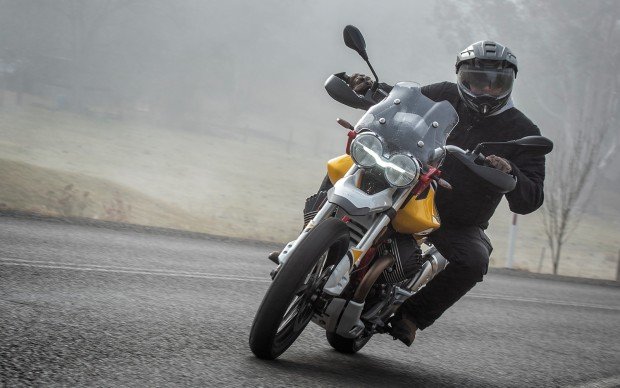 Elegance, despite the cold and misty conditions.

The Stelvio NTX was a good bike – but rather more touring oriented (read ‘fat’) than its harder-edged competitors that could do dirt as well as they could do tar. Still, it had 32-litres in its tank, was as comfy as a rocking lounge, and had one of the most visually attractive engines ever made.

But the market indicated a desire for middle-sized Adventure bikes. Sure, the blokes who wanted the plus-litre gorillas for riding to Mars would accept nothing less. But a lighter and smaller-capacity bike with good off-road capabilities was a segment that seemed to indicate growth in a moribund market. 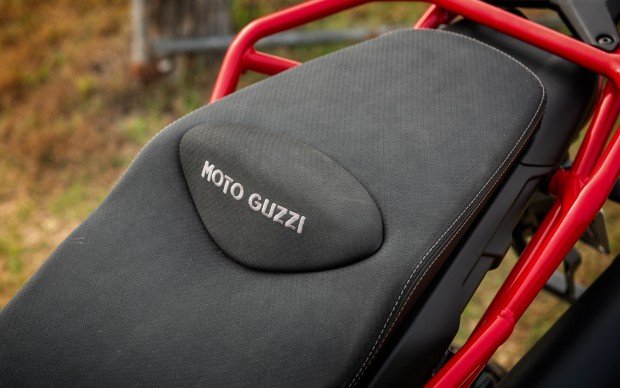 A beautifully-finished saddle and the paint on the frame, and everywhere else, is quality.

So in 2019 the Moto Guzzi factory, sitting as it does in beautiful Mandello Del Lario in Italy and isolated from the slings and arrows of outrageous fortune which we suffer Downunder, created what I reckon is probably the best Guzzi in its current range – the V85 TT. And no, it’s not an Isle of Man Tourist Trophy competitor. The “TT” here is short for “Tutto Terrano” or “All Terrain”. 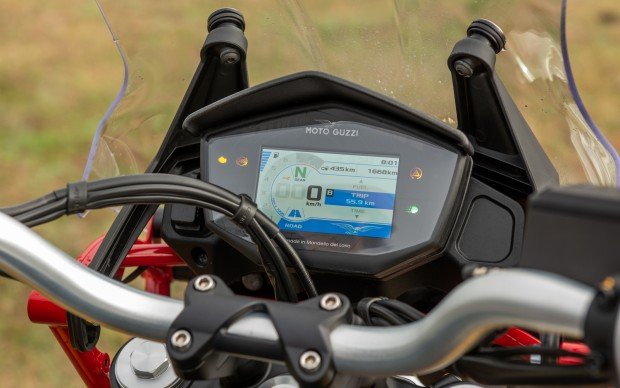 At this stage, some of you will have lost your minds over this particular colour-scheme. And that is understandable. The red-frame and yellow-fronted tank, slashed by a black line to separate it from paint so white it looks virgin snow, is not for the low of spirit, or the weak of heart. Those people will be pleased to know you can get the TT in a red option where the yellow is, or even in all slate grey, if you really can’t cope. 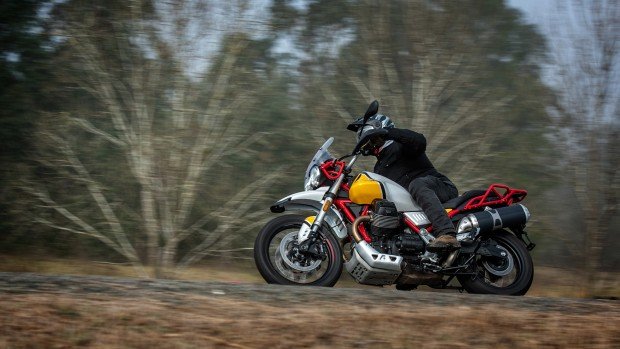 “Is he taking photos of trees again?”

But paint options aside, the bike itself is quite an exercise in actual stylishness. From its beautiful TFT screen, to its twin headlights, slashed sexily by an LED bar, to its dynamically correct proportions, the TT is a styling triumph for Mandello. It is, in my view, the most elegantly designed of all the Adventure bikes. Only the Triumph Scrambler can compete with it in terms of visual appeal. 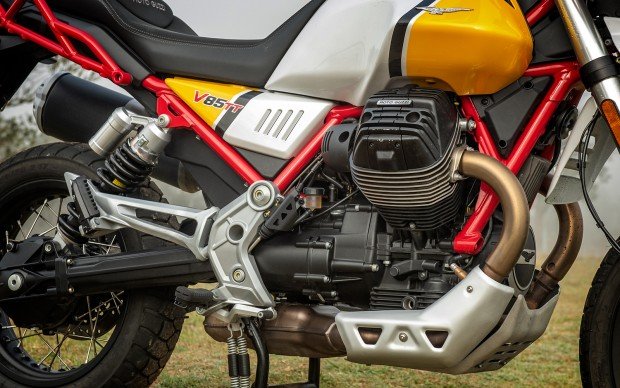 It is a beautiful donk, but I did notice some paint chips on the rocker boxes. What can I tell you about Press bikes you can’t guess for yourself?

And riding it is a delight.

Don’t worry. No-one is more surprised than me. And I have ridden a few Guzzis.

So what’s so delightful?

It’s not off-puttingly tall (850mm at the seat), it’s not intimidatingly heavy (229kg), and it will haul a robust 448kg, so mum and you can both miss a few Pilates classes. 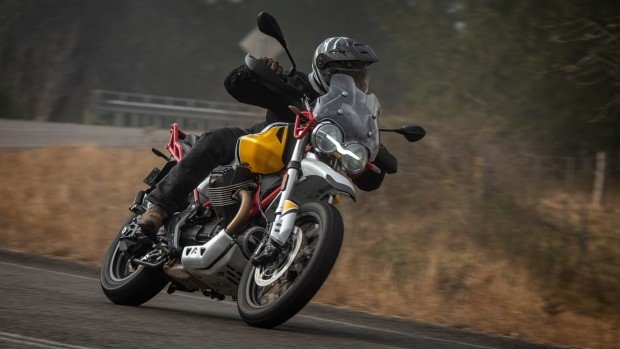 Oh, look! That bull thinks Nick is sexy! I hope he survives.

From the moment you get on, it feels…well, right, I guess. The handlebars are proper wide, the beautifully-accented seat is proper comfortable, and the lack of intrusive vibrations through the bars and into the mirrors is just not there. Nor is any expected chatter from the rear-end over corrugations, so the linkless rear KYB shocky (170mm of travel and adjustable for pre-load and rebound) is doing its job well. That said, I don’t know if I’d be jumping it over creeks. It’s not as hard-edged a dirt-digger as some might want. And ultimately, when Italians tell you something is “All Terrain”, they don’t mean the Finke or Erzberg, OK? But I reckon it’s quite good on firetrails. 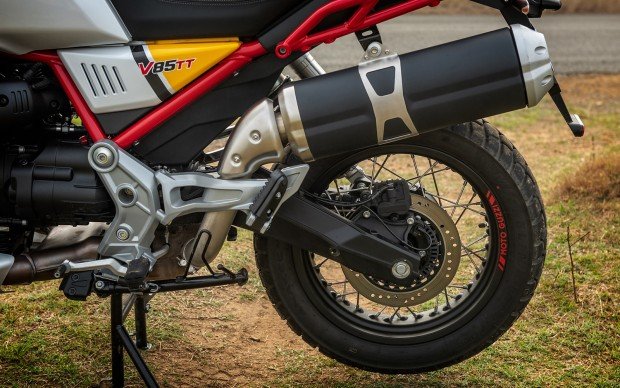 The exhaust exits on the left, while the offset shock is on the other side.

I also found that endearing/annoying trait Guzzis used to have of torque-lurching to the right when you revved them, entirely absent. Also absent is the exciting way a Guzzi used to hand you some beaut compression lock if you were careless down-changing into its all-encompassing engine-braking kingdom. So you don’t have to be weird or know weird things to ride them anymore. 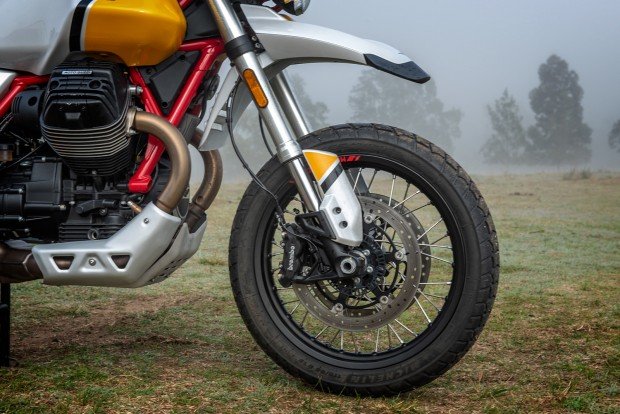 There is no longer any need to “learn” how to ride this Moto Guzzi – you’ll be good to go the day you pick it up. You can only imagine how relieved the dealers will be. No more frantic Monday phone calls about how “It’s doing bizarre shit!”

Electronics and lightening the crank and the pistons have all done their part, and a 30 per cent saving in reciprocating mass is a good thing. It still feels like a Guzzi, but without that feeling sometimes annoying the shit out of you. 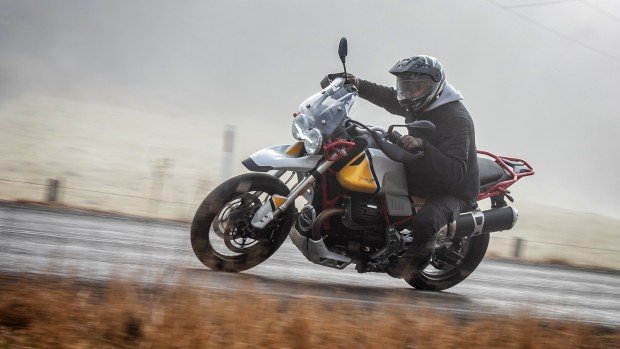 The damp was entering my soul at this stage.

And it’s still air-cooled – so how’s that in these dark Euro 5 days of woe?

Electronically, it’s as sophisticated as it really needs to be – the Magnet Marelli 7Sm ECU is the same one that’s in Aprilia’s RSV4 monster – and just quietly, I sense hints of Aprilia (Piaggio) throughout the TT – which is great.

It is no rocket ship, but it goes surprisingly well if you’re prepared to rev it. It’s geared kinda long, but that gives it a very relaxed lope on the road – sure, you might have to go down a cog to overtake with vim, but so what? Changing gears is hardly a chore. 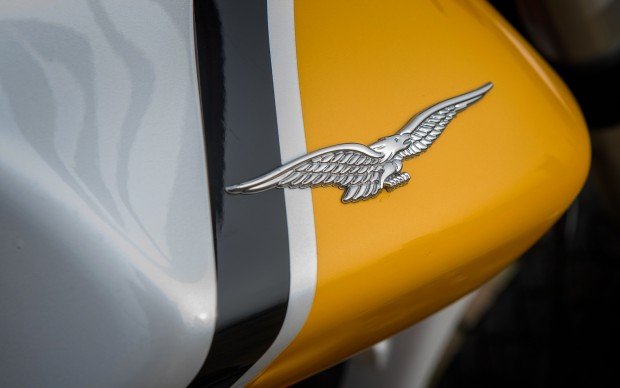 The second-oldest motorcycle eagle on earth.

And when you combine that lovely, character-rich engine with a positive-shifting box, a light clutch-pull, and proper hard-cornering integrity, you end up with a great soft-adventure package.

And importantly, it is also a most unique package, which is very much part of its appeal to me.

Who would have thought it would come to this? 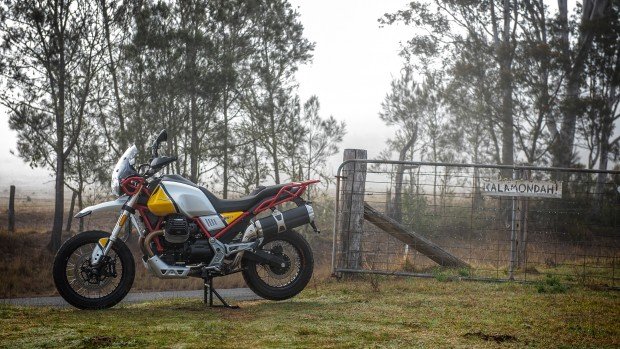 Did we close this gate, Nick? Nick?

A thoroughly modern and stylishly elegant Moto Guzzi, which rides beautifully, cossets you in comfort, behaves like a normal motorcycle while retaining hints of what has made the marque legendary, and offers you the chance to do a bit of civilised off-roading without resorting to Dakar-style terror. Add the rich, lustrous paint and the feel of quality evident throughout the bike, and it’s impossible not to admire and indeed enjoy the TT in all its uniqueness.

Bravo, Mandello. I reckon you’ve nailed it with this one.

HOW MUCH? The single-colour jiggers are $20,690 ride-away, while the glorious three-colour jobbies are $21,390

You may obtain the specs and other details HERE 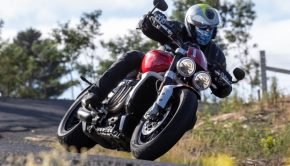