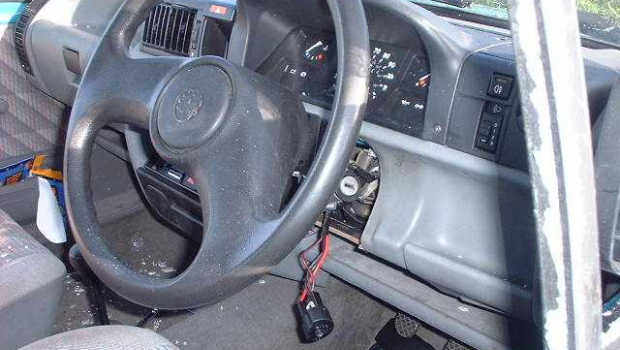 The insurance company said that because I was a good customer they would get me a hire car for $15 a day while they were repairing where the thieves had smashed the window and the steering lock. Then they said it would take another three weeks to get the parts in from Japan, and the $15 a day went up after ten days.

I decided I would take the car back on Saturday instead of Monday, and just hire it for three days a week over the next three weeks to do the shopping and take my daughter to ballet. I told her that I would take her to her Monday class on the VFR800, and her mother could drive her to the Thursday and Saturday classes. She was okay with that.

The counter was unattended when I walked in to the car hire place. A minute later, an old bloke fronted up to the counter and asked if he could help me.

“Yes”, I said. “I hired this car until Monday, but I want to bring it back early. It’s on a discount through the insurance company, and I only get ten days, so I want to hire it again for three days next Thursday.”

“I’m not sure you can split the days up like that”, he said.

“I am told”, I replied, “that the days do not have to be contiguous.”

“Who told you that?” he asked.

“I don’t know her name”, I replied. “The girl who was here when I hired it. Brown hair. Late twenties maybe. Looked like she had a freshly waxed glabella.”

His eyes twinkled. “Ah”, he said. “That would be Sue, if a glabella is what I think it is.”

“It’s the bit between your eyebrows”, I told him.