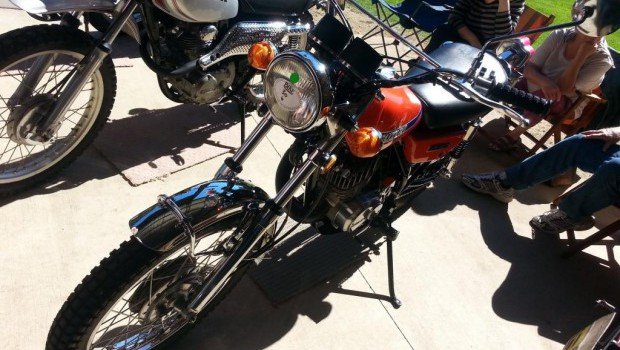 Beveldrive went to the Tweed Heads Old Bikes at Canungra show, and posted up a bunch of pics of the Jap bikes of my youth on the forum.

He said a Suzuki traillie won the trophy. It looked like a TS185. I wanted one of them so bad as a kid. Great size for a trail bike. 125 was too small, and 250 was too heavy.

I browsed his photos of Z1s and Honda Fours and waterbottles and such. I remember the days. I had a T500 and about four Z1s or later variations thereof. A couple of mates had waterbottles. One had an H2 with expansion chambers. Another had a Honda Four. He died. I know what you’re thinking, but it was from an overdose. The Honda’s probably still going. 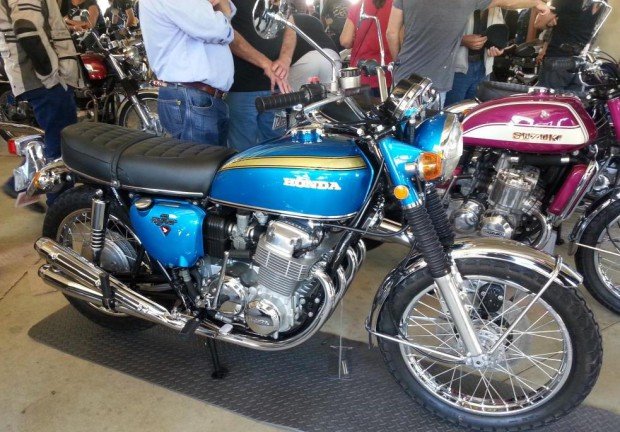 Horrible evil handling bags of ordure they were.

How did the Japs ever take so long to get a grip on handling?

They must have known. There’s a story of Mike Hailwood asking the Honda mechanics to take the shocks off one of their GP bikes, throwing them in the track water feature, and presenting the mechanics with a pair of Girlings. We used to buy brand new bikes and throw the shocks away at the first service and put a pair of Konis or Mulhollands on them.

The GS750 was supposed to handle well. I bought two at various times. They didn’t.

The Z1RMkII was supposed to handle well. It didn’t. It was about as good as the GS1000, which didn’t.

The Japs are very good at technical stuff. They like rules. They are like Germans with a cuisine and taste in art. Did you know that all Japanese words end in “n” or a vowel? There simply aren’t enough words for unnecessary bullshit. Look at their poetry. There aren’t enough words to rhyme, so they count the syllables instead, and their poems are masterpieces of clarity and brevity, unlike Gray’s Elegy Written in a bloody Country Churchyard. John Cooper Clarke, the so-called “punk poet”, once composed a haiku that went:

To convey one’s mood
In seventeen syllables
Is very diffic.

Well, no, it isn’t. And it’s supposed to contain a season as well. Change the last line to “Makes me wet and all” and you’ve done it. Wet is a season. Look it up, punk poet. It still would be better if it rhymed, though. Vers libre is the last refuge of the scoundrel. Constructive criticism, John. You listening?

So how did those Japanese motorcycle factories not know that their products were evil handling bags of ordure?

I suspect that they knew all along, but kept up the production of the aforementioned deathtraps because they were a good way to kill Americans without US Marines turning up with guns.

The first to forgive was Kawasaki, and I bought one of their Z900Rs in 1984. It was a cracker of a motorcycle. Water cooled. Sixteen valves. Taut chassis, most of which was the motor. Full fairing. It would go 240km/h, and carve up the corners with the best of them, and tour, and it looked pretty good too.

All of a sudden, the other factories started to make bikes that handled. Beam frames started to appear. Forks got thicker. Shocks got better. Then came ten years of brilliant motorcycles: FZRs and CBRs and VFRs and GSXs and GPzs; that handled well, went hard, and killed less of their riders than those horrible evil handling bags of ordure that preceded them. 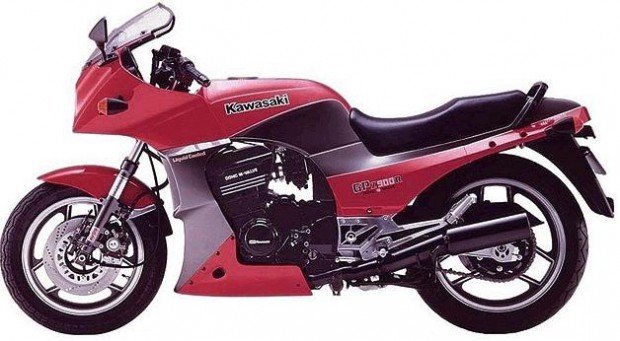