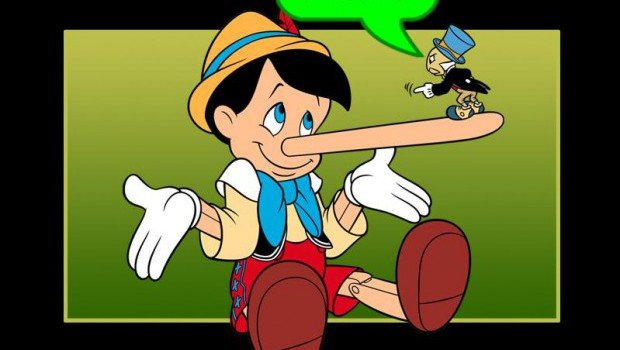 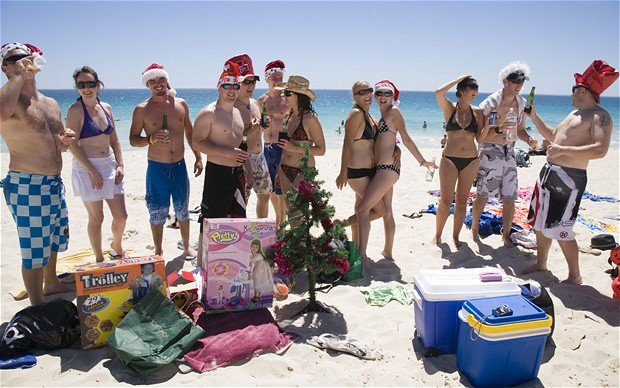 Australians are typically an apathetic bunch. Being apathetic is defined as “not taking any interest in anything, or not bothering to do anything”.

And why should we? We live in the lucky country. One not formed by war or revolution. Instead, we live in a country created when some toffy English gits had no more room for prisoners, so they shipped them off to a far-away land. That was the first big lie, the lie of Terra Nullius.

But in the present, we are happy, and have always been happy, to sit back and let someone else do the work. Unless it’s taking a sickie, flex day or turning the snags on the BBQ.

It’s both a blessing and a curse. Like most, I enjoy nothing better than a lazy afternoon, drinking a beer and bench-racing with friends. However, when it comes to important stuff our attitude is a massive detriment. It allows those in power (elected or otherwise) to sell us the lie, or as Plato called it the “noble lie”. Plato’s position was that it is OK to lie, if it truly benefits the people. Plato was an arse. My dear mother always told me that two wrongs don’t make a right. She hated the concept of a noble lie – although admittedly she did keep Santa and the Easter Bunny charade up for a long time. But I digress.

This piece is an attempt to highlight the ‘big lie’ that is road safety, but it can easily be applied to any knee-jerk policy reaction by government. The new Queensland VLAD Act fits into this mould perfectly; all you do is remove the road safety zealots from the equation.

The problem with road safety and the road toll in this (and other countries) is that they have become marketable products. Just like dishwashing liquid and milk. Supermarkets want to drive their prices down, down and so do road safety organisations. In a morbid way, road users are the ‘product’ and they sell us to governments and hand-wringers alike.

The only difference to a retail product is that we have more value actually dead than alive.

Yeah, that’s right, you are (believe it or not) of more value to politicians dead than alive. Why? Well, it gives politicians one of the two things they desire. The first is to have something to fix. When they fix things (term used loosely) they can then achieve their next desire, and that is to be elected.

Let’s take a bit of a look at the politician’s role. Politicians love a cause and the five-second sound bite or catchphrase. When they talk about motorcyclists they call us “vulnerable”. It’s an emotive word. It alludes to the fact that we need protection. It apparently justifies everything they do from a policy perspective. Now they need to sell it, but they cannot do this on their own. They need help. Luckily they have herds of sycophants just waiting to get in on the game. The order in which they jump in can change; sometimes the burning issue actually comes to the politicians via them – but this is usually done in secret because one thing a minister doesn’t like, and it is missing out on an opportunity to prove to the constituents that their fingers are firmly on the community’s pulse.

SPEED KILLS is their mantra. But we all know speed doesn’t kill. Driver error kills, driver inattention kills, poor driver training kills, shit roads kill. They say they are trying to reduce the number of deaths and serious injuries on our roads. They applaud themselves when it goes down and lay the blame on the general population when it rises.

They are the ones who have single-handedly over-simplified the road safety message. They truly believe that, we the public, are too stupid to understand more complex discussions and the reasons for crashes. Dumbing-down  the message helps them as well, for it deflects the true blame for crashes on our roads, and that is that road safety groups have too much invested in the SPEED KILLS lie, and they cannot be seen to have gotten this wrong. Otherwise they’ll lose their influence with government. Plain and simple. These people deal in guilt. They continue to throw up that the blame for deaths and injuries is we, the motorists. This paradigm totally discounts poor roads, poor driver training and it also discounts the positive effects of in-vehicle technologies in the modern fleet, such as ABS, Traction Control, crumple zones, airbags, tyre technologies, etc.

Like road safety organisations, but more publicly vocal, police continue to look to change society to meet their organisational goals, morals and mores, rather than simply working with the society that is presented to them. It is quite common to see a police commissioner commenting on social policy. Social commentary is not his role and it is not the role of the police. Their role is to enforce the laws of the state, protect property and limit civil disorder. 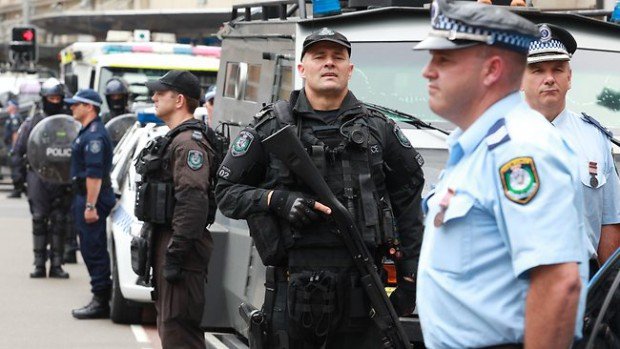 It’s a war zone because they said so.

But they ever more often present themselves as a moral compass, while building themselves up like an army behind the scenes. Armoured trucks, high-powered military weapons, tactical combat uniforms, and terminology (Police Force rather than Police Service).

So what is their role in all this? Firstly it is to make sure that road safety are front and centre in their screechings. Next, when an accident occurs, they apportion blame, which always resides with the road user. They were speeding, no doubt about it. Thus they continue with “Speed Kills – don’t you people get it?”. 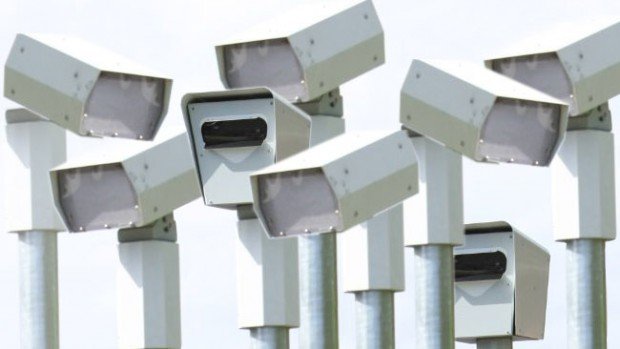 The cash registers of freedom

Of course they know we don’t, because it is a lie, but then they then use this as an excuse to increase the number of speed cameras and push for harsher penalties and more powers. They work very closely with the relevant road safety organisations. So close, that the police receive direct funding from road safety organisations to instigate enforcement programs. Unsurprisingly these enforcement programs are not related to ridding our society of paedophiles, murders or thieves, but to penalise people doing 3 km/h over the nominal speed limit of a road.

Journalism is a dying art. Some would say it died long ago. Journalism today consists of copy and pasting a press release. No investigation, no analysis of a countering viewpoint – just government propaganda rehashed. News is telling the story no-one wants to hear but that everyone needs to know. Everything else is public relations. 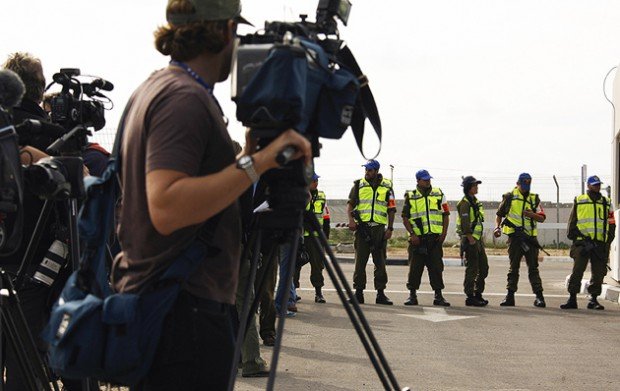 “I must make sure to capture their hot side.”

This is very self-evident in the Australian media, no matter what form it takes. Print, TV, radio. It’s all about ratings and advertising dollars. They are simply the puppets of the media machines of the government and police media units. They no longer present real news, they are happy to push the twisted agenda of each group and repeat the lies therein. Why? Well, millions of dollars of advertising is at stake. The best way to lose a bite of that cherry is to bite the hand that feeds you.

Researchers have a few key goals. The first is to have their research published. The better research papers have a large list of complimentary research or note a large number of other research papers used in coming up with their conclusions. The other goal is to gain more funding. And the last goal is not to not actually come up with concrete conclusions other than more research is required on (insert issue) before a clear recommendation for change can be made. 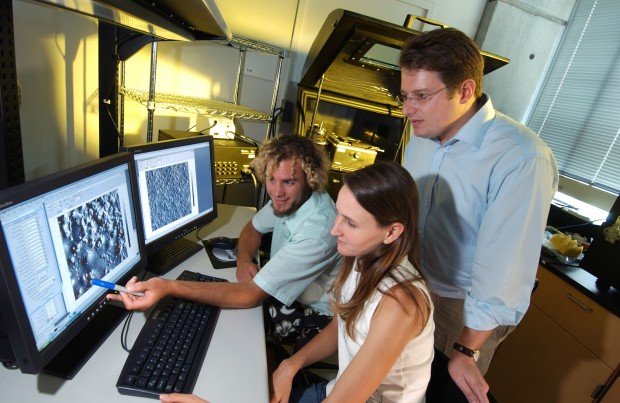 “If we put a speed camera in there, it will probably reduce the chance of a one in a hundred year drought.”

Good research starts with a hypothesis which after investigation is proven or disproven. It’s not about “counting respondent answers”. It requires deep analysis and the independence to acknowledge that the hypothesis is wrong. Or right. Too often all research does is collude with the policy of the government or applicable road safety organisation. They perpetuate the lie. They give it academic consent and approval.

And so now you know who the liars are, why they lie and what’s in it for them to perpetuate these lies.

But you always knew that, didn’t you?