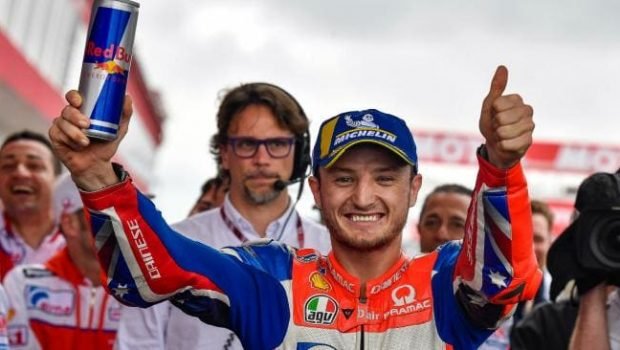 “Me and Asparagus were having a serious crack. Munted prick goes alright. No idea how he sees out of them slitty eyes he has.”

Mate, you need to calm the fuck down and stop being a dead-set five-arseholed prick.

Them sad Spango cunts you pay money to hang around your bean-bag-filled bus keep texting me.

“Apologise to George, pinche puta!” they type. They also type: “George wants to fight you behind the toilets at Jerez, Coño”, and “George has a bigger penis than five kangaroos!”

And then some dumb cunt sends me something in Spanish. “Que te folle un pez!”

I Googled that. You hope I get fucked by a fish? Seriously?

Mate, all I did was pass you. You were riding like a big slow sack of red-painted dago shit, running crazy lines, and me and Asparagus were having a serious crack. Munted prick goes alright. No idea how he sees out of them slitty eyes he has.

Anyway, if I had a horn, I would have beeped you when I come up on you. As it was I yelled out to you.

“George!” I yelled. “Get the fuck out of the fucken way, yakaaaaarn!”

Did you get out of the way? Did you fuck. I reckon you rode even slower.

Fair go, mate. It’s not like I slammed into you. I just put your old Jewkadee – and don’t she fucken go alright, aye? Fucken cracker of a bike – under you. I could have put a fucken semi-trailer full of pumpkins in the space you left, mate. Dead-set.

Beaut Jewkadee, but. I took the limiter out of it, and we firehosed some dead octopus from under the seat. How the fuck did that get there? You chuck it in the sea after Brno last year? Ha ha! Bet ya did, ya mad cunt.

Yeah, so it’s not like I did anything crazy. If I had, those cunts in Race Direction would have sooled the fucken dogs on me.

They’re watching young Marky like my mum used to watch me when I was trying to get out of eating the Brussels sprouts she cooked. Poor cunt can’t even polish his teeth without getting a ride-through penalty.

Yeah, so we’re at Airez this weekend. You got a corner named after you there, don’t you? Is that because you always crash there? Ha ha! Just kidding, mate. You’ve only crashed there a few times. Hardly worth naming a corner after you for those efforts, aye?

Me, Dowvee, Dan The Ex-Cop Man, Tits, X-Man  and Cal are going out on the piss before practice on Friday. Cal reckons he’s already world champion, so there’s not much point in holding back he says. I don’t know if he’s serious. I can’t ever look him in the eyes. Well, not both of them at once, ha ha!

Mate, you’re welcome to come along, aye. All us Jewkadee blokes got to stick together, and even though he rides a Honda, Cal’s a mate and he likes to sink piss and get naked and party, so I always ask him along.

If you want, I can ask Joanne to come too. He’s been strange ever since he changed his name and decided to be a woman. But French cunts are strange cunts, don’t you reckon? He can be sheila if he likes. I wouldn’t root him, but someone like Tits might chuck one up him. Slow cunt hasn’t had a root in yonks. Hasn’t had a win either! Ha ha!

Let me know, mate. And stop fucken sookin’ or I’ll smash ya.