The championship is still mine to win, so how about you stop putting all of my belongings in boxes and stacking them outside the Repsol toilet?

Yes, it is true I broke my arm a little bit when Marquez opened his enormous horse-mouth, which caused the stupid Ducati to crash in Broombroom. But it did not bother me when I was swimming on the beaches with my friends and putting the oil on their smooth backs. 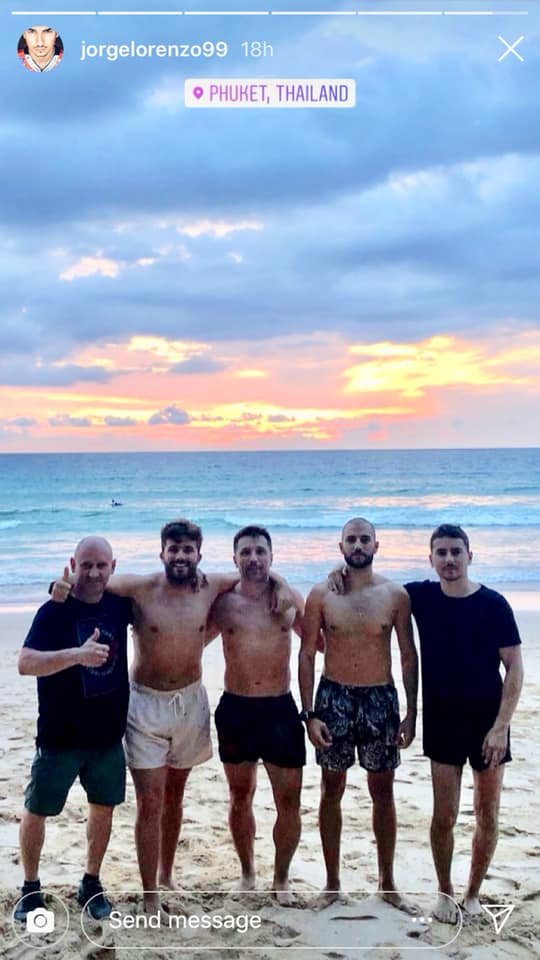 These will be my Umbrella Boys next year when I am the Chief Repsol.

But it hurts a little bit now. This Japanakiaki circuit is very stupid. It should not be on the calendar at all. Too many brakings must take place and this causes me to go slow for the safety and everybody else must slow down as well. But they do not, Gigi! It is like they do not care for the safety.

But there are more problems here in stupid Japanakiaki than this disrespect for everything that is safe.

Firstly, the Criminal Redding has put the purple hair of a prostitute he has obviously kidnapped and shaved on hs own head. It is only a matter of time before he starts wearing their skin over his own. I think he already smells far too strange and this will only make it worse.

Secondly, there are far too many Takagumi Nagasakis racing here. Why do these people all have the same names? Are they all related to each other? Is there one father who has made all the geishas with child and they must name them all after him?

Thirdly, why do these Takagumis not cook their smelly fish like Christians? It is a bad influence. The Zombie Puta has painted his oversize helmet with images of this raw seafood, which is understandable because he has been an undead thing all season, and the undead like to eat raw sea-vermin and put it on their heads.

Also, Marquez has painted Japanakiaki swear-words on his helmet in the fake gold he has scraped off Bautista’s glittering whore-suit – to which I notice Bautista has now added black leopard spots under the arms. I know this is because he wants to look like golden black leopard when he is crashing.

This was my idea all along and you need to send him a stern letter telling him to stop taking my sensual spotted-Mamba styling from me.

So then we are agreed. I will take the 25 points here and also in that stupid place where the seagulls all attack and where it always rains and is always windy, and all the Lost Tribe of England stands in knee-deep in wet fields full of manure and yells at me.

Then I will have the 50 points I need to win the championship by 120 points. I have done the mathematics. It was a great season for me, no?

I am happy, Gigi. Are you happy?