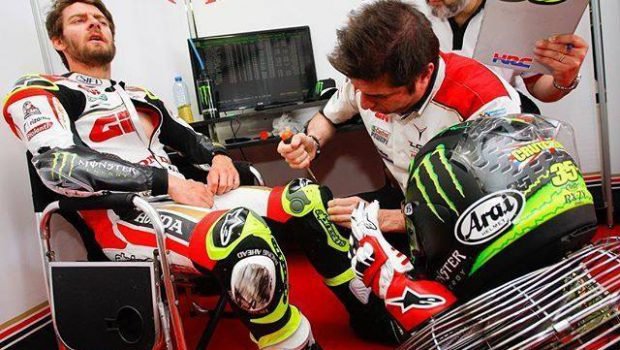 Look, I know I’m currently in 12th, but according to numerology 12 is a very powerful number. It stands for focus, work ethic, and the Disciples of Jesus.

And it’s also the atomic number for butter.

Anyway, that’s not why I am messaging you.

I’m messaging you because I know why Cal is third and I am 12th.

Look at this! They are putting wings in his knee sliders!

Gigi, this is huge! I caught them red-handed. Honda has obviously been looking at the grey areas in the rulebook. Again.

I want you to send a formal protest to Dorna. You know how excited Carmelo gets whenever he gets a letter from me.

The letter should state that George (that’s me) has single-handedly caught Cal Crutchlow red-handedly cheating by getting banned wings fitted to his knee sliders.

There are no wings this year! Nowhere!

I like Cal, but not enough to not dob him in for this. It’s a disgrace.

PS. Thanks for the beanbags. They’re really good.