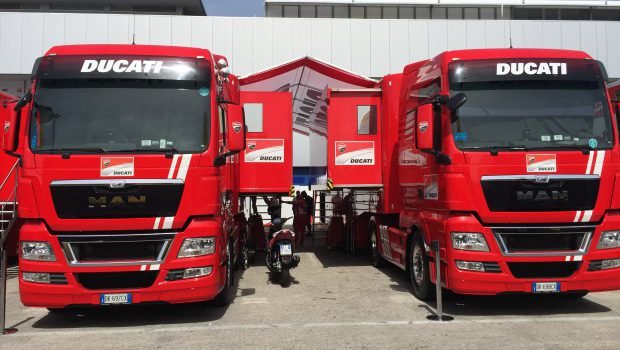 “He is like a length of slow-riding yellow kaka!”

Have I told you how much I hate Mugello? Why don’t the stupid putas just paint the whole track yellow and be done with it?

It’s not like the people are here to see anyone but the Yellow Puta anyway. He should just do some parade laps, the Italians can all touch themselves, and the rest of us can go to the beach or something.

Still, I am rubbing their greasy faces in their own mierda a little bit. I am miles ahead of him in practice. My time in the second practice session is a sizzling 1’47.954, Gigi!

All he can manage is a shitty 1’48 flat. He is like a length of slow-riding yellow kaka!

I have broken him. Yes, I know his toy motocross bike broke him a little bit too, but I broke him first at Le Mans. He knew I was coming up on him and he fell off in terror. Now he cannot ride anymore and fell off again on his dirt bike. He knows it is over.

Look how he rubs his little chest and makes all the doctors fuss around him like he is actually in pain. He is a better actor than he is a racer.

I will show him on Sunday where the butter is smoothest again.

But there are a few things I need to know, Gigi.

How much longer do I need to stay ‘out of sight’ when I’m not riding on the track?

I know the Italians are mostly uncivilised farm animals (you’re the exception, of course, but then I have been a very good role model for you), but they can’t spit at me all the time, can they? Surely there is only so much saliva an Italian can produce no matter how many disgusting arancinis he eats?

Look how close we have to park our trucks to avoid the spitting! How can I do my spear practice when the trucks are so close together?

I know you have told me to always wear a raincoat when I’m not out on the track, but it is very warm here, and I get very sweaty dressed in plastic all day. I have, of course, shaved my private areas, which I do whenever I travel to Italy so as not to get lice, and this makes the sweating worse. I will show you my rash this evening. It is a very angry red colour.

Yes, I know the raincoat is for my own good. God only knows what terrible diseases these filthy people are carrying in their mouths. How did they ever let them into the EU? I thought there were standards about those things. The next thing you know the EU will be letting in the Hungarians, Albanians and even those Macedonian gypsies who steal my rubbish after each race and sell it on eBay.

How is Matthias, by the way? Has he approved my pay increase? I am producing the results, you know. And he did say there would be bonuses when that happened.

I expect to be on pole on Sunday, and I will probably lead from start to finish, but I may drop back a little and let some of the slower riders through. That will make it more interesting for them. It will also kill those screaming Italian monkeys when I pass everyone and take the win. T

Please tell my team-mate not to get too confident. It was good of you to give him my bike for a few laps so he could have a good second practice session, but he does understand he has to give it back, yes? Those are my octopuses, Gigi, not his.

And tell him to stop smiling. He looks like he has brain-damage. It is creeping me out. I only like him when he looks sad, broken and disappointed with himself for not being the Number One Factory Ducati Rider

For I am the Hammer, the Butter, the Mamba and the Spartan, for ever and ever, world without end, Amen.