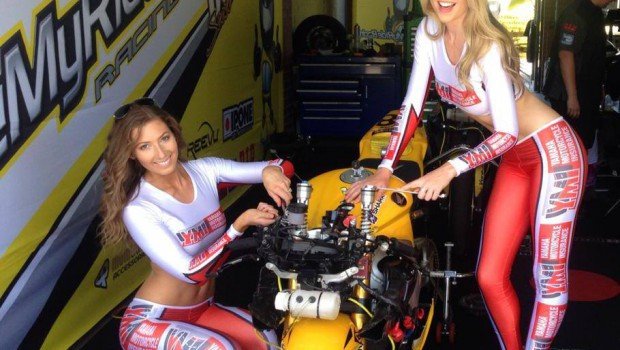 Because we care, and because Track Marks is best live and in your face asking the hard questions, and because almost everyone in the motorcycle media takes everything ever so seriously – Boon, Dan and I arrived at Sydney Motorsport park on the Saturday – which was the middle day of a three-day race extravaganza. 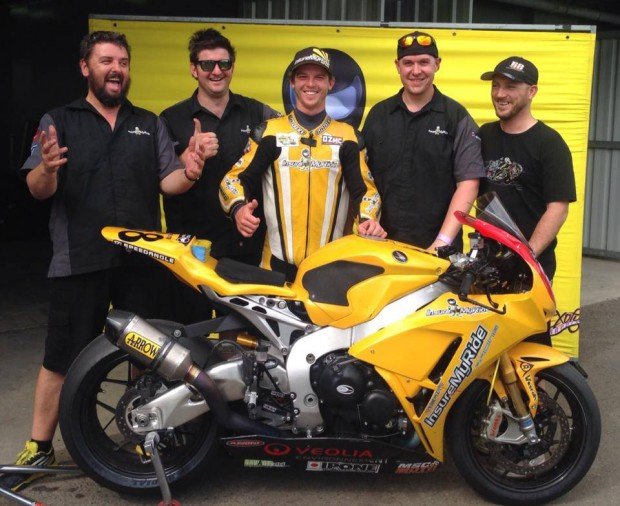 We interviewed Glenn in his underpants. Ladies, the line forms over there.

It was billed as the Australasian Superbike Championship. Almost all of the country’s top racers would be there, so we planned to get up in their shit with a microphone and a camera and ask them important questions about who could beat Glenn Allerton in a fight and what they may have dreamt of last night. You know, the crucial stuff.

And we did do just that, and discovered a couple of things in the process:

1. Our racers do have highly developed senses of humour and a real sense of fun. But how could anyone have ever known that given how the motorcycle media deals with them? You’re gonna find out how much fun they are when Dan edits up the video we made. 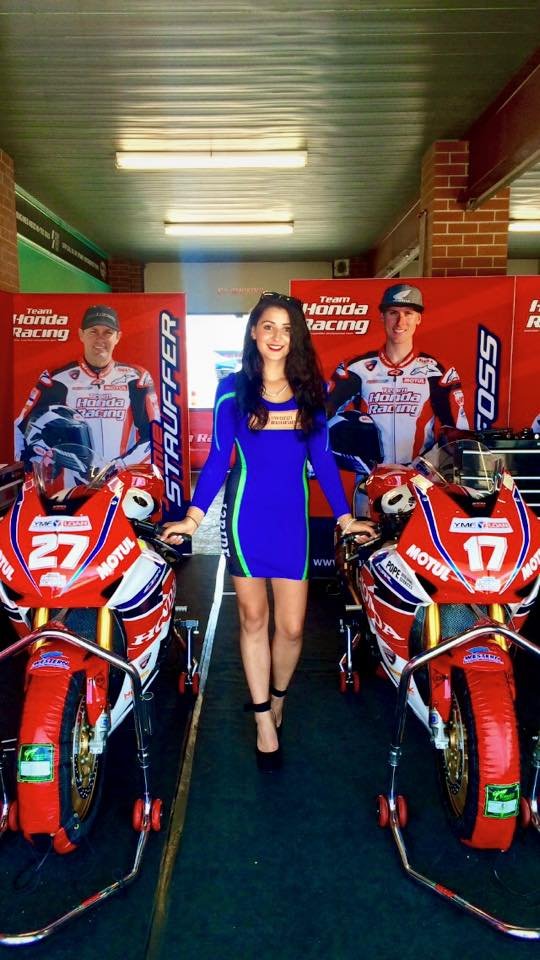 2. No-one gives a shit about motorcycle racing in this country except the racers, their immediate friends and families and the promoters. Parc Firme was full to bursting with trailers, tents and the hum of a busy full-on race-meeting. The stands were empty.

3. Whoever is promoting these races seriously needs to get a clue about marketing. Unless you’re avidly following the series, you’d have no idea it was on. 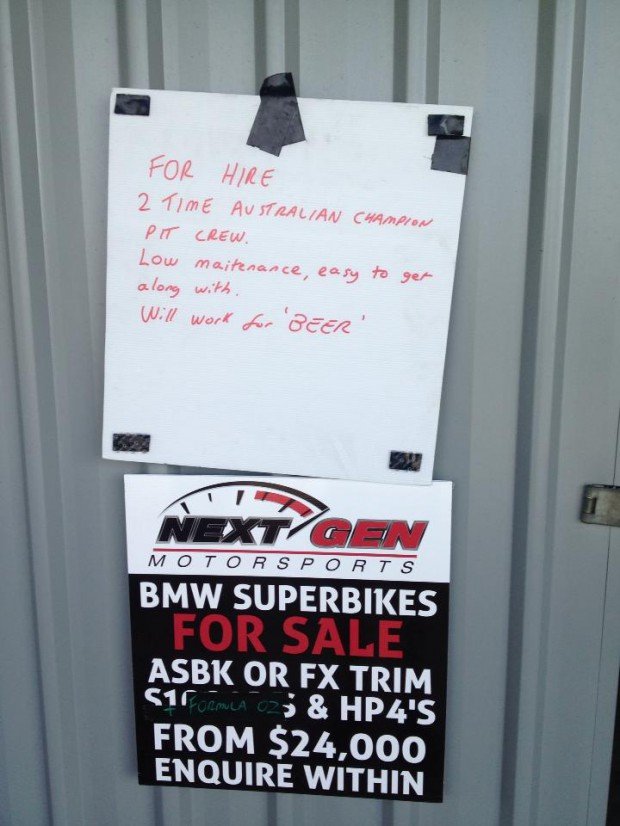 They’re not kidding, either.

4. Thirty bucks to get in? Seriously? For one day? Go fuck yourself. If I need to tell you why $30 is $30 too much to wander around between races (and there are looong pauses between the racing) staring at…well, the racers waiting around to race, you’re some kind of dumb. What? You can’t hire a few blokes to strum some guitars under a shadecloth? Supply some balloons so the kids and grown-ups can have a waterfight to stave off the heat? How fucken much does a mariachi band cost? Have a grid girl comp. They’re already there, FFS. Wanna know how social media works? Come and ask me. The racers Twitter and Facebook their brains out and you cannot capitalise on that? For shame.

6. Thank your lucky stars the ARDC has that air-conditioned café there. It’s a place that serves passable food and beer. Without that, we’d once again be reduced to eating shit half-cooked by over-heated lunatics in shonky trackside caravans. You know, like in the 80s and at Phillip Island all the time. 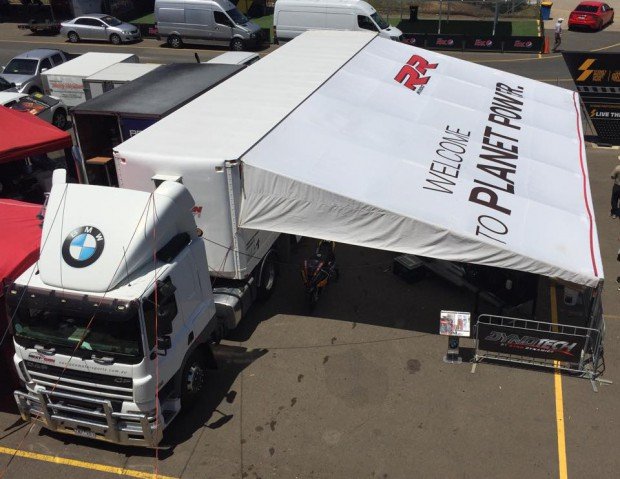 No expense is spared.

Quite frankly, it breaks my heart to see the state our road-racing is in. But it’s not the racing per se. That, as always, is fabulous.

Our racers are stoicism and dedication personified. They race their hearts out because that is what racers do. There’s no money it for them, and there’s shit-all glory or public acclamation. But they are not daunted; the level of team professionalism and presentation remains high.

But major teams are exiting the sport in 2015 due to lack of factory support and the crushing financial cost that comes with trying to race in two competing series, neither of which seems to understand how to get the public along to a meeting, and will be content to make their money out of the racers’ entry fees and government grants. Because they’re sure as shit not gonna make it out of the spectators. 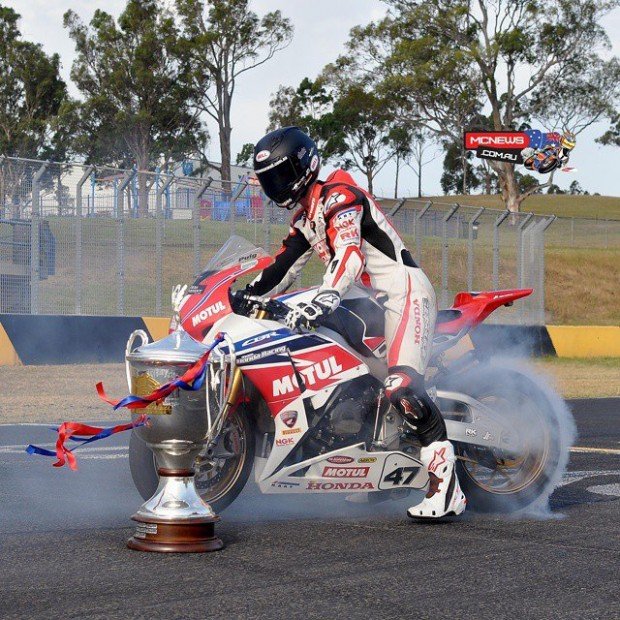 Congrats to Wayne Maxwell. Smoke ’em if you got ’em, mate.

Nonetheless, I would still encourage you to get along to race meetings when you can save up enough to afford an entry ticket. The racers are approachable, their pit garages are accessible and the promo girls are getting hotter all the time. The racing is brilliant. Maybe you could bring a deck of cards, some chairs and a foldaway table to while away the down-time between races. Beats sitting in an empty echoing grandstand by yourself.