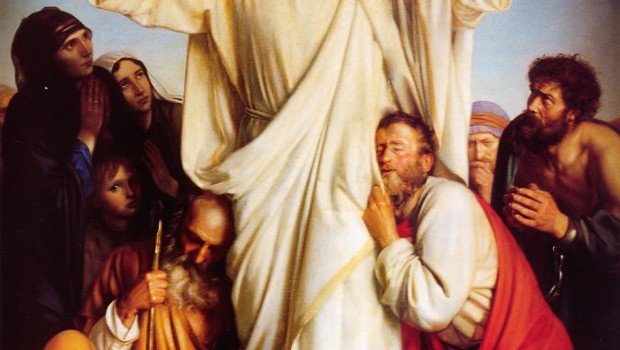 WHO ARE WE TO JUDGE? 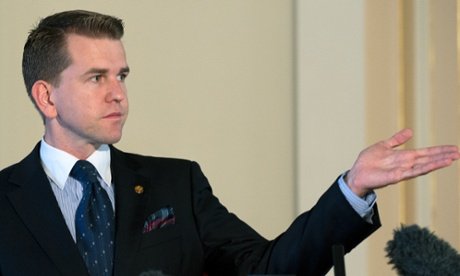 Jarrod being passionate…or a teapot. It’s hard to tell.

Queensland Attorney General, Jarrod Bleijie is passionate about fighting crime. It is evident from his seemingly genuine, heartfelt speeches that that he cares about keeping the community safe and making Queensland a great place for families. His emotive pleas to the community to accept his new range of crime-fighting laws demonstrate his commitment to task.

So If one were to believe the State’s highest-appointed legal mind, crime is on the rise, Queensland is a haven for serious violent offenders, and everyday businesses, trades and social groups have been infiltrated by dangerous thugs intent on destroying the Sunshine State.

Clearly, if this is actually the case, something must be done. But what price are people willing to pay for these promises of safety?

The new laws, which ban bikies from attending certain premises, being seen together in public, and working in certain industries, are some of the strategies employed by Jarrod. Other laws provide for mandatory 15-25 year sentences for certain offenses, solitary confinement, wearing of pink jump suits, refusal of bail and the crushing of motorcycles for those who come under the nebulous definition of ‘participant of a criminal organisation’ (not with any evidence to back up this claim, but merely on the say-so of police) and who are convicted of any offense. The laws have been applauded and fully supported by Premier Campbell Newman, and Police Minister Jack Dempsey, who has made ‘no apologies’ for getting tough on crime.

To ensure there is no escape for slippery crims from the strict provisions, the definition of ‘participant’ includes people who say, act or imply they are members of any declared Motorcycle Club, and anyone who has participated in the affairs of the Club, which may include attending a motorcycle show or going on a ride. Social interaction could potentially land a person in the firing line, epitomised in a bizarre declaration by Detective Inspector Brendan Smith who stated, “It cannot be socially acceptable to be a friend of a bikie”. 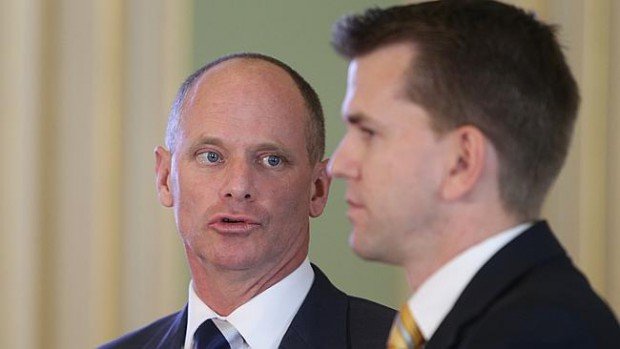 “I have always loved you..”

At this point, I am sure many good, law-abiding Queenslanders are nodding in agreement. Who in their right mind would consciously associate with criminals? Who could possibly choose to have among their friends, those who have allegedly committed any type of criminal offence?

Actually, Jesus would. Jesus, the Son of God, glorified by Christians, and with whom Jarrod Bleijie and over 61per cent of Australians identify. Jesus counted social outcasts, non-conformists, and criminals among his friends. However there is no ‘loving thy neighbour’ in Queensland. Doing so could even land you in jail; particularly if that ‘loving’ extended to a ménage a trois.

One must rigorously question the spin and rhetoric emanating from the Government and Police. Why do these laws, which Jarrod has insisted, despite much evidence to the contrary, are what the community want, go against the basic values of our society? The Queensland Government is encouraging members of the public to turn on each other, based on an arbitrary judgement by politicians regarding who is deemed socially acceptable and who is not.

Jarrod Bleijie has not given a clear description of a ‘criminal’ that law-abiding members of the public, keen to collect their share of ‘dob in a bikie’ dollars, can safely rely on to ensure that the community is safe. However, he has made it clear that the public should fear tattooed men, and those who wear black leather vests while riding their motorcycle. When police officers themselves cannot tell the difference between a Sons of Anarchy T-shirt and real Motorcycle Club apparel, and hoteliers cancel the Christmas party bookings for social riding groups, the wisdom of the inner circle in providing such vague and hysterical descriptors must be queried. 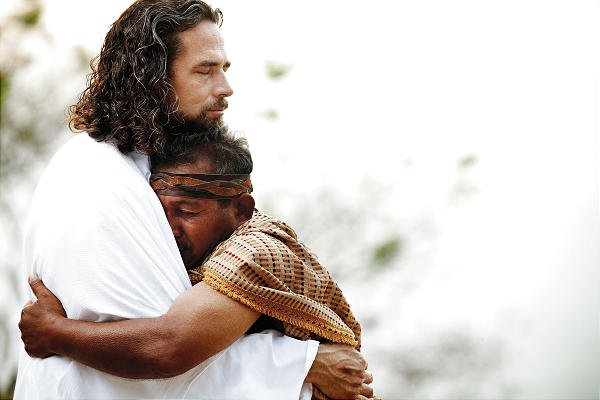 “There, there. Don’t worry, I promise to bring a plague upon all their houses. I’ve spoken to Dad. He is pissed as.”

The police have declared a massive increase in calls to Crimestoppers, but one must ask, what offences are actually being reported, and how many of these people, suddenly under immense police scrutiny, are actually decent, law-abiding citizens who might just look a little rough, ride a motorcycle, or simply appear a little out of place?

To deliberately incite distrust in the community because of what other members of that community look like is criminal.

A Government taking it upon itself to judge its constituents on appearance and association violates the fundamental principles of our justice system. The vast majority of offences attributed to bikies are traffic infringements and minor drug charges, and of all crime, those committed by ‘bikies’ accounts for less than one per cent. One must question whether Jarrod expects us to also vilify Mr Jones if he commits the offence of leaving his car window down more than five centimetres, or shun young Bill for stretching his leg while riding his motorcycle. Or maybe we should dob in Mavis for those funny looking plants she grows behind her shed; she dresses a bit weird, so why ever not?

Perhaps Jarrod would like the good citizens of Queensland to focus their fear on the builders, plumbers, locksmiths and electricians who visit their homes to unblock their toilets, fix a light bulb or patch up that broken window frame. According to Jarrod, criminals have infiltrated these essential occupations, and the public should rightly be afraid of strange men, who just may have affiliations with bikies, invading their homes. But how is one to know if Joe, who just happens to have a tattoo on his arm and a beard, is really vile criminal scum or a highly skilled and experienced changer of locks?

Jarrod’s insistence on vilifying a sector of the community, to the point that he deliberately instils fear into the public, is damnable. A favourite Government and Police response is that if you have done nothing wrong, you have nothing to worry about. But when the Government defines your ‘law abiding’ status by your choice of friends, your choice of transport and your unavoidable family associations, one must question the purpose of the laws. All societies need laws and law enforcement, but laws that encourage community hate, simply for who a person is, what he looks like and who he associates with, will not make families safe.

Judging who may be a danger to society, based largely on appearance and association should ring alarm bells for any right-thinking member of the community. The place to determine criminality is in the courts, before a real Judge, with evidence adduced of criminal activity, and not based simply on what you look like or who you are. Punishing people for non-conformity under the guise of stamping out crime should see Jarrod Bleijie and Campbell Newman judged harshly and damned forever in the eyes of every free thinking Australian.

And history will judge them.