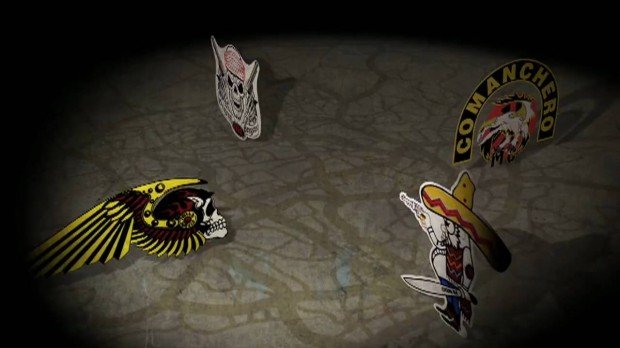 If you ever needed a demonstration of what horrors occur when a government and its enforcers fail in their sworn duty to the people, look no further than the recent so-called “anti-bikie legislation”.

This is the legislation that flowered swiftly in the wake of the fight between two outlaw motorcycle clubs at Sydney’s domestic airport. It is called the Crimes (Criminal Organisations Control) Act 2009 and it has become law despite zero community consultation and howls of outrage from the NSW Bar Association and the NSW Law Society.

And that is precisely what the government wants you think about a law that actually doesn’t even mention outlaw motorcycle clubs, but instead bears all the hallmarks of something the Nazis were busily promulgating in Berlin circa 1936. It is legislation that actually rewards the clueless catastrophe masquerading as the NSW Police Commissioner with more power!

No less a personage than the Director of Public Prosecutions, Nicholas Cowdery AM QC has blasted these laws, stating that: “The legislation does not apply only to bikie gangs, but to any ‘particular organisation’ in respect of which the Police Commissioner chooses to make an application. Where will the line be drawn? This legislation could be applied to any, even small, informally organised group whose members the Commissioner alleges ‘associate for the purpose of organising, planning, facilitating, supporting or engaging in serious criminal activity’.

“These words cast a very wide net – far wider than the elements of conspiracy, one of the most broadly defined crimes in the criminal calendar,” Cowdery continued. “Why should the responsibility for identifying which organisations warrant being declared under the Act be vested in the Police Commissioner, an unelected official? The spectre of a police state lurks here – an unacceptable slide from the separation of powers by linking the powers of the Police Commissioner with those of ‘eligible’ judges.”

I encourage you to read Mr Cowdery’s take on the legislation, at http://justinian.com.au/files/cowderybikielaw.pdf, and consider how long before the Catholic Church and its paedophiles are thus prosecuted, since it fits the above definition perfectly.

But before you all rush off and educate yourselves, I would like to point at the big elephant in this particular room. An elephant that despite its enormity has been utterly ignored by both the media (which is inexplicable and unforgivable) and the cops (which is entirely understandable).

And no, it’s the not fact that we already have sensational laws prohibiting the bombing of premises, drive-by shootings and the bludgeoning of people with lengths of steel.

Nor is it the fact that we also already have meaty anti-gang laws, as Mr Cowdery points out: “There is already anti-criminal-group legislation in Division 5 of Part 3A of the Crimes Act 1900, enacted in 2007, under which successful prosecutions have been brought. There may be more a need for better enforcement, than for new legal powers.”

The big elephant is the one that demands an answer to the question about how it was even possible for the fight at Sydney airport to occur in the first place.

Two obviously antagonistic groups are sat on a plane exchanging insults for the best part of the hour-long flight from Sydney to Melbourne, yes? Witnesses and staff have stated that members of these groups were making phone calls and threats long before the plane landed and the fight ensued, yes?

So I have to ask what prevented the pilot from radioing ahead and saying: “Look, I’ve got two openly hostile outlaw motorcycle gangs on the plane who are most certainly gonna get up close and personal the moment they disembark, so it’d be really good if that brilliant airport security we’ve all heard about in the wake of Al Qaida’s assault on western civilisation could spring into action and be prepared for a bit of argy bargy when we land.”

And for all I know that radio call may well have taken place. And for all I know the super-duper extra-maximum security apparatus at the airport (albeit cunningly disguised as fat, stupid, rude and insensitive gronks in ill-fitting uniforms) did indeed spring into action – though video evidence would suggest otherwise.

We shall never know for sure.

Because instead of dragging the Australian Federal Police, the NSW Police Commissioner and the Teletubbies running airport security onto a mat and publicly tearing them several new and revealing arseholes over their manifest inability to prevent a well-telegraphed brawl at what is allegedly one of the most secure places in Australia, the failure that is the NSW State Government chose to enact some of the most disturbing and openly vile legislation in our brief history.

And the fact that we, the sheep who put the politicians there, let them do this without so much as a single little bleat of protest, is just as disgusting. If not more so.