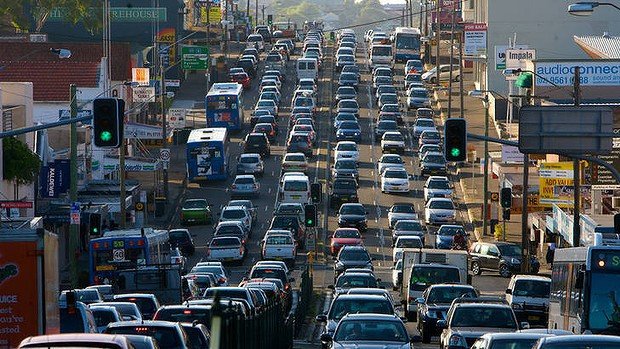 I’M NOT GETTING IT 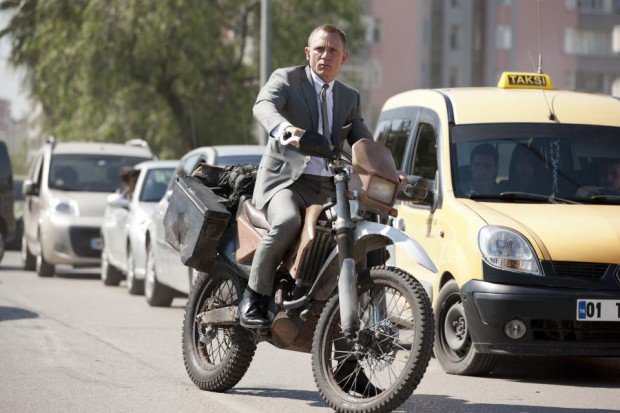 So wear your suit.

Each day I ride past them. Each day I am in awe of their empty-eyed stupidity. Their simple-minded persistence in their folly is like a ruthless autism. Even cattle being herded onto the killing floor of an abattoir evince a greater awareness and concern.

I am at a loss to understand why they do it. Day after endless day, they repeat the same action. I do not imagine they hope for a different outcome, for that would be madness, so I can only conclude that they have surrendered all hope, submitted to the inevitable ennui of the daily grind  – and their miserable lives have become even more miserable with this bizarre capitulation.

I speak, of course, of car drivers and the soul-crushing despair they subject themselves to.

Their ranks stretch for kilometres, as they creep and lurch at less than walking pace along the roads their taxes pay for. The shameful brevity of their lives has become nothing but a weeping perversion of what life needs to be in order for it to be worthy of the name.

It’s all I can do not to fall off my bike with schadenfruede.

For I derive great pleasure in seeing them abased in this wonderful way. I am not at all ashamed to admit their wretchedness makes me smile.

Of course, I don’t get why they inflict this on themselves, but that doesn’t stop me from basking in their anguish, much like a pig happily wallows in the manifold pleasures of his rancid bog.

But while I am pleased with their self-inflicted agony, I am confused.

My confusion stems from knowing they do not have to do what they do. There is no sane reason why an adult human being needs to subject itself to the shrieking soul-hell that is traffic.

Yet they do it.

It’s like an expensive form of self-harm. But while there is some underlying reason for a fat Goth chick to cringe in her bedroom and slash her lardy thighs with her dad’s razorblades, I just cannot comprehend a reason to sit in traffic in a car. Unless of course, you have to because your job demands you drive.

But if yours is not a driving job, why would you do this to yourself?

My commute is 39 kilometres long. On a bike, on the worst traffic days and at the worst times, it takes me no more than 35 minutes. I’ve done it in a car and that same commute takes anywhere between two and almost three hours.

This is not time I am being paid for. This is not time I can spare – emotionally, physically or spiritually. This is dead time; a time of screaming and wanting to run howling through the streets murdering my fellow citizens with a lumber axe.

I am astounded that doesn’t actually happen on a daily basis. If I found myself sitting in traffic for several hours a day, there would be clumps of hacked bodies by Day Seven that stretched from the lights near my house to where the cops would shoot me in the head.

There is not enough music on this earth that I could listen to in my car that would prevent that from happening. If anything, the aural swill emanating from the radio would force my hand as early as maybe Day Four. Using a CD player I would have been through my entire music collection by Day Six, the distractions would have ended and the axe-murdering would begin.

How could it not? What kind of mental deficient voluntarily chooses to sit in Peak Hour traffic, wasting hours of his life, when an alternative hammers past his windows every now and then? What kind of Kool Aid has such a creature swallowed which lets him repeat this exercise in fingernails-against-the-blackboard lunacy day in, day out?

I cannot understand this.

It defies my comprehension.

Is this what we, as a species, have become? A legion of submissive lab-rats, content to while away our brief lives in a crucible of unbearable torment? Yeah, sure, the crucible might have a comfy seat and a nice stereo, but it just sits there, or creeps along at a snail’s pace.

The alternative (and this is what really confuses me) is so glorious and liberating and nourishing, it’s almost unbearable. It’s cheaper, it’s faster, it’s more efficient at everything, except maybe carrying bags of shopping and keeping the rain off you, but that’s it.

Why would you not choose it automatically?

Last I checked, we are not made of sugar. We do not melt in the rain. And supermarkets do deliver what we buy if we ask them to. They’ve been doing that for decades.

And so I continue to abide in confusion. My fellow man has clearly decided that vast chunks of his life are best spent doing nothing while going somewhere important slowly. And he seems to be perfectly alright with that decision.

If someone would tell me what is wrong with that picture, I would be obliged.