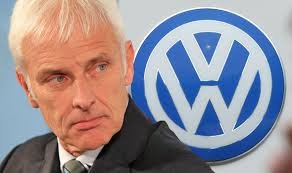 “I shit on your Tintenfisch, George. We had entire aquariums full of fucken Tintenfish delivered to Wolfsburg and every order docket was signed ‘Der Spartaner’.”

So this is Auf Wiedersehen. But since it is unlikely I shall ever sehen you again, it’s better I give you that old Prussian farewell, ‘Scheiße essen und sterben’.

Would it have killed you to have maybe won one race? One single solitary race? Was that too much to ask? I injected 20 million Euros into your Swiss bank account faster and harder than the last time we visited Poland.

I do not feel I got my money’s worth, George.

Gigi, may the all the bearded Götter in Deutsche Himmel eat his dirty lying Italienischer whore-giblets, told me you were the one.

“He is the one, Matthias!” the trembling Italienischer Schweinewurm stammered that fateful day as he stood in front of my massive oak desk in my massive oak-lined office in Wolfsburg.

He had stinking Italienischer piss running down his skinny legs as the lies about you and your abilities tumbled from his weak Italienischer mouth.

I trusted him. Just as my people once trusted his people not to drop the geficken ball and were boned in the arschloch for that trust, so was my arschloch boned by Gigi’s piss-dribbling Italienischer Hündin-penis.

Twenty million Euros for you to dance around the MotoGP circuits like a stinkender Spanischer Scheißaffe making demands about Tintenfisch!

I shit on your Tintenfisch, George. We had entire aquariums full of fucken Tintenfish delivered to Wolfsburg and every order docket was signed Der Spartaner. What we did not have was podiums.

Happily, I will never have to see another tub full of fucken Tintenfish. But at least Dovi is providing podiums.

Your new boss, however, is a different story. I don’t know what his reaction to your Tintenfish bullshit will be. I’m thinking it could be unpleasant. And possibly involve Rottweilers.

Has Herbert Diess written to you yet? Has he told you how he feels about spending more of Volswagen’s money on a motorcycle racer who does very little actual racing and a whole lot of Tintenfisch ordering?

I’m sure he will.

I’m also pretty sure he will speak at length to Gigi about things. Herbert is an engineer and he has very clear ideas about how engineering works. You see, in Our World (and it is all Unser Welt, Liebe George) the engineering always works.

We normally find that after the Schwanze Ratte is beaten with oiled cables made from good Krupp steel, his ability to use our engineering improves greatly.

Under my watch there was more Wolfsburg under that Ducati’s fairing than there was Bologna. Why else do you think Dovizioso has been as fast as he has been? Ja, the steel cables, of course. But also the German engineering.

The same German engineering that went into your Ducati. So you could then go nowhere, apparently.

Ha! Never mind. It is no longer my problem. It is now Herbert’s problem.

I am going to drink bier and eat pork knuckle, dumplings and Hassenpfeffer until my cholesterol turns me red, fills my arteries with yellow fat, and kills me with a massive heart attack.

And then I will be free of you forever, Liebe George, you schreckliche Spanische Fotze.