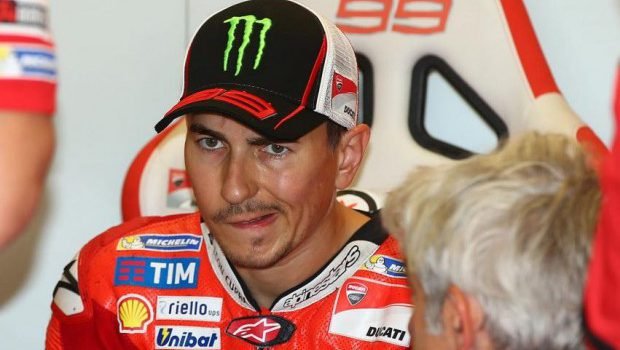 If you tell me the stupid Italians have re-named this racetrack after the Yellow Puta in honour of his busted legs, I’m going straight home.

It’s bad enough everyone here is dressed in yellow like so many human urine samples. He’s not even racing! What is wrong with these Italians? How can you support a racer who is not even racing? Who still supports Agostini?

Yes, I know he’s leading, but he has no-one but me to thank for that. And maybe you, a little bit. But mainly me. Without my constant counsel, advice, team leadership, and motorcycle development, he would be fighting with Sam Lowes over who gets to sleep in the homeless shelter next year.

So, no. It’s pointless even considering this scenario. The scenario we need to be discussing and then putting into practice is painting my racing number on his motorcycle. That way there will be two Number 99s out there accumulating more points than just one 99 bike.

I’ll bet you wish you’d thought of that, huh, Gigi? It’s genius. Andrea won’t even notice. His eyes are too full of tears and terror to be able to read his race number, and I can always blindfold the idiot. And since when is “04” a real number?

So that’s settled then – 99 everywhere all the time.

Now that brings me to these other rumours about Ducati being sold to the Himalayans. So mountains are buying us now? Does Matthias know them well? Has he climbed them? I’m sure he has. Those Germans climb everything.

Clearly the Himalayans wish to buy Ducati because of my involvement, so please tell them I am ready to renegotiate my racing contract as soon as the ink is dry on their purchase.

Will Matthias have a job when this happens? We could find something for him to do around here, couldn’t we? Does he know anything about spears? What about octopi? Wait! I know! He can churn my butter! I’ll send him an Email after the race.

Now where’s that firehose? I need to clear the area in front of my motorhome of these Yellow Puta putas. They are everywhere like brightly-coloured cockroaches.