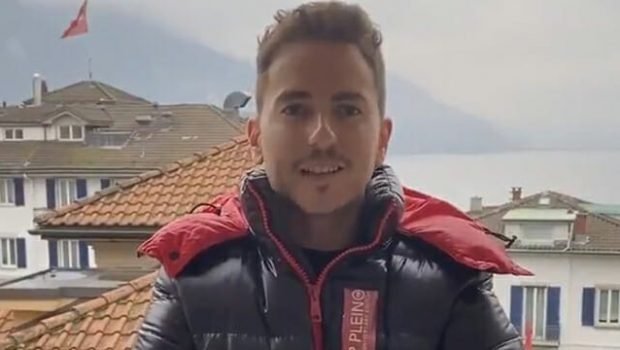 “I go to the front door and what do I see? Yes, of course the eagle that soars above my house like a mountain shark, but also four rice-smelling Bushidos from Yamaha.”

I know you have missed me but I have been busy. That Instagram mierde will not post itself, you know. Gigi used to do it for me when I was developing the mierda Ducati for that Crying Catastrophe and Fatrucci the Puta of Fat, only to see them ruin everything, as usual.

When I was developing the Satu Hati Mati Fati Respolo for the HRC Bushidos, they gave me a servant to take my Instagram pictures. He was not very good and I think he died when I made him climb that mountain where the eagles live.

So then I said to everybody “Adios, putas!” It was enough. I develop all these bikes, I show all the children the best racing lines, I show leadership to everyone, and what do I get?

Nothing. My spine is thicker and stronger than a normal person’s so it takes longer to grow back. And now it is fully grown and strong, like the trunk of a tree that grows on the mountain where the eagles fly.

And then one day, when I was watching my servants clean my pool and massage my collection of racing leathers, there was a scratching sound on my door.

My servant, Diego, came to me and bowed and said: “Perdóneme, Jefe Lorenzo, but some small people have come to see you.”

I go to the front door and what do I see? Yes, of course the eagle that soars above my house like a mountain shark, but also four rice-smelling Bushidos from Yamaha. They have these tattoos on their hands which say: JARVIS IS GOD.

They say to me with their faces in the dirt: “Konichiwa Great Mamba Shogun Of The Racers. We have come to beg you, like the unworthy filth that we are, to please come and make the great development testicles for Yamaha.”

I immediately pour the boiling water on them to see if they were serious. They made the screaming and then they said to me: “Domo arigato, Glorious Emperor Of The Corners, we receive your boiling blessing with humility. Please say yes to make the testicle development for the Yamaha.”

The boiled little Bushidos banged their boiled little heads against the ground over and over because it is hard to bow when you are lying on your face.

“Domo arigato!” they all yelled in time, which I think is my new Bushido name, and then they gave me a lot of money and a golden bucket with an sex-octopus in it.

I make the phone call to Lin that evening.

“I have come back to make everything better for everyone,” I say to him.

It was too much for him. He start to scream and to cry and he threatened to shoot himself in the face.

“I forbid you to do that,” I said to him sternly. “I am the new Boss of all the Yamahas, and I will decide when is the time to shoot yourself. And that time is not yet, Lin.”

He was so overjoyed he dropped the phone. I cannot blame him. It is a big favour I am doing for him.

And now I must call the Yellow Puta and tell him a few things.

George – BOSS OF THE YAMAHAS