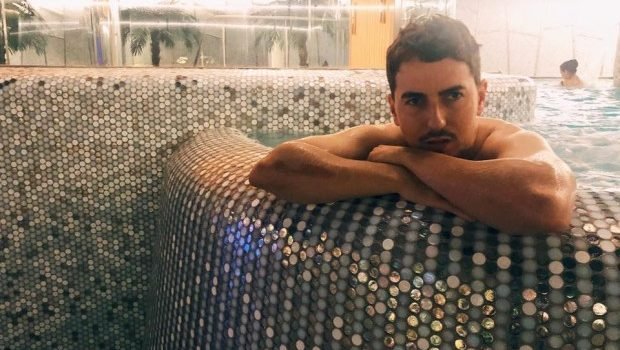 Not a single visit. Not single postcard. Not a single basket of fruit and chocolates. I have been regrowing my spine for two months now and you have not even called me. Has a polar bear eaten you?

Ha ha! I am kidding. What polar bear could stomach an old, brown, Eskimo puta like you? You would taste like a frozen mierda and dog-cheese.

So why have you not called? Unless you have been wracked with grief and unable to speak. I think that is what happened, yes? 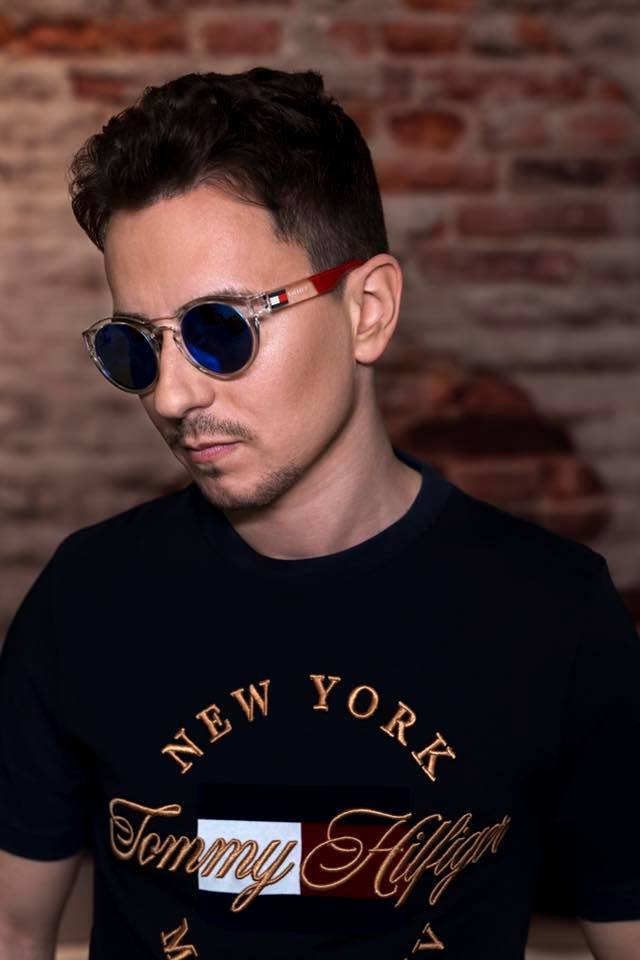 Do not kneel at my feet. Go and kneel outside where I will not fall over you.

I do know you phoned the doctor to see how many of my spines I had broken.

The doctor told me. “Senor Mamba Gloriosa di Madre di Dragonas,” he said, as I did sit-ups in the recovery room. “Your Eskimo called. He kept saying: ‘Is it over? Tell me! IS IT OVER! Can I go home?’ and it sounded like he was a little hysterical.”

No, Poo-eegah. Do not be hysterical. You cannot go home. Your home is where I am. Not some piss-stained ice-floe near Crutchlow’s house.

And I am not there. I am here, making the Special Tantrum Yoghurta moves with my pelvis to strengthen the spinal-thrust power. Twelve times every day I must tense my Svadhishthana Chakra, and say “Ooosht-tagaaahh” through my nose as I push my immense Manipura Chakra at the sky. I have sent you a photo. 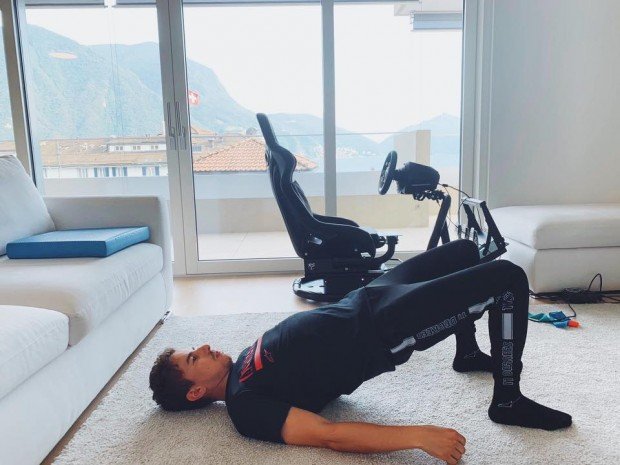 My Manipura Chakra was all attention that day. Yes, I am building a car in living room. So what?

I will be training very much and doing the Special Tantrum Yoghurta movements for the rest of the season. So you need to by a carpet for the pit garage.

So anyway, I have been mostly at home, though I have been to the beach with Carlito and showed him where the Yellow Puta’s career drowned. 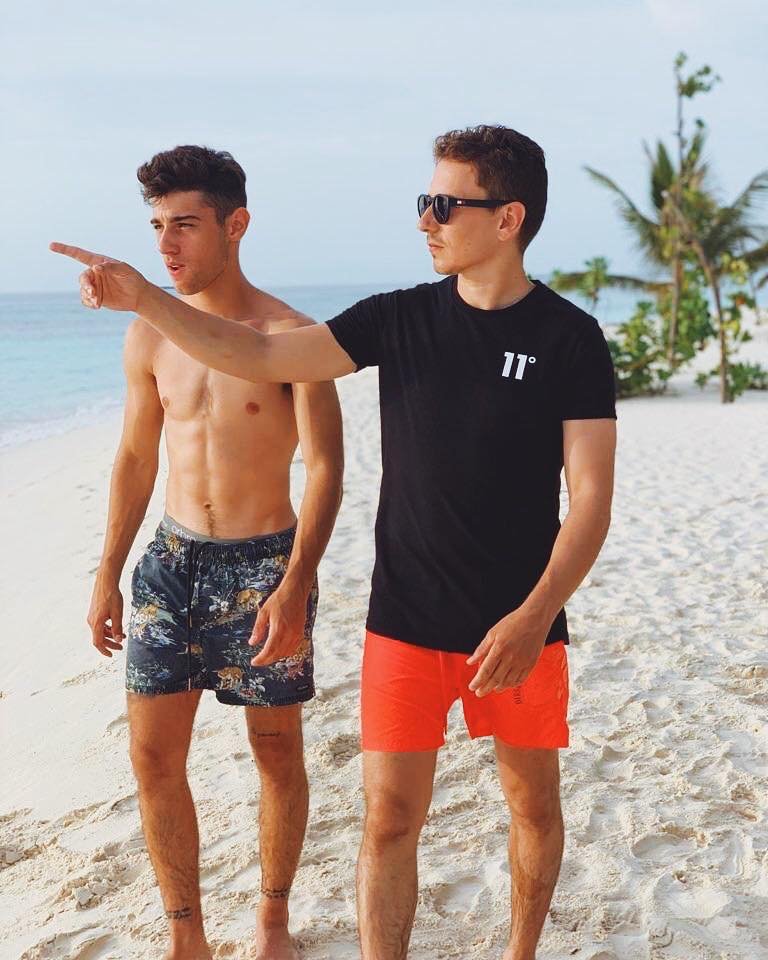 See? It was over there. You are not looking again.

It is about time the Yellow Monkey finally married Uccio. The wedding looked like a stupid village sheep-auction, of course. Two Italian farmers drying their sausages in the sun would have looked more festive. 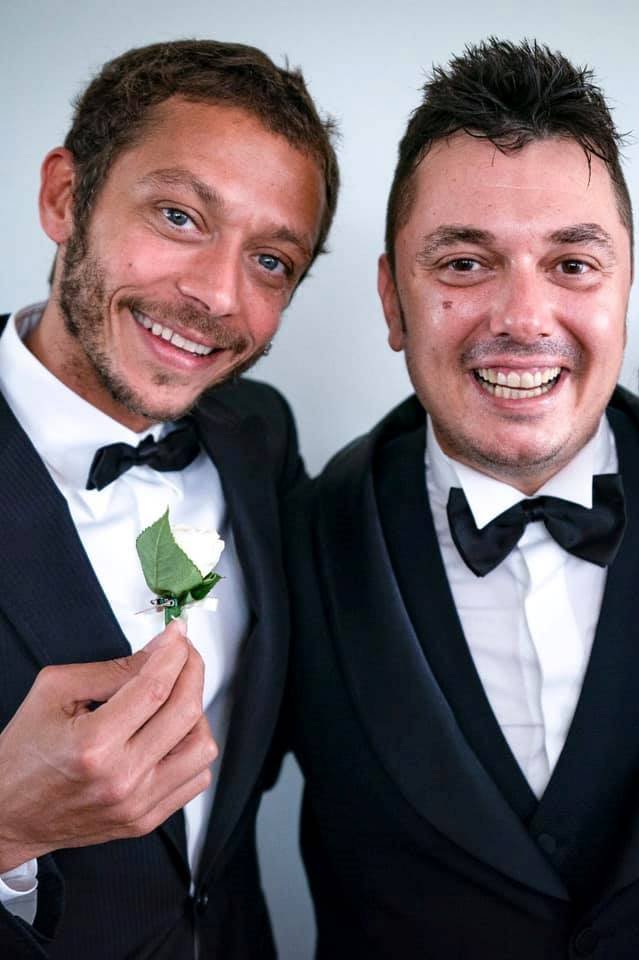 You must stop crying for me, and come here now. I need you to rub seal-milk into my feet with your coarse hands. Your hands are rough from years of hanging onto the pit-lane guardrail like a frightened orangutan. Carlito’s are soft, like the head of that Poodle-girl, Quartarararari. He does not get the penetration your sandpapery ape-hands do.

And no, you have nothing better to do. The championship is on hold until I return. Everyone knows that. Carmelo told me nothing will happen until I return. And nothing has. I have been watching.

Marty and the other putas just replay the old races where I would let him win as I selflessly developed his Repsola rubbish, and everybody finishes behind him. Except Crutchlow, who crashes.

The people watching do not even notice.

So because I know you care for me like a mother, I have to tell you I am very well. My spine has grown back and is stronger than ever. It is like a steel cable now, but thicker and with extra steel. I am ready to race yesterday.

In fact, I was ready to race the day after my spine was broken, but the doctors are all cowards who dance with other men in German nightclubs. What do they know about spine-medicine? Nothing!

I do not need a spine to race against that harem of worthless has-beens, waiters, poodles, Can-Can dancers, beer-pigs, Tom Cruise, corpses, unshaved gorillas, Oliveira, and frightened, sad-eyed mops who cry all the time.

The doctors do not understand the courage of the Spartan! They do not know my hammer has been buttered with the defeats of my racetrack enemies!

But soon they will see this for themselves. I have given them all VIP passes to all of my races. You will bring the passes with you when you come.