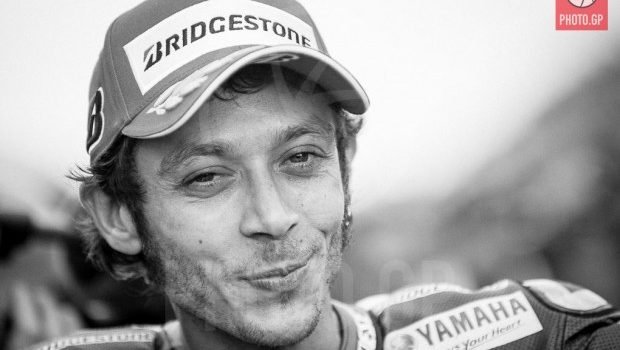 “How you break that? You fall on your head, yes? Did the falling gravel hit you on the toe? Is a mystery.”

No more football for you, yes? Ha, ha! I am sorry, but I think your broken little dito del pede must hurt very much and you will not make the good disco for a few weeks.

How you break that? You fall on your head, yes? Did the falling gravel hit you on the toe? Is a mystery.

I had the very bad Qualifying and I was very far behind at the start. Allora, but because you fly very high, like the Mamba with the wings of an eagle and the spreading legs like a frog, I see very good when you shoot up into the air.

You did not make the orbit, but was not bad, yes? I even see how you land on your head and then how your angry Ducati push you in the back, like a woman who wants to get past you to go to the toilet.

Allora, is also very good how you say Marquez made you open the throttle on a bad part of Turn One. He is like Fenati except in reverse, yes? Ha ha!

You must have opened it very much because Cal and Jack also ride on that part of Turn One behind you, and maybe because they did not open the throttle like you, they did not fly into the sky, yes? I do not know. Is another mystery, yes? I had very many laughing tears in my eyes and my, how you say, vision, it was little bit blurry, ha ha!

Cal, who has a very big heart, also crash later. I think he was thinking of you and did not want you to be lonely in Clinica Mobil. Also, Bautista make the crash and it look very much like the exploding golden jewellery box. He will have a lot of fun in the Superbikes next season.

Allora, is a good idea for you to go to the Safety Commission and make the complaint on Marquez. They have the big file with all your complaints. The file is called “Racers Lorenzo hates less than Rossi but still a lot”. It is a thick file. It even has racers from British Superbikes, the Red Bull Rookie Cup and a few from Formula One.

But OK, in the race where you did not race, I try very hard and I push and I make many good passes and I come in eighth position, so is not the best, but this year the Yamaha is eating very much the merda. So we must improve all the time.

Lin is always making the telephone to Japan. All the time he calls. He calls maybe four times during the race, Uccio tells me. He say to them: “Are you seeing this? Are you putting the sharp knives in your belly so the rice falls out?” Uccio say he is very upset.

Maverick is upset too. But that is OK for me. I do not care about his feelings very much. I will maybe give him a puppy to wipe his tears with. Maybe you can give Dovi a puppy too? Like a goodbye present, yes?

Allora, look, I still have that wall I make when you were being a big stronzo in the team. I will send it to the Respols and they can put it in the garage for you next season. But maybe they will need to fix the holes first on your side first, yes?

I have good memories from then, ha ha! I win and when I come back I hear this “Thonk! Thonk! Thonk!” noise on the other side of the wall. First, I think maybe you try a new braking system. But Lin say you smash your helmet into the wall over and over, like a pazzo.

So now we go to Thailand, and again I will try very hard to make the Yamaha less merda. Is very hard, but we must always try, yes?

If you like, maybe you can make a few parade laps. I think the Respols still have the thumb brake from the Mick Doohan. Maybe Gigi can fit it to the Ducati, yes? Then you do not need your foot. Ha ha!

Do you know the sun is yellow? And sometimes the moon, too.

“I go to the front door and what do I see? Yes, of course the eagle that soars above my house like a mountain shark, but also four rice-smelling Bushidos from Yamaha.” →